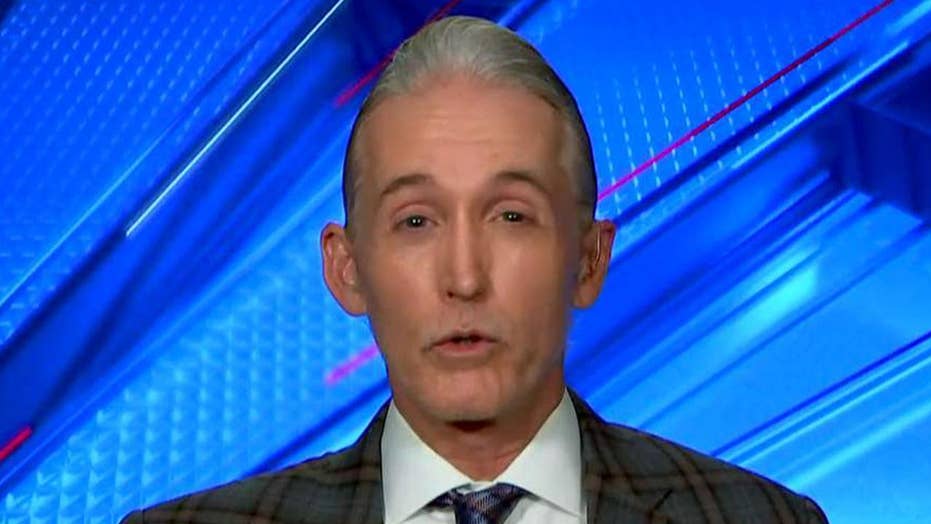 Trey Gowdy: John Dean is not a fact witness or legal expert

Former U.S. Rep. Trey Gowdy called out the media Friday for continuing to cover some Democrats' calls for the impeachment of President Trump.

"I hope you, even you, have realized now that duplicity and relativism with which Republicans are covered versus Democrats," Gowdy told "Hannity" guest host Jason Chaffetz.

Gowdy, who represented South Carolina in Congress from 2011 until earlier this year, accused the media of playing a pivotal role in keeping the Russia collusion narrative alive.

"This story, they wanted to get it started right after the inauguration. And they want to keep it going until November of 2020. And even having a pathetic, sad hearings that don't benefit anyone other than the folks advertising on television, that is part of this effort to keep it alive," Gowdy said.

Gowdy, 54, who opted to retire rather than seek another term in Congress, said that the media will have to reflect on why Americans don't trust them.

"At some point, they need to ask themselves, I wonder why we are not trusted. I wonder why people think we are in the tank with the Democrats," Gowdy said.