"I'm just trying to process...the democracy is at risk, so let's impeach a duly elected president... over a crime for which he was not indicted? I'm trying to process how all that works together," Gowdy said on "The Story with Martha MacCallum" Thursday.

"Here's what I can tell you about Eric. He's not just getting on the impeachment bandwagon, he helped build it," Gowdy said. 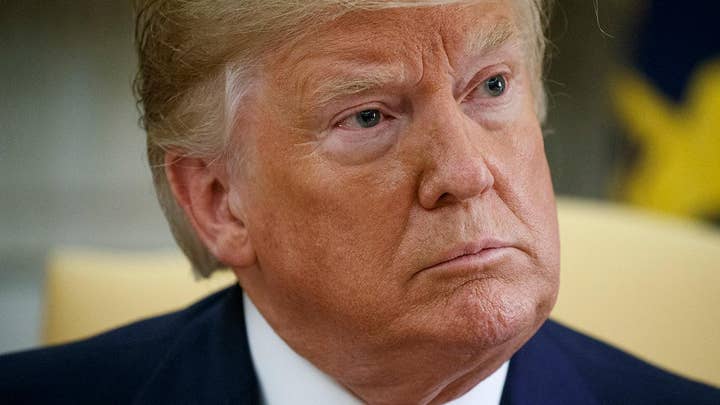 "He was on the House Intelligence Committee. They wanted a cloud over this presidency, and they got one. But he and Schiff have been leading the impeachment train, whether or not he formally called for it or not, his actions have indicated that he wanted Trump to not be president since the inauguration.

Earlier Thursday Swalwell, while appearing on MSNBC called for the impeachment of the president over his comments regarding listening to a foreign government with intelligence on a political adversary.

"But now it shows the conduct during the last election was also one that was done with intent. I don't think we can wait any longer. Our democracy is at risk," Swalwell said.

Gowdy also dismissed Swalwell's assertion saying he was confident that Trump or any other president would notify the proper authorities.

"I am... 100 percent confident and hopeful that this president and any other president would call the intelligence community and law enforcement if a foreign adversary were trying to impact our election," Gowdy said.

The former congressman also took aim at the FBI and former intelligence leaders saying then-candidate Trump would have been unable to trust Obama-era heads of those organizations.

"But the flip side of that is when you do pick up the phone and call, you have to have confidence in who is on the other end of the line but let's assume he called in June of 2016.  Who would he have gotten? Jim Comey, someone who's spent the last two years saying impeachment is too good for the president? John Brennan, is that who he's supposed to call?  A guy who says he's treasonous," Gowdy said.

Gowdy added, "The FBI also has an obligation to be so apolitical and so objective that nobody has any qualms calling them."