Outgoing Associate Attorney General Rachel Brand says the Mueller probe did not spur her departure from the DOJ. (AP)

EXCLUSIVE – Former top Justice Department official Rachel Brand, in an exclusive interview with Fox News, pushed back strongly at speculation she left the Trump administration over concerns she could have been tapped to oversee the Robert Mueller Russia probe.

"Anyone who actually knows me knows that had nothing to do with my departure,” Brand told Fox News on Tuesday.

Brand spoke with Fox News during her last afternoon as associate attorney general, the No. 3 DOJ post. She recently made the surprise announcement that she’s stepping down to take a position as Walmart’s executive vice president of global governance and corporate secretary. 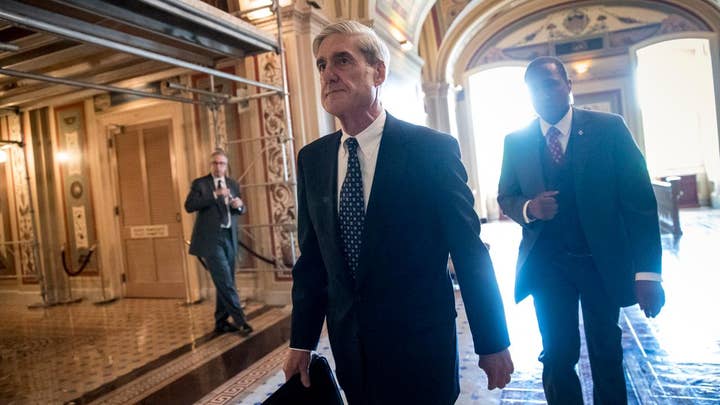 The move spurred anonymous-source speculation that she’s leaving in order to avoid the possibility of getting caught up in the internal politics of the Russia investigation – namely, being thrust into the role of Mueller’s keeper if Deputy Attorney General Rod Rosenstein were to be pushed out.

RACHEL BRAND, NO. 3 OFFICIAL AT DOJ, IS STEPPING DOWN

Brand, however, stressed that she’s leaving only to take a job "most lawyers would dream their whole career about taking.”

'I never had any reason to think that the Mueller probe would come to me.'

“These kind of jobs come along maybe once in a career, and when they come along it might not be the perfect timing for you, but you have to take the opportunity when it comes,” she said.

Brand bristles at some of the reports about the circumstances of her exit.

"I never had any reason to think that the Mueller probe would come to me, and even if it had, it has nothing to do with why I left the department," Brand said. "… This was about seizing an opportunity, not about leaving DOJ."

Brand, the first woman to serve as associate attorney general, built an impressive resume by the time she was nominated for the post by President Trump. 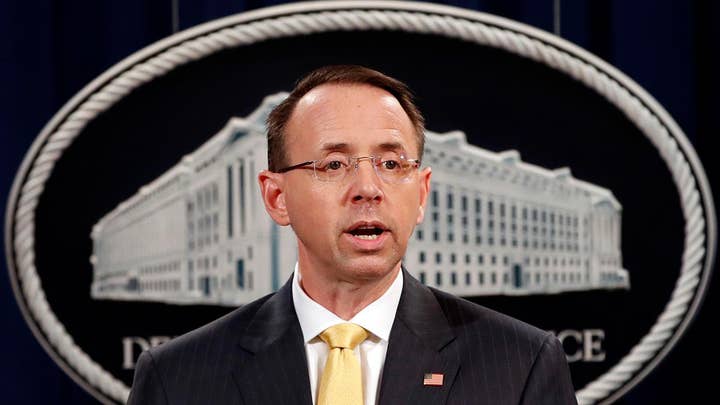 She has held senior titles inside the Department of Justice during three presidential administrations. After helping to represent former President George W. Bush during the 2000 presidential election recount in Florida, she served as an assistant attorney general for the Office of Legal Policy. In 2012, Brand was appointed by former President Barack Obama to serve on the Privacy and Civil Liberties Oversight Board.

But her tenure in the Trump administration came with unavoidable questions about the direction of the Russia probe.

Mueller presently is supervised by Rosenstein, since Attorney General Jeff Sessions recused himself from the Russia investigation last year. But as Trump has fumed over the investigation – typically via Twitter – lawmakers have warned about the possibility he could oust Rosenstein.

If Rosenstein were to go, Brand would have been next in line to supervise the case.

A source close to Brand inside Justice headquarters, though, scoffed at the idea that she was "overwhelmed," as one report suggested.

"If she really wanted to leave DOJ, she wouldn't uproot her whole family to Arkansas, she could have easily found something closer to home,” the source said.

Still, Trump has made a habit of attacking the Department of Justice, including the attorney general and the FBI, during his first year in office -- leading many to worry about morale at the department. He renewed that pressure on Wednesday, questioning on Twitter why Sessions isn’t looking at “Dem crimes” amid the Russia probe.

However, Brand told Fox News she believes morale inside the department is high and the workforce is "committed to the mission."

When pressed to comment on the rocky relations between the White House and DOJ, Brand told Fox News, "I think that the overwhelming majority of the DOJ workforce does a pretty good job of tuning that out."

Looking back at her lengthy DOJ career, Brand said she sees the push for the reauthorization of Section 702 of the Foreign Intelligence Surveillance Act as one of her key victories.

"On the night of the cloture vote in the Senate, it was extremely tight, we had to get to 60 votes," Brand recounted. "The floor was held open for hours because we needed that 59th and 60th vote and to work closely with [Director of National Intelligence Daniel] Coats … was an incredible honor and a pleasure.”

The reauthorization “was a huge win for the intelligence community and for all Americans.”

Brand also pointed to her work during the George W. Bush administration getting Justice Samuel Alito confirmed to the Supreme Court as another highlight.

"The kind of work we do here is amazing. It's very fulfilling. It's really important,” she said.

"Of course I will miss my colleagues here at the department," Brand said. "I wrestled with leaving, because I do enjoy this work so much ... but I'm also excited about my next chapter."