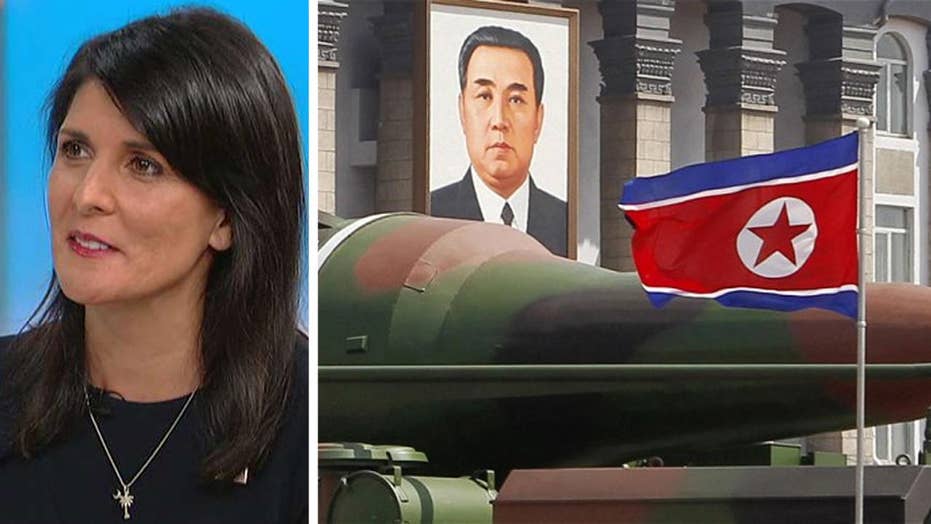 Haley on North Korea: We hit them and we hit them hard

U.S. ambassador to the U.N. speaks out on U.N. sanctions on 'Fox & Friends'

Haley confirmed late Wednesday that her spokesman, Jonathan Wachtel, and her chief of staff, Steven Groves, were both departing their posts due to family concerns.

“Thanks for your concern. Both Jonathan & Steve have recently encountered family concerns. They will always be a part of the team & dear friends,” Haley tweeted Wednesday night in response to The New York Times’ Maggie Haberman and an assignment editor from an NBC affiliate in Phoenix, Ariz.

Prior to joining Haley's team, Wachtel worked for Fox News Channel as a producer for over a decade, and Groves worked at conservative think tank The Heritage Foundation.

"Jonathan [Wachtel] was hand-picked to ensure that Haley's communications operation ran at the highest levels, and while he was there he made the mission into one of the most nimble and responsive parts of the Trump administration," a longtime foreign policy hand close to the White House told Fox News. "His absence is going to be felt immediately."

Their resignations come amid rising tensions with North Korea, and days after the U.N. Security Council unanimously passed a strong sanctions package against the regime.