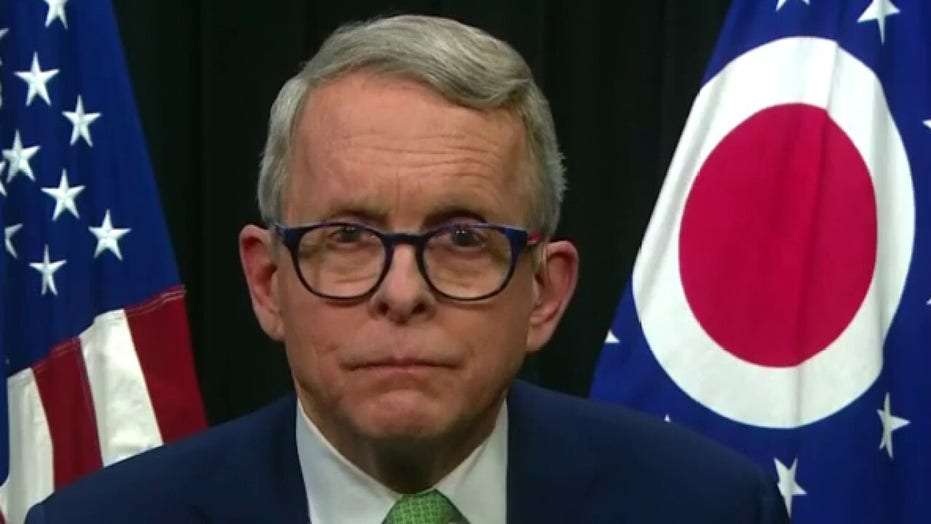 Ohio Gov. DeWine: We didn't want residents to choose between exercising their constitutional right and their health

Tuesday marked around round of primary races in Arizona, Illinois, Florida and Ohio, the latter of which had its election canceled when the state delcared a health emergency after a judge denied Gov. Mike DeWine's initial order to delay the election.

On Monday night, Perez was asked about whether or not he agreed with the states that were "going forward" with their primaries.

"Yes, we respect what they're doing," Perez told MSNBC host Chris Hayes, later saying: "I don't think it's for me to second-guess those judgments" of governors who insisted they are able to safely carry on with the primaries.

Perez and the Democrat Party were blasted by voices on the left for not taking a stronger stance as health concerns continue to rise.

"I don’t understand why anyone besides a health expert in pandemics is deciding whether states should be voting in person tomorrow. Who cares what @TomPerez thinks, what does Anthony Fauci think?!" actress and former New York gubernatorial candidate Cynthia Nixon said about the prominent White House task force doctor.

"Tom Perez is stupid and reckless. This is going to get people killed," author Matt Stoller tweeted.

"Primaries being held today are already a DISASTER. @TomPerez and the @DNC  will go down in history as sanctioning the endangerment of lives," Status Coup founder Jordan Chariton said in response to remarks made by a Chicago-based election judge who documented the chaos occurring at her polling place.

"This is active voter suppression. Everyone who wants to should be able to make their voice heard in an election. But by forcing the primaries to go on in a pandemic, that ability is robbed from those most susceptible to the sickness. Cancel the pandemic primaries!" progressive journalist Walker Bragman said.

"Allowing primary elections to proceed as scheduled during a deadly global pandemic gives me 'violinists on the sinking Titanic' vibes," The Young Turk's Emma Vigeland tweeted.

"Trying desperately to urge people to take coronavirus seriously and to stay at home -- and then holding elections and encouraging them to go vote at polling stations filled with poll workers and others: the opposite message -- is appallingly irresponsible. Hard to watch," The Intercept editor Glenn Greenwald wrote.

Some even suggested that the Democratic "establishment" was pursuing the elections so that voters don't consider voting for Sen. Bernie Sanders, I-Vt., over "their candidate of choice," former Vice President Joe Biden.

"The dem establishment pushed for these elections to continue because they are terrified that voters will reject their candidate of choice if given any time to think it over. Their disregard for public health is shocking," The Hill TV's Krystal Ball said.

"As our country deals with the uncertainty of COVID-19, it is critical that states provide clarity and not confusion, which could lead to disenfranchising voters. States can provide easy access to voting while still taking necessary precautions to protect the health and safety of the American people. In order to ensure the voices of voters are heard, the DNC is urging the remaining primary states to use a variety of other critical mechanisms that will make voting easier and safer for voters and election officials alike," Perez said. The simplest tool is vote by mail, which is already in use in a number of states and should be made available to all registered voters. States using vote by mail should proactively mail ballots to registered voters, where feasible, and should count all ballots as long as they are postmarked by the date of the primary."

He continued, "Additional tools include no-excuse absentee voting, whereby a voter can either drop a ballot off at convenient locations or drop it in the mail. And, where in-person voting can still take place under public health guidelines, states should expand days and hours of early voting to reduce lines."