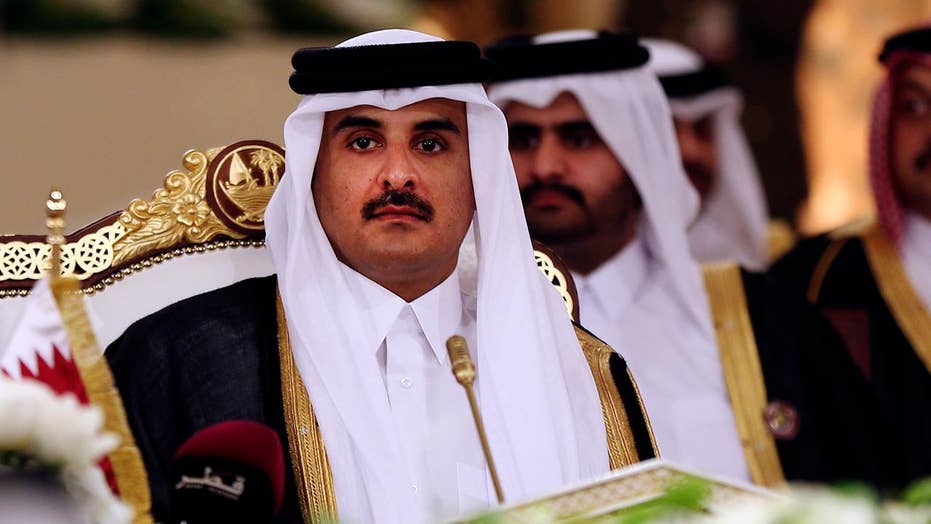 Secretary of State Rex Tillerson urged the Gulf nations to work out their differences after five countries severed ties with Qatar Monday for allegedly embracing several terrorist groups and its ties with Iran.

Tillerson, speaking alongside Secretary of Defense James Mattis in Sydney, said he did not believe the diplomatic crisis would affect the war against the Islamic State.

"I think what we're witnessing is a growing list of disbelief in the countries for some time, and they've bubbled up to take action in order to have those differences addressed," Tillerson said. "We certainly would encourage the parties to sit down together and address these differences."

Saudi Arabia, Bahrain, Egypt, the United Arab Emirates and Yemen all announced they would withdraw their diplomatic staff from Qatar, which is home to a major U.S. military base used for the air campaign against ISIS. Saudi Arabia also said Qatari troops would be pulled from the ongoing civil war in Yemen.

All the nations also said they planned to cut air and sea traffic. Saudi Arabia said it also would shut its land border with Qatar, effectively cutting off the country from the rest of the Arabian Peninsula.

Yemen's internationally recognized government said it would follow Saudi Arabia and supported the kingdom's decision to remove Qatari troops from the Gulf coaltion fighting the war.

Qatar had appeared unperturbed by the growing tensions. On May 27, Qatar's ruling emir, Tamim bin Hamad Al Thani, called Iranian President Hasan Rouhani to congratulate him on his re-election.

The call was a clear, public rebuttal of Saudi Arabia's efforts to force Qatar to fall in line against the Shiite-ruled nation, which the Sunni kingdom sees as its No. 1 enemy and a threat to regional stability. Qatar shares a massive offshore gas field with the Islamic Republic.

Saudi Arabia said it took the decision to cut diplomatic ties due to Qatar's "embrace of various terrorist and sectarian groups aimed at destabilizing the region" including the Muslim Brotherhood, al-Qaida, the Islamic State group and groups supported by Iran in the kingdom's restive eastern province of Qatif. Egypt's Foreign Ministry accused Qatar of taking an "antagonist approach" toward Egypt and said "all attempts to stop it from supporting terrorist groups failed."

The tiny island nation of Bahrain blamed Qatar's "media incitement, support for armed terrorist activities and funding linked to Iranian groups to carry out sabotage and spreading chaos in Bahrain" for its decision.

Qatar said later Monday there was "no legitimate justification" for the Arab nations to cut ties.

The crisis comes after U.S. President Donald Trump's recent visit to Saudi Arabia for a summit with Arab leaders. Since the meeting, unrest in the region has grown.

"We are friends, we've been friends now for a long time, haven't we?" Trump asked at the meeting. "Our relationship is extremely good."