Why did Trump fire Tillerson?

Former Secretary of State Rex Tillerson on Wednesday told graduates at the Virginia Military Institute that there is a "growing crisis in ethics and integrity" in public life.

“If our leaders seek to conceal the truth or we as people become accepting of alternative realities that are no longer grounded in facts, then we as American citizens are on a pathway to relinquishing our freedom,” Tillerson told the graduates.

These were Tillerson’s first public remarks since President Trump abruptly announced his firing on Twitter in March. At the time of the dismissal, Tillerson was on an official trip to Africa and the president’s decision reportedly took him by a surprise.

“When we as people, a free people, go wobbly on the truth, even on what may seem the most trivial of matters, we go wobbly on America."

He did not mention Trump by name during the speech that warned about the dangers to U.S. democracy over the lack of truthfulness.

“When we as people, a free people, go wobbly on the truth, even on what may seem the most trivial of matters, we go wobbly on America,” Tillerson said. 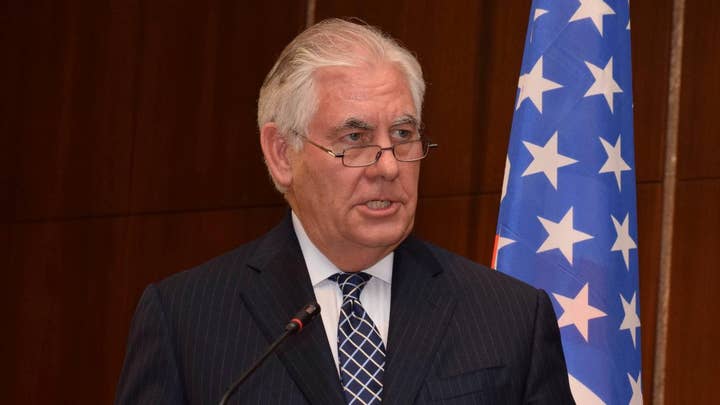 In the speech, Tillerson also took what might be a swipe at Trump’s economic agenda, issuing a defense of globalization and free trade.

"We must acknowledge, however, that every nation has the right to aspire to a better quality of life, and that free trade and economic growth are the means by which economic opportunity is created for all people," he said.