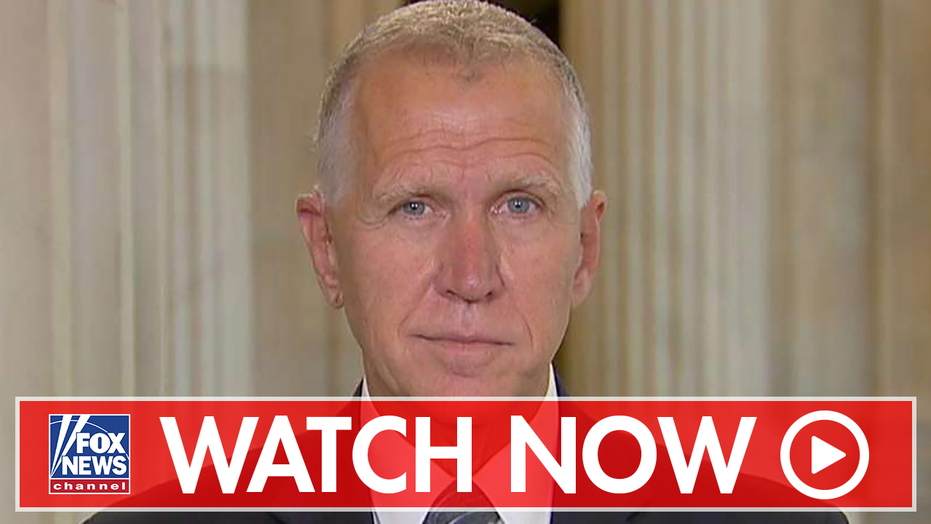 President Trump has to use every device at his disposal -- including tariffs -- when it comes to the immigration crisis on the southern border, Senate Judiciary Committee Member Thom Tillis, R-N.C., said on Tuesday.

Appearing on “America’s Newsroom,” Tillis told hosts Bill Hemmer and Sandra Smith: “I’m a free trader, but I do think we have to make it very clear: when you take advantage of our open economy, when you steal our intellectual property, when you don’t cooperate with us on things that are also important -- like securing the border -- then the president has to have those tools available to come to a good solution for the American people and our trading partners.”

The president announced he expects to start hitting Mexico with tariffs, in a long-running dispute over illegal immigration, as soon as next week during a joint news conference with Britain’s Prime Minister Theresa May.

“I think it’s more likely the tariffs go on,” he said, adding that it would be “foolish” for Republican lawmakers to try to block his move.

“I don’t think they’ll do that. If they do, it’s foolish. There is nothing more important than borders.”

He also told reporters that Mexico should “step up” and that “millions and millions of people are coming right through Mexico.” However, Mexico said earlier Tuesday that an agreement was likely to avoid the five percent tariff on Mexican imports the president has threatened.

“Well, I think it’s something that Mexico has to take a look at. What are the economic consequences? What’s the cost of securing the border and stemming the tide of illegal immigration across our border versus the cost of the economy having to withstand these tariffs. I hope that we can get to a good place, but I think the president has to use every device at his disposal,” said Tillis.

Other prominent Republicans were more hesitant to show their support for the president’s proposal. On Monday night, Senate Majority Whip John Thune, R-S.D., told reporters: “If [White House officials] continue down this path and they escalate the tariff, I suspect Congress is going to want to probably be heard from, for sure.” He said that Republicans were studying the legal authority on which the administration would rely to implement the tariffs.

At a news conference in Washington, Mexican Ambassador to the U.S. Martha Barcema said, “We have faith in dialogue and politics as a means to avoid a costly and unnecessary confrontation. We act out of deep-rooted principles and there is a clear limit to what we can negotiate. And that limit is Mexican dignity."

“All we’re saying is help us,” said Tillis. “We want to get the USMCA (United States-Mexico-Canada Agreement) passed. We want trade relations to be strong with one of our most important trading partners, but we also have to be mindful of the threat to our homeland, the threat to our economies, the threat to communities across this country...if we don’t come up with a way to secure the border.”

“We can solve this by stemming the tide, and Mexico is a very, very, important part of doing that.”