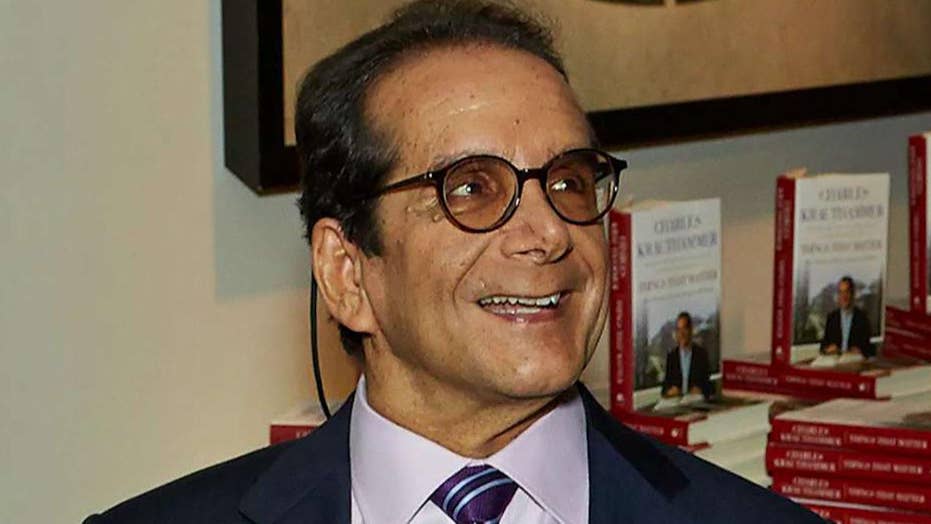 The life and times of Charles Krauthammer

Following is a selection of his wisdom from exclusive, in-depth interviews he has done with Fox News:

“I decided to become a writer so I could write about politics, because I thought that’s the most important thing one can involve oneself in. In the end, all the beautiful, elegant things in life, the things that I care about, the things that matter, depend on getting the politics right. Because in those societies where they get it wrong, everything else is destroyed, everything else is leveled.”

“America is the only country ever founded on an idea. The only country that is not founded on race or even common history. It's founded on an idea and the idea is liberty. That is probably the rarest phenomena in the political history of the world; this has never happened before. And not only has it happened, but it's worked. We are the most flourishing, the most powerful, most influential country on Earth with this system, invented by the greatest political geniuses probably in human history.” 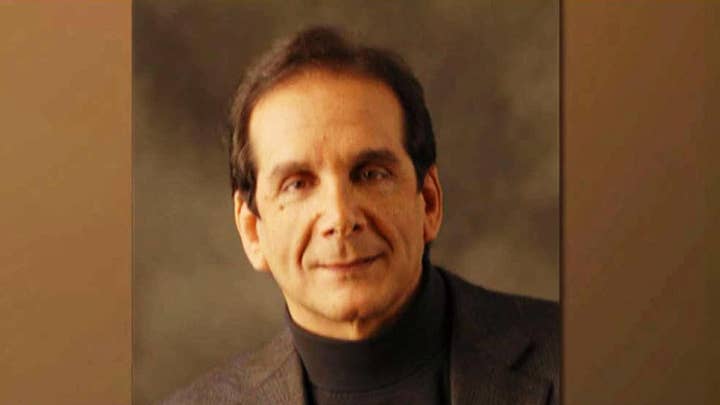 GO WHERE THE EVIDENCE TAKES YOU.

“I was a Great Society liberal.  I thought we ought to help the poor, we ought to give them all the money we can.  And then, the evidence started to pour in. The evidence of how these grand programs, the poverty programs, the welfare programs--everything was making things worse.

I didn't have a dog in that fight.  I was willing to go where the evidence led.  As a doctor, I'd been trained in empirical evidence.  If the treatment is killing your patients, you stop the treatment.”

“[Playwright] Tom Stoppard once said the reason he writes is because every once in a while you put a few words together in the right order and you're able to give the world a nudge. And sometimes I'm able to do that.”

HOW TO PERSUADE OTHERS

“You don't want to talk in high-falutin’, ridiculous abstractions that nobody understands. Just try to make things plain and clear.

The one thing I try to do when I want to persuade someone is never start with my assumptions, because if I do, we're not going to get anywhere. You have to figure out what the other person believes, and then try to draw a line from what they believe into what you believe in by showing them a logical sequence. But you’ve got to lead them along and you have to have it clear in your head from the beginning or you'll never get there.”

“I've calmed down a bit from where I thought: this is it, it’s the end, we're done. I’ve sort of accepted the fact that there's an organic evolution to society, and as long as we keep civil society strong and in constraint to some extent, we're going to do okay.  So I guess you could say I've become a mellow conservative.”

THE IMPORTANCE OF STRUCTURE

“When you write anything--a column, an essay--if you have the structure right, everything is easy. You get the structure wrong, you'll never get it right. You’ll spend hours whacking your way through the weeds with a machete and you won't be able to escape the marsh.”

“In our sophisticated historical analyses, we tend to attribute everything to these large underlying currents, to certain political ideologies, or social changes like industrialization or the growth of women's rights and all that. But that’s missing the obvious—there’s usually a person who influenced things in a way that all the underlying forces cannot account for.

In American history, (there’s)  Washington, Lincoln, FDR, Reagan--they all stand out.  It’s a way of looking at history that's less abstract, and is more recognizing the individual, which we tend not to do.”

“Faith is something that one has or doesn't have; one doesn't construct it. The one thing I do believe is that of all the possible views of God, atheism is the least plausible. The idea that there's no meaning or purpose or origin--that the Universe is as it always was, is to me entirely implausible for reasons of physics, apart from faith. Because if you reason back to first causes, and if you’re an atheist, you get to a logical contradiction.”

“In major league baseball you can see the highest level of play—it’s irresistible. I love the game

And there's such a beauty in the intricacy of chess--you use words that to a non-player seem nonsensical—elegance, romance—people don’t see it when you push a piece of wood across a board.

Anything done at a high level of excellence always intrigues me because it's the ultimate expression of being human, that you do something, something you don't have to do.

What's the point of playing chess?  There is no point.  There doesn't have to be a point.  It's just the beauty of the exercise and the difficulty of it that make it worthwhile, admirable and very pleasurable.”

“[Writing commentary] is more than passion.  It's purpose.  I'm very lucky to have ended up where I am by pure blind luck--how I stumbled upon what I was meant to do.  It turns out I have some aptitude for it and I love it and I think it's important.  That's a great rarity in life. And I appreciate every day I wake up that I can do that and it turned out that way.”

“All it means is whatever I do is a little bit harder and probably a little bit slower. And that's basically it. Everybody has their cross to bear-- everybody.

I made a promise to myself on day one [after my injury].  I was not going to allow it to alter my life.

It's very easy to be characterized by the externalities in your life. I dislike people focusing on it. I made a vow when I was injured that it would never be what would characterize my life.  I don't want it to be the first line of my obituary. If it is, that will be a failure.”