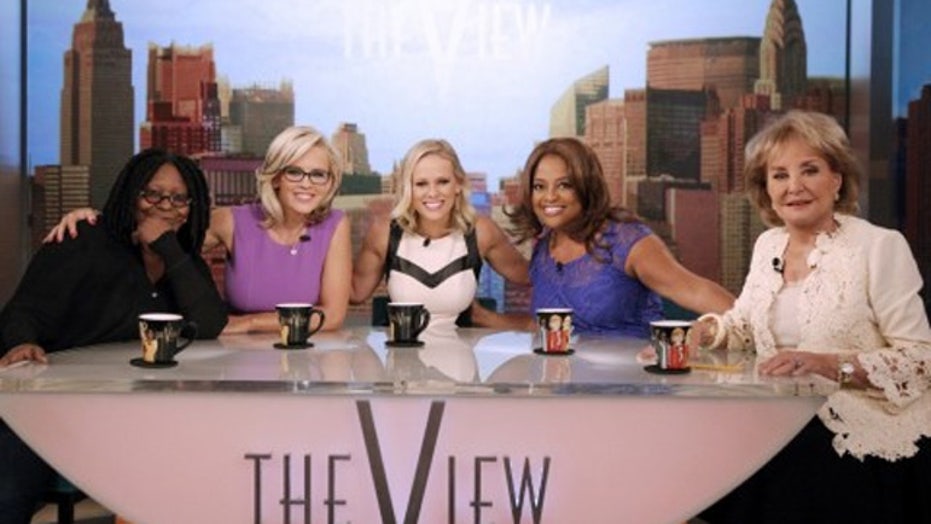 After the Buzz: Can 'The View' survive the shakeup?

It was not so long ago that “The View” was a coveted destination on the presidential campaign circuit.

Proving that one could play with Barbara Walters and the gang was a badge of cultural honor, one that Barack and Michelle Obama, among others, proudly wore.

But now “The View” is a mess. Barbara has faded into retirement from the show she created, and in a messy housecleaning, only Whoopi Goldberg remains. The latest round of firings by ABC means that the franchise is in jeopardy.

The program has been slipping. When I asked Walters why she was largely avoiding politics this season, she said the show wasn’t designed to be “Meet the Press.” True, but the political chat was what lifted it above a mere ladies' gabfest. There was no conservative voice since Elisabeth Hasselbeck decamped for “Fox & Friends,” and one of her liberal antagonists, Joy Behar, is also gone.

About the only attention-grabbing thing the show did this season was when Jenny McCarthy and Sherri Shepherd went topless in a humorous bit—obscured by black boxes, of course. Now they’ve both been fired.

McCarthy never seemed a good fit for the program, especially given her loony crusade to show that vaccines cause autism. Shepherd had settled in nicely, but never fully lived down her first-season comment that she wasn’t sure whether the earth was flat.

It was going to be hard enough for “The View” to reinvent itself without the steady journalistic presence of Barbara Walters.

It’s easy to denigrate the daytime show, but it could be funny, engaging and buzzy for women who don’t watch Sunday morning talk shows.

“At its best,” says Time’s James Poniewozik, “‘The View’ has thrived on poking and prodding, getting together women of different outlooks and demographics to bat around whatever conversation balloons had floated to the top of the nation’s id that morning, whether it had to do with politics, culture, sex, or best of all, a combo.”

And Salon contends that ever since Hasselbeck and Behar left, “the show has been overtaken by the flat celebrity gossip that had always been a part of its formula. McCarthy encapsulates the show’s major problem over the past year: Though many had worried the vaccine-truther would use the show to spread pseudoscience, she’s too vain a self-styled superstar to take a real risk on-air. She creamily expresses absolutely no opinion at all.”

“The View” has survived other high-profile departures, from Star Jones to Rosie O’Donnell. But this is like the whole family left the neighborhood except for one stubborn sister.

Entertainment Weekly says the program might hire a male co-host (or two), which sounds a bit like Fox’s “Outnumbered.” But what would be the point? That would blur its identity further.

There’s a lot more competition in the celebrity/gossip/gabfest arena, from other shows like “The Talk” to TMZ to your Facebook and Twitter feeds. A concept that was fresh 17 years ago seems far less so today.

TMZ says executive producer Bill Geddie isn’t coming back, which if true makes sense, since he was Barbara’s person.

The current parlor game is to nominate women to fill the empty seats: Katie Couric! Sarah Silverman! Diane Sawyer! And perhaps a famous personality or two could revitalize the venture.

But the view is pretty foggy right now, unless Barbara Walters decides that 84 is just the right age to un-retire.