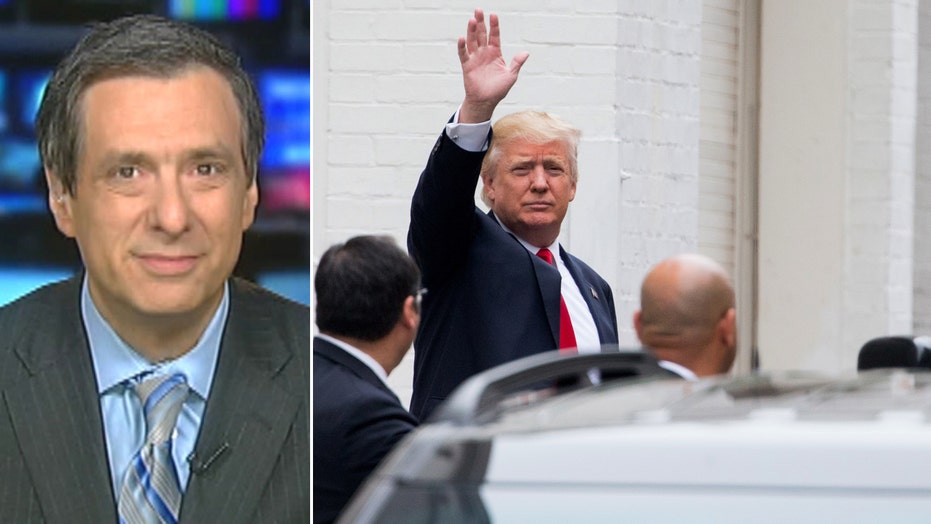 Stakeouts. Live shots. Breathless commentary. Round-the-clock cable coverage. All for a little meeting between Donald Trump and Paul Ryan that lasted less than an hour.

I haven’t seen this much hype since the old U.S.-Soviet summits. Maybe since Nixon went to China. Or maybe since Diane Sawyer sat down with Caitlin Jenner.

The spectacle was particularly amusing because both men had deliberately lowered expectations in advance. Both said the House speaker, who has withheld his endorsement of the presumptive nominee, would not be offering his official blessing. Both sides said there would not be a point-by-point negotiation over their differences on policy. Ryan went so far as to say he barely knows the man and this was more of a get-acquainted session.

The press didn’t care. The fate of the election hung in the balance, or so we were told.

Soon came the joint communique, as bland and upbeat as a State Department press release:

Republicans must be “united around our shared principles.” “Great conversation.” “Honest about our few differences.” “Many important areas of common ground.” “Very positive step toward unification.”

It sounded like the old “road map” negotiations for Mideast peace.

Still, can anyone doubt that Ryan will eventually get on board the Trump train?

The speaker didn’t pretend that everything was peaches and cream, telling reporters: “I was very encouraged with the meeting but this is a process.  It takes a little time. You don't put it together in 45 minutes.” Asked if he was endorsing Trump, Ryan said: “The process of unifying the Republican party, which just finished a primary about a week ago, perhaps one of the most divisive primaries in memory, takes some time.”

And Trump told Sean Hannity yesterday: "I don’t mind going through a little bit of a slow process. It’s a very big subject.  I mean, we have a lot of things, and I think for the most part we agree on a lot of different items. And, we are getting there."

I think the media are far more interested than the voters in whether Trump and Ryan get along. This is driven in part by the high esteem with which the Beltway press corps holds Paul Ryan. He is viewed as a man of principle who cares deeply about his vision of shrinking government. Trump, until about 20 minutes ago, was viewed as the New York interloper who was supposed to be a sideshow, makes outrageous proclamations and doesn’t know much about policy.

But Republican voters disagreed. They made Trump the nominee. And it’s his party now.

Putting aside the kabuki of yesterday’s session at RNC headquarters, there is an important underlying reality here, and that has spawned some thoughtful journalism. Trump needs support from the Ryan wing, if not from the congressman himself, if only to maximize Republican turnout. He needs to decide how far to pivot on taxes, entitlements and immigration without seeming like a flip-flopper. He has, for instance, opened the door to softening the temporary ban on Muslim immigrants by saying he’d appoint a study commission headed by Rudy Giuliani. Creating commissions is how politicians paper over their differences.

Trump and Ryan seem to have taken the first step toward papering over theirs.