Virginia Gov. Northam has increased the state's corrections budget by $250,000 as he eyes gun bans.

Virginia Gov. Ralph Northam was on the brink of political banishment last year when an old yearbook photo featuring blackface and a KKK costume led to calls for his resignation, but nearly a year later he appears to be not only surviving but thriving.

It was February 2019 when the Democratic governor came under fire for the image, which appeared on his page in Eastern Virginia Medical School’s 1984 yearbook, prompting a call from his own party to step down.

“We stand with Democrats across Virginia and the country calling him to immediately resign,” the Virginia Democratic Party said in a statement at the time. The statement called for Lt. Gov. Justin Fairfax to take over, “heal Virginia’s wounds and move us forward.”

Northam apologized, but later insisted that he was not one of the people in the photo. The school conducted a 727-hour investigation that could not conclude who was in the image.

Cut to January 2020, and Northam is still in office, leading Democrats who have taken control of both houses of the state legislature for the first time since 1996.

Northam is rehabilitating himself within the party, in large part by championing liberal policies on issues including gun control and marijuana. Proposed gun restrictions include an assault weapons ban, an increase in the minimum age for gun purchases, and required background checks for all sales.

The governor even increased the state's corrections budget to handle what he expects to be a higher number of incarcerations due to new gun laws. 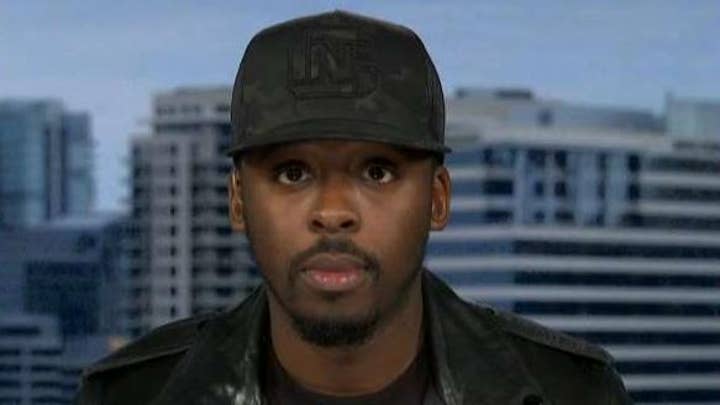 The Virginia gun control push has drawn national attention, including from gun-rights groups. As Democrats prepared to assume control in Richmond heading into 2020, the proposals led more than 100 Virginia cities, towns, and counties to declare themselves “gun sanctuaries.”

Regarding marijuana, Northam has pushed for decriminalization as part of criminal justice reforms that would also raise the age at which people can be tried as adults and increase the amount needed for a theft to be deemed a felony.

Northam’s initiatives and time in the spotlight essentially mark a return from the political dead -- but he benefited in part, ironically, from other scandals in his administration.

First, in the days following the yearbook photo controversy, Fairfax – who was next in line – faced sexual assault allegations from two women. He denied them. On top of that, state Attorney General Mark Herring, who would have been in line after Fairfax, admitted that he also wore blackface in the 1980s when he was 19 years old.

If all three men were pushed into resignation, the governorship would have gone to Speaker of the House of Delegates Kirk Cox, a Republican. Virginia Democrats ultimately dropped the calls for Northam’s resignation, and also backed off calls for Fairfax’s impeachment.

J. Miles Coleman of the University of Virginia Center for Politics said Northam was "lucky" with this turn of events.

"As perception is important in politics, Northam’s transgression seemed relatively less odious," he told Fox News. "Second, as all three top state officials were ‘tainted’ to some degree, the issue of succession, if one (or all) of them stepped down, seemed like a potentially chaotic prospect."

Northam made the best of the unlikely turn of events by then making amends with the black community. He hired the state’s first director of diversity, equity, and inclusion, and established a commission to go through state statutes and remove provisions left over from the Jim Crow era and other racist language. He also pushed for a change in how black history was taught in schools.

He expressed remorse and acknowledged his past errors. During an event that commemorated the arrival of the first slaves from Africa 400 years earlier, Northam addressed a mostly black audience.

“I’ve had to confront some painful truths,” Northam said. “Among those truths was my own incomplete understanding involving race and equity.”

The mea culpa may have worked in the end.

"Generally, the American public is fairly forgiving," Coleman said, referring to other incidents involving former governors Mark Sanford of South Carolina and Edwin Edwards of Louisiana. Coleman noted that "part of this may be due to our collectively short memories," and the rapidly changing news cycles.

"Northam’s approach of simply riding out the storm will likely be used by future politicians in similar situations," Coleman predicted.

He also posited that the online outrage over Northam's yearbook photo "didn’t necessarily line up with broader public opinion."

The result is a situation where the media that once pilloried Northam for the blackface photo have now come to embrace him, with a Washington Post editorial hailing his political resurrection and essentially nixing their prior call for his resignation.

Not everyone was as forgiving, however, as plenty of observers ridiculed the Post for their about-face.

Regardless, the current perception of Northam in his state may best be summed up by what Virginia resident Tanisha Kelly told The New York Times in November, following Democrats’ victory at the polls.

“I kind of forgot about the blackface until you brought it up just now,” she said.

Fox News’ Sam Dorman and The Associated Press contributed to this report.