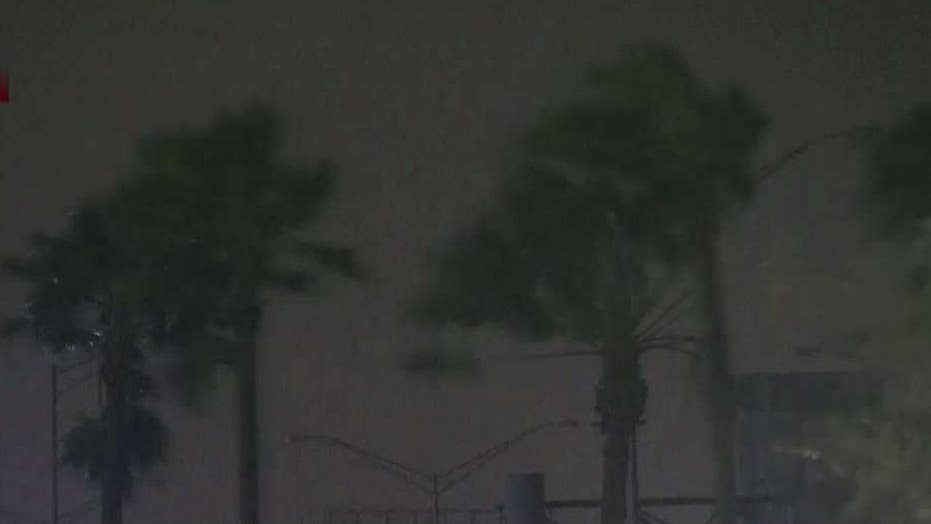 I’m sure I’m not the only person to make this observation, but it feels like we’re living through calamities of biblical proportions.

Lately I feel like I’m on the apocalypse beat, careening between coverage of monster hurricanes and the threat of nuclear war.

Perhaps it’s just the curse of the news gods, but we have ricocheted between the catastrophic Texas flooding unleashed by Harvey, the blustery threats and hydrogen bomb test of Kim Jong-un, and the devastating fury of Irma hitting Florida yesterday.

And that has made me ruminate a bit about the nature of leadership.

President Trump, who draws so much criticism, has performed reasonably well during this period. He’s taken the most flak for his tough words against Kim after each new bomb or missile test. This can be unnerving, but the approach of the last two decades—diplomacy and sanctions—hasn’t worked either. Whether we have edged closer to a nuclear confrontation is hard to discern, but every administration has to maintain a credible military threat against the rogue regime.

The twin hurricanes remind us that there are limits to government in the face of mother nature’s fury. But so far you have to credit both federal and state officials with a herculean effort. Countless people were rescued from the Houston floods, and Rick Scott was on TV so often urging South Florida to evacuate that it seemed the governor had his own show. I still can’t get my mind around the mind-boggling task of evacuating nearly 7 million people, almost as many as live in New York City.

After the media cast Hurricane Harvey as a major test for Trump, most never got around to reporting that he did pretty well. He quickly visited Texas as FEMA did a stellar job of coordinating rescue and relief efforts. There was some carping about Trump not showing enough empathy, but even that faded after the president’s second visit, when he met with victims in Houston after avoiding the city at the height of the flooding. And with Democratic help, Trump has pushed a $15-billion relief package through Congress, which amounts a down payment on what’s needed.

It’s obviously too soon to say how the government will perform after Hurricane Irma made landfall in Florida.

But one thing that has been inspiring in Texas is how many ordinary people got into boats to rescue folks trapped in their homes, and how many community organizations and churches pitched in to help. Volunteers rose to match the moment of crisis. And journalists who ventured into dangerous conditions in Florida and Texas deserve credit as well.

It still feels like we’re trapped in the grip of relentless danger: Ever more destructive hurricanes, ever more deadly wildfires in California and Oregon, and a particularly devastating earthquake in Mexico. But the silver lining is that it has fostered a sense of community too often lacking in these polarized times.