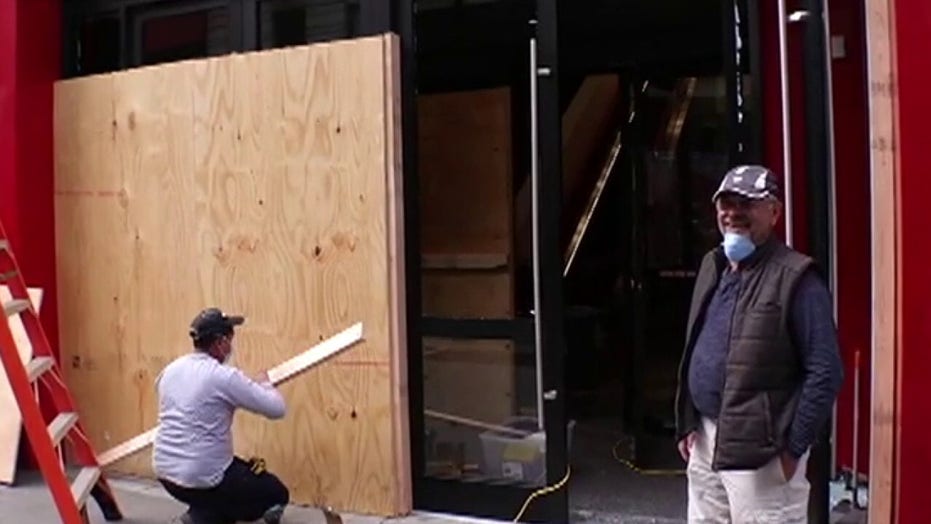 A Democratic congressional candidate shrugged off the looting that marred the George Floyd protests in some cities, pushing back against the use of military tactics by police and suggesting it was worth it if it would help “fix our nation.”

“What the hell, you got snipers on the roof for in a peaceful march? Even if people loot, so what? Burn it to the ground, you know, if that’s what it’s going to take to fix our nation,” Kim Olson, a retired Air Force colonel and candidate in Texas’ 24th congressional district, said Tuesday, in tape of a digital event obtained by The Washington Examiner.

“I know people don’t want me to say that but I’m just saying, what are you doing to do? Shoot us as we protest?” she added.

The seat is an open seat due to the retirement of current Rep. Kenny Marchant, R-Texas. The seat is seen as one that could turn Democratic in November. Olson has not secured the party’s nomination but is in a runoff with fellow Democrat Candace Valenzuela.

Olson made the remark as part of an answer to a question about recent calls to defund or abolish police departments -- a far-left rallying cry that has seen an increase of support in recent weeks both in state and local governments and in Washington, D.C.

Kim Olson is a Democratic congressional candidate in Texas. (Facebook)

Olson said that "defunding" was a “tough” word, and argued that what people promoting the idea wanted to do is “reallocate the monies” to places such as rehab centers and other services.

She added that “you can’t just tackle the police, you've got to tackle some of the social injustice issues that are going on within our justice system.”

It was then that she turned to the question of militarization of police and the snipers on the roof, which occurred in a recent march in Dallas.

Her campaign told The Examiner that the quote was being taken out of context.

"As a combat vet, Colonel Olson knows first hand the human heartbreak of violence. She knows we cannot use force to fix a systemic problem of undue violence and discrimination perpetrated by those who are sworn to protect and serve,” Rachel Perry, Olson's campaign manager, said. “We have to rebuild from the ground up a color-blind public safety institution across America."