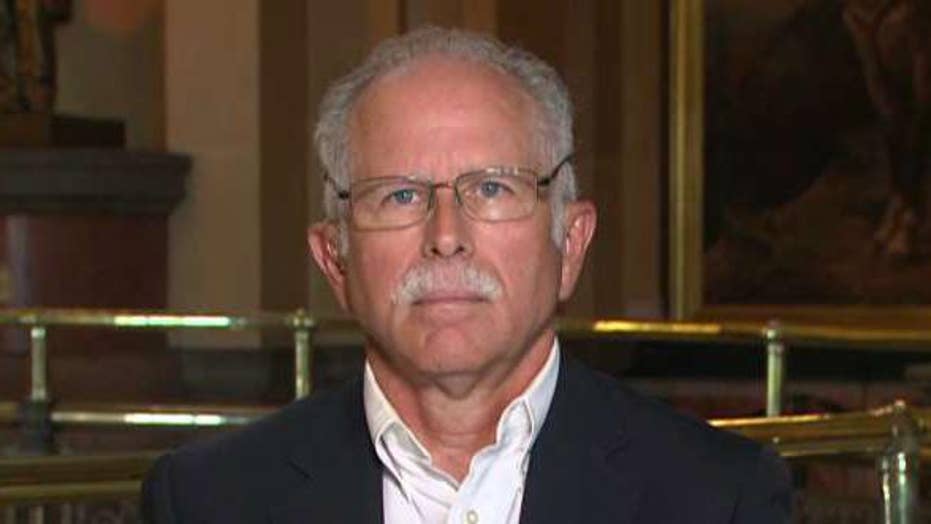 The battle over unions collecting money from non-members moved from the Supreme Court to the court of public employees' opinion.

On the same day the court announced its ruling in the Janus case barring public-sector unions from automatically collecting fees from government workers who choose not to join the union, libertarian groups were outside government buildings passing out literature.

“We’re planning an all-of-the-above comprehensive educational campaign to reach those public employees and let them know about their constitutional rights,” said Maxford Nelsen from the Freedom Foundation, a libertarian think tank based in Washington State.

Nelsen has been down this road before.

The Freedom Foundation won a smaller but similar ruling in state court four years ago. Since then, his group has been trying to spread the word, but the unions have blocked access to personal contact information. Some of the affected state workers still have not been notified.

“Freedom Foundation cares about one thing, and that’s the power of collective voice of people,” said Devereux, “They don’t like that. That’s why they’re trying to destroy us.”

According to unionstats.com, most of the fallout from the SCOTUS ruling will be in the Northeast and along the West Coast where there are no right-to-work laws. While nationally just one-third of government workers belong to unions, the penetration is much higher in blue coastal states. In New York, 71 percent of public-sector employees pay union dues, followed closely by Connecticut, Rhode Island, New Jersey, Maine, California and Washington State.

Organized labor held rallies last week blasting the court ruling and vowing to only get stronger.

“This was one of the dumbest things they could possibly do. It will energize unions in this country and you will see a resurgence,” said Devereux.

Unions are also waging an information campaign selling members on the value of staying in the union and paying those dues and fees. Stephen Baker, who is a state health worker and belongs to WFSE, needs no convincing.

“Those people who say they have no voice, the union is the bulwark,” Baker said, “it is the foundation of democracy in this country.”

But Paul Vilja disagrees. He’s a registered nurse working at Western State Hospital and a 29-year member of the Service Employees International Union (SEIU). He’s also a lifelong Republican who says the union’s political contributions do not reflect his values.

Union leaders contend their political activism is all geared toward getting union workers better pay and job protections. But one party gets the lion's share. According to the Center for Responsive Politics, in the 2016 election cycle, public-sector unions spent $64.6 million on campaigns.

The Freedom Foundation said that cash cow for liberal activists is now over.

“Allowing unions that ability to compel people to pay them gives them an undue influence, an inflated voice, if you will,” Nelsen said, “because you’re taking these people along for the ride that don’t support the union’s agenda.”