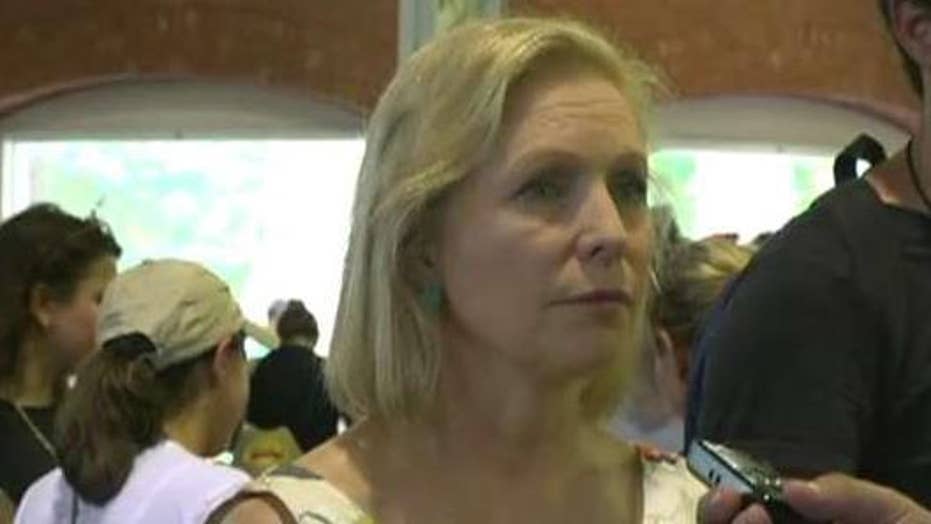 “I’m here to serve,” the senator from New York told Fox News on Tuesday. “I can serve in any capacity.”

A day earlier, the senator also said in an interview with the Washington Post that “of course” she’d be open to serving as the running mate to the eventual Democratic presidential nominee. White House hopefuls rarely discuss the possibility of accepting the number two slot while they’re actively running for the top job.

But Gillibrand has struggled to stand apart from the record-setting pack of Democratic presidential contenders since launching her campaign in January and she may not qualify for next month’s third round of primary debates. She’s close to meeting one of the two thresholds spelled out by the Democratic National Committee – 130,000 contributions from individual donors. But with one week to go, she’s three polls short of reaching the other criteria – hitting 2 percent in four qualifying national or early voting state polls.

After a campaign event in New Hampshire focusing on the mental health crisis, a confident Gillibrand told Fox News “I’m planning on making this round.”

Hours after Castro announced he would make the stage on Tuesday, Gillibrand made a plea to those on her campaign’s email distribution list, saying there “are now just 8 days to go until the DNC’s deadline, and we’re getting closer to the 130,000 donors we need to help secure my spot, but I’m not there yet.”

Washington state. Gov. Jay Inslee has secured 130,000 contributions from individual donors but has yet to reach the polling threshold.