Rachel Campos-Duffy takes the pulse of voters in her home state of Wisconsin.

Democratic candidates are leading the polls in Wisconsin, but that hasn’t stopped high-profile party figures from campaigning in the Badger State.

All eyes are on the Wisconsin races—the retirement of House Speaker Paul Ryan, R-Wis., leaves a vacant congressional seat which Republicans hope to maintain, and incumbent Democratic Sen. Tammy Baldwin is fighting, with poll numbers on her side, to keep her seat against her GOP opponent Leah Vukmir.

But Republican Gov. Scott Walker’s bid to seize a third term leading the state is getting the most national attention. Walker, who ran for president in 2016, has even acknowledged the potential “blue wave” on Nov. 6. 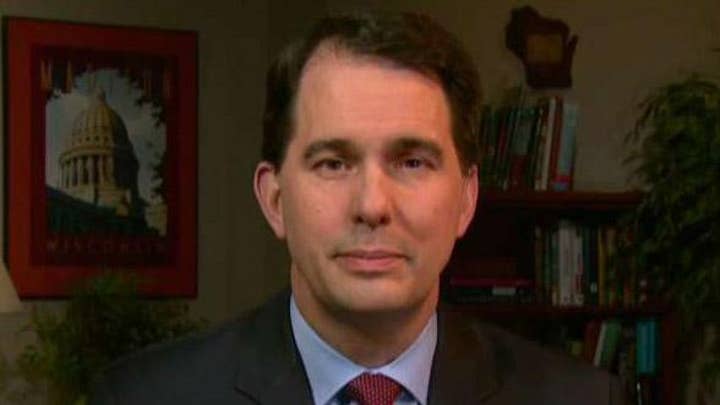 Walker is competing against Democrat Tony Evers, who currently sits as the superintendent of public instruction in Wisconsin. According to last month’s NBC News/ Marist poll, Evers was leading Walker by 10 points. This month, though, the latest Marquette poll shows Walker with a razor-thin edge, leading his opponent by just one point. The Real Clear Politics Average shows Evers with a 3.6 point lead.

The latest Fox News Power Ranking even shifted the race from “tossup” to the “lean Democrat” column.

“This is an incredibly important battleground state,” Mike Tate, a Democratic strategist and former Wisconsin party chair, told Politico. “It may end up being one of the closest governor’s races in the country. 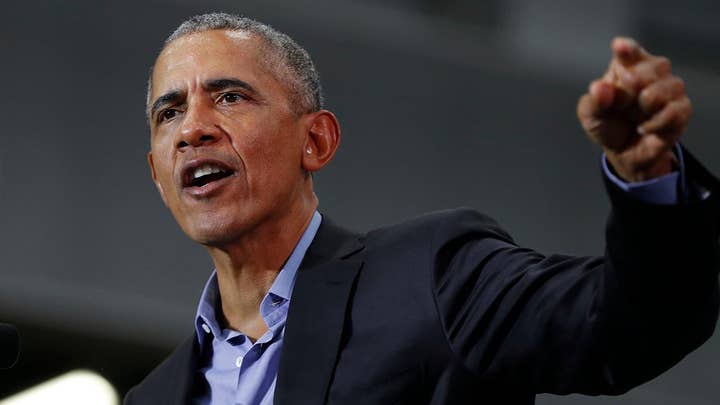 And Obama’s appearance in Milwaukee Friday night didn’t do the Walker campaign any favors, as the former president blasted Walker as a liar.

“What we have not seen before in our public life is politicians just blatantly, repeatedly, badly, shamelessly lying,” Obama said, referring to Walker’s claim that he wants to protect health care for those with pre-existing conditions. “Calling up, down. Calling black, white. That’s what your governor is doing with these ads, just making stuff up.”

Obama added that “the consequences of anyone sitting out of this election are profound.”

“The character of our country is on the ballot,” he said. 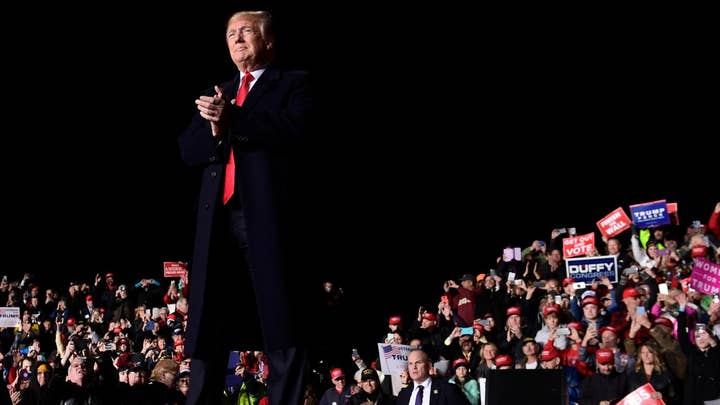 Trump touted Walker as a “warrior for Wisconsin workers and families.” Trump endorsed Vukmir in August, saying she “will make a fantastic Senator after winning in November against someone who has done very little,” referring to Baldwin.

But Baldwin has seen a comfortable lead throughout her campaign. The Real Clear Politics Average for the Wisconsin Senate race shows Vukmir trailing Baldwin by more than 10 points.