Former President Barack Obama leveled his most direct criticism of President Donald Trump on Friday in speeches in Detroit and Milwaukee while stumping for Democratic candidates.

Not mentioning Trump by name, Obama said the “character of our country is on the ballot” in November’s midterm elections. He also cited Trump’s promise to pass a tax cut before voters go to the polls.

“Congress isn’t even in session before the election!,” Obama said. “He just makes it up!”

In Milwaukee, Obama said: “Here’s the thing. Everything I say you can look up.”

In 2016, the state supported Trump over Democratic nominee Hillary Clinton. 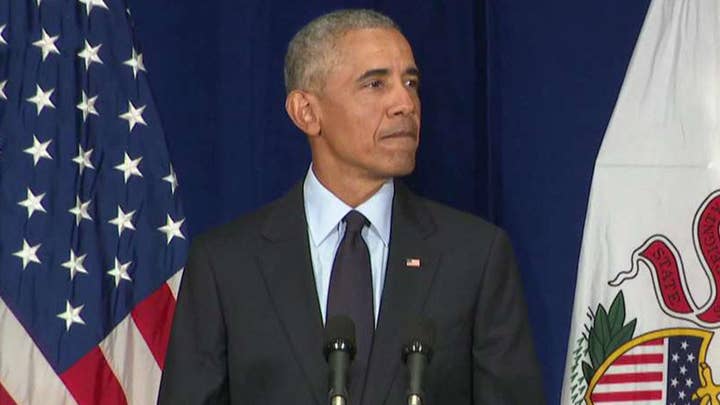 In Milwaukee, Obama criticized Republican Gov. Scott Walker -- who is being challenged by Democrat Tony Evers -- for claiming that he wants to protect health care for those with pre-existing conditions, the Milwaukee Journal-Sentinel reported.

“What we have not seen before in our public life is politicians just blatantly, repeatedly, baldly, shamelessly, lying. Just making stuff up,” Obama said. “Calling up, down. Calling black, white. That’s what your governor is doing with these ads, just making stuff up,”

Obama held up Clinton’s email scandal as an example of the Republican Party’s hypocrisy.

“In the last election, it was Hillary’s emails. ‘This is terrible’ ... ‘This is a national security crisis,’” he said. “They didn’t care about emails and you know how you know? Because if they did, they’d be up in arms right now that the Chinese are listening to the president’s iPhone that he leaves in his golf cart.”

He also took aim at Trump’s promise to “drain the swamp.”

“In Washington they have racked up enough indictments to field a football team,” he said. “Nobody in my administration got indicted.”

Trump and Obama have escalated the level of criticism of each other in recent months.

Trump has criticized his predecessor for trying to downplay his economic record, boasting that he had a magic wand to expedite the economic recovery.

"I opened up our beautiful economic engine with Regulation and Tax Cuts. Our system was choking and would have been made worse. Still plenty to do!” Trump once tweeted.

Regarding immigration, which Obama and Democrats have criticized Trump's stringent policies, Trump cited a 2005 video featuring Obama making a statement against illegal immigration, accompanied by the comment "I agree with President Obama 100%."

Additionally, Trump has defended his foreign policy record, which he claims has made America stronger, such as his tough stance with China and pulling out of the Iran nuclear deal and other agreements viewed by some as not being in America’s best interests. 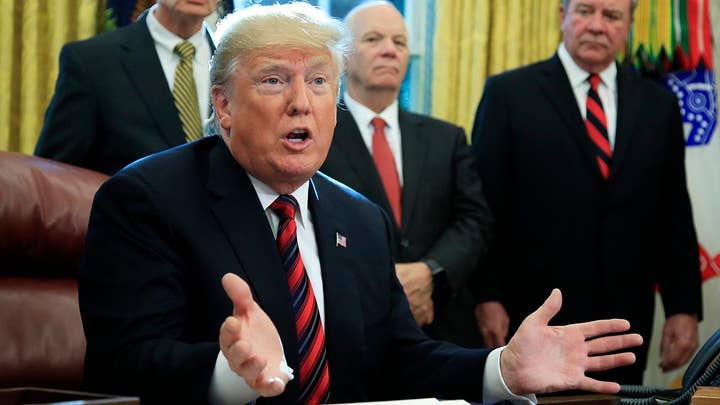 Instead of talking about water in Flint, Mich., Trump is firing up his base by talking about "impoverished refuges 1,000 miles away," he said about the Honduran migrant caravan making its way toward the U.S.

But Obama has faced criticism over the Flint water crisis as well. Some accused the Environmental Protection Agency under his watch of not displaying a sense of urgency the situation demanded.

Many Obama supporters also criticized Obama after he took a sip of the city's filtered tap water, to convince residents that it was safe to drink.

"It was such a disappointing thing to see," filmmaker Michael Moore said, according to the Detroit Free Press. 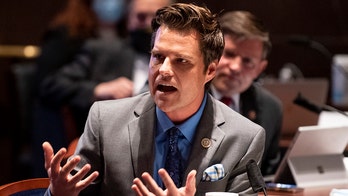