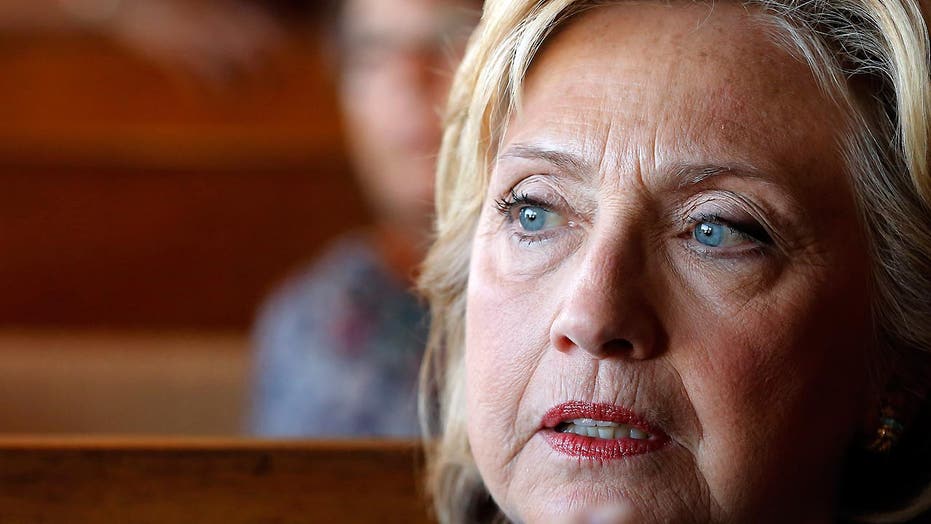 Fox News Poll: Is Clinton lying about her emails?

In the latest Fox News Poll, 58% of registered voters think Hillary Clinton is lying about her emails.

The State Department has received an email chain between former Secretary of State Hillary Clinton and Gen. David Petraeus that apparently was not included in the collection she said was a full record of her work-related correspondence.

In addition, the State Department said it provided more than 900 Libya-related emails to the House Select Committee on Benghazi Friday. The Department has had those emails since December.

The Clinton-Petraeus messages, according to the Department, were exchanged in January and February of 2009 and included a discussion about personnel.

Petraeus was head of the U.S. Central Command (CENTCOM) when Clinton took office in 2009 and then went on to become director of the CIA from 2011-12.

Officials said the emails in no way dealt with classified material. But their existence challenges Clinton's claim that she has handed over the entirety of her work emails from the account.

The revelation adds to the growing questions related to the Democratic presidential front-runner's unusual usage of a private email account and server while in government.

Jamal D. Ware, spokesman for the Select Committee on Benghazi, issued a statement Friday in response to the news about the new documents.

“The State Department, which has failed to comply with multiple Benghazi Committee requests and failed to act in good faith, is now indicating it intends to foster a more cooperative relationship with the committee. It’s curious the Department is suddenly able to be more productive after recent staff changes involving those responsible for document production.”

The State Department has already released more than 13,000 pages of Hillary Clinton emails – not all Benghazi related -- as part of an ongoing Freedom of Information Act process.

Clinton has taken heat for having the private email address and a separate server, casting doubt over whether all of her communications relating to the 2012 attacks on the U.S. diplomatic compound in Benghazi would be turned over to the committee.

Clinton is expected to testify before the Committee investigating the attacks in October.