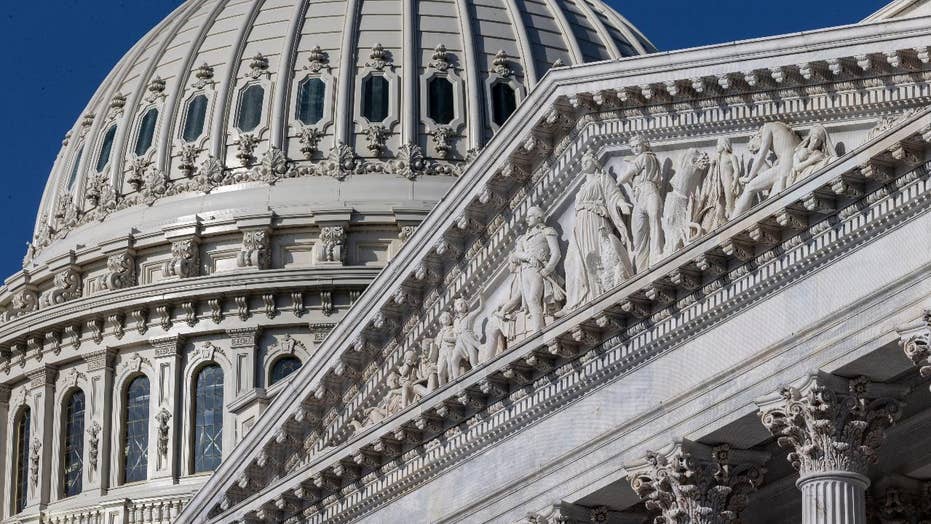 Former U.S. Ambassador to Ukraine William Taylor and Deputy Assistant Secretary of State George Kent will kick off the public testimony; Mike Emanuel has the details.

George Kent, a career official at the State Department, told House investigators conducting the impeachment inquiry against President Trump that he raised concerns about Hunter Biden's lucrative service on the board of a Ukrainian natural gas company -- but was told that it wasn't appropriate to discuss the matter because of the health struggles of Biden's eldest son, Beau.

According to a transcript of his Oct. 15 closed-door deposition released Thursday, Kent confirmed that he had no "direct knowledge" that U.S. aid to Ukraine was ever connected to the opening of a new investigation against the Bidens concerning their business dealings there.

Kent said that in January or February 2015, he "became aware that Hunter Biden was on the board" of Ukrainian company Burisma Holdings while his father Joe Biden was overseeing Ukraine policy as vice president.

"I did not know that at the time," Kent testified. "And when I was on a call with somebody on the vice president's staff and I cannot recall who it was, just briefing on what was happening into Ukraine, I raised my concerns that I had heard that Hunter Biden was on the board of a company owned by somebody that the U.S. Government had spent money trying to get tens of millions of dollars back, and that could create the perception of a conflict of interest."

After discussing those concerns with Biden's staff, Kent testified, "The message that I recall hearing back was that the Vice President's son Beau was dying of cancer and that there was no further bandwidth to deal with family-related issues at that time."

Kent, who serves as Deputy Assistant Secretary of State and was defying the State Department's instruction that he not testify, additionally confirmed that "nobody in the Ukrainian Government became aware of a hold on military aid" until Aug. 29th -- a month after Trump's July 25 phone call with Ukrainian President Volodymyr Zelensky.

Democrats have alleged Trump threatened to withhold military aid to Ukraine unless Zelensky agreed to investigate the Bidens' dealings in Ukraine, although Zelensky has said he felt no such pressure.

Kent testified that to the best of his knowledge, the aid issue was ultimately "resolved by the president," and U.S. military aid was released to Ukraine in September. However, there was a period when Ukraine was on notice that the aid was suspended: Politico reported in August that the Ukraine aid was being held up -- two weeks before it was released.

FILE - In this Oct. 15, 2019, file photo, Deputy Assistant Secretary of State George Kent arrives on Capitol Hill in Washington. House impeachment investigators released a transcript from Kent, a career official at the State Department on Nov. 7. He testified that he was told to "lay low" on Ukraine policy as the Trump administration, and the president's personal attorney Rudy Giuliani, were interacting with Ukraine outside of traditional foreign policy channels. (AP Photo/Andrew Harnik, File)

Kent further acknowledged that it is appropriate for the Trump administration to "look at the level of corruption" in foreign countries when determining whether to provide, or withhold financial assistance. Speaking to Zelensky, Trump noted Ukraine's history of corruption and urged his counterpart to probe any potential election interference efforts originating from the country.

"Part of our foreign assistance was specifically focused to try to limit and reduce corruption," Kent said. "And we also tried, to the best of our knowledge and abilities, to do due diligence to make sure that U.S. taxpayer dollars are being spent for the purposes that they were appropriated and that they are as effective as they can be."

Fox News is told the GOP will likely focus on the fact that Kent testified he was getting second-hand information from Lt. Col. Alexander Vindman regarding concerns about Trump's call with Ukraine's leader. Republicans are expected to argue that while Vindman expressed reservations about the July call, Kent was giving House investigators nothing more than his own interpretation of how Vindham perceived the conversation.

Republicans are also focusing on how Kent was evidently upset about being pushed to the side on Ukraine policy, and arguing that while there may have been “irregular channels” for diplomacy, such an arrangement is not an impeachable offense.

During his deposition, Kent asserted that he was told to "lay low" on Ukraine policy as the Trump administration, and the president's personal attorney Rudy Giuliani, were interacting with Ukraine outside of traditional foreign policy channels.

He claimed was told by a Ukrainian official that Giuliani had conspired with Yuriy Lutsenko, the then-prosecutor general of Ukraine, to "throw mud" as part of a “campaign of slander” against former U.S. ambassador to Ukraine Marie Yovanovitch.

"Well, Mr. Giuliani was almost unmissable starting in mid-March," Kent told investigators. "As the news campaign, or campaign of slander against, not only Ambassador Yovanovitch unfolded, he had a very high a media promise, so he was on TV, his Twitter feed ramped up and it was all focused on Ukraine."

"Based on what I know, Yuriy Lutsenko, as prosecutor general, vowed revenge, and provided information to Rudy Giuliani in hopes that he would spread it and lead to her removal," Kent testified. "I believe that was the rationale for Yuriy Lutsenko doing what he did. Separately, there are individuals that I mentioned before, including Lev Parnas and Igor Fruman, who started reaching out actively to undermine Ambassador Yovanovitch, starting in 2018 with a meeting with former Congressman Pete Sessions on May 9th, 2018, the same day he wrote a letter to Secretary Pompeo impugning Ambassador Yovanovitch’s loyalty and suggesting that she be removed." 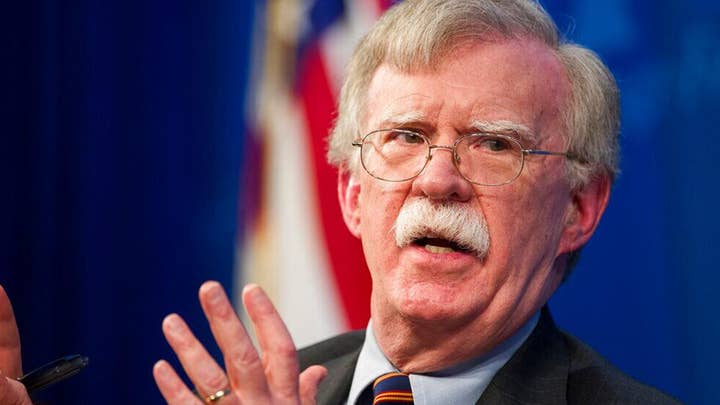 Kent added: "And others also in 2018 were engaged in an effort to undermine her standing by claiming that she was disloyal. So that’s the early roots of people following their own agendas and using her as an instrument to fulfill those agendas."

Yovanovitch was recalled from her post in May, and Trump told Ukraine's leader in July that she was "bad news" and would "go through some things.” Yovanovitch has separately told House investigators that "people with clearly questionable motives" tried to get rid of her, and that she was "shocked" by Trump's actions concerning Ukraine.

Kent, Yovanovitch and diplomat William Taylor are expected to appear in the public sessions as part of the impeachment inquiry.

Concerning Talyor, Kent testified that "he told me he indicated to [U.S. envoy to the EU] Gordon [Sondland], he said, This is wrong. That's what I recall him saying to me, again, orally reading out of a conversation of which I was not a part. And Gordon had told him, Tim [Morrison], and Tim told Bill Taylor, that he, Gordon, had talked to the President, POTUS in sort of shorthand, and POTUS wanted nothing less than President Zelenskyy to go to microphone and say investigations, Biden, and Clinton."

Kent said he told diplomat Kurt Volker that "asking another country to investigate a prosecution for political reasons undermines our advocacy of the rule of law."

On Wednesday released a transcript of testimony from Taylor's closed-door deposition, in which he claimed to have a “clear understanding” that Trump wanted to leverage military aid to Ukraine in return for investigations that could benefit him politically -- while acknowledging that, like Kent, he didn't have firsthand knowledge of "what was in the president's mind."

Rep. Adam Schiff, chairman of the House Intelligence Committee, returns to a secure area after speaking to reporters after witnesses defied a subpoena to appear before House impeachment investigators following President Donald Trump's orders not to cooperate with the probe, in Washington, Monday, Nov. 4, 2019. John Eisenberg, the lead lawyer for the National Security Council, and National Security Council aide Michael Ellis, were scheduled to testify early Monday but not appear. (AP Photo/J. Scott Applewhite)

Taylor is a top U.S. diplomat in Ukraine who has emerged as a key figure of interest in the Trump impeachment inquiry, having alleged a quid pro quo was at play despite White House denials.

The transcript shows that Taylor testified he had been told by other officials that the White House was willing to hold up both military aid and a prospective White House meeting with Ukraine's president to extract a public announcement from Kiev that probes related to election interference and Burisma Holdings were underway.

FILE - In this Oct. 15, 2019, file photo, Deputy Assistant Secretary of State George Kent leaves Capitol Hill after appearing before a joint House Committee on Foreign Affairs, Permanent Select Committee on Intelligence, and Committee on Oversight and Reform for a deposition on Capitol Hill in Washington. House impeachment investigators released a transcript from Kent, a career official at the State Department on Nov. 7. He testified that he was told to "lay low" on Ukraine policy as the Trump administration, and the president's personal attorney Rudy Giuliani, were interacting with Ukraine outside of traditional foreign policy channels. (AP Photo/Manuel Balce Ceneta, File)

But Republicans have pushed back that Taylor did not have primary knowledge regarding the key events in question, but rather based his testimony off conversations with others.

In one exchange between GOP Rep. Lee Zeldin and Taylor during his deposition, Taylor was asked whether he had any firsthand knowledge of Trump conditioning an investigation into the 2016 election and the Bidens on military aid.

Taylor said he did not speak to the president, or have any direct communication with the president regarding the requests for investigations. Instead, he said he was basing much of his testimony on what former United States Special Representative for Ukraine Negotiations Kurt Volker and Sondland told him.

“What I know is what Ambassador Sondland was able to tell me about those investigations and Ambassador Volker,” Taylor said. “I don't know what was in the president's mind.”