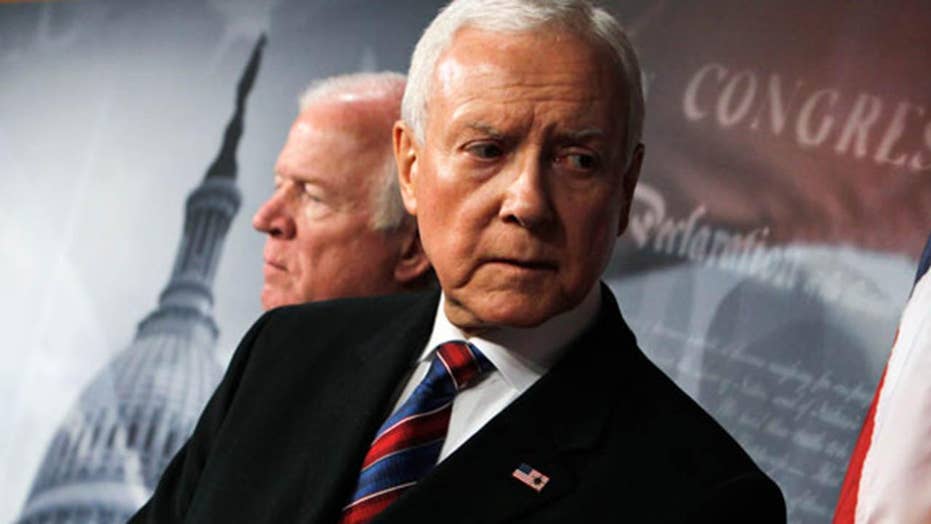 Senate Republicans on Thursday unveiled their own version of a tax reform bill that would cut billions in taxes for individuals and corporations – while clashing with the version preferred by President Trump and House Republicans by delaying a corporate rate cut for a year to lower the cost of the bill.

The move came as a key House committee on Thursday approved a revised version of its tax bill, which included restoring the adoption tax credit after protests by family advocate groups and other interests.

The Senate's bill, though, injects new drama into the debate.

According to aides on the Senate Finance Committee, the plan would permanently lower the corporate tax rate from 35 percent to 20 percent, but those cuts wouldn’t kick in until 2019. Unlike the House version, it would leave the mortgage interest deduction untouched.

The Senate bill also differs from the House in that it would fully repeal the state and local tax deduction. Calls to strip the popular deduction have drawn bipartisan opposition from lawmakers in high-tax states like New York and New Jersey. The House version only included a partial rollback of the deduction as a result of such pushback.

“This is a process, and there are definitely going to be differences between the Senate version and the House version,” Wisconsin GOP Sen. Ron Johnson said on Fox News’ “Outnumbered Overtime” on Thursday. “From my standpoint, the good news is we are pretty well unified about what the goal of tax reform should be.”

The Senate plan, crafted on the Senate Finance Committee led by Republican Sen. Orrin Hatch of Utah, would maintain the existing number of tax brackets, instead of reducing them from seven to four, as called for by the House plan. However, it would drop the second-lowest bracket from 15 to 12 percent, and the highest from 39.6 percent to 38.5 percent.

It also preserves charitable deductions, expands the child tax credit from $1,000 to $1,600 and makes no changes to 401k plans.

House and Senate Republican leaders have been hoping to be united on tax reform to avoid a repeat of this summer’s ObamaCare repeal debacle. But differences between the Senate and House bills could slow or sideline the legislation, though leaders are aiming for swift passage.

Republicans in the Senate can pass the legislation with a simple, 51-vote majority if it doesn’t increase the deficit after 10 years. However, they have just 52 senators in the chamber, giving them only the slightest margin for defections.

The Senate made several failed attempts this past summer to use a similar budget-related procedure to repeal and replace ObamaCare with a 51-vote majority, denying Trump a major legislative victory.

The president has gone back and forth about when he wants the bill on his desk, publicly setting a Christmas or New Year’s deadline, then purportedly giving no deadline to Senate Republicans in a closed-door, Capitol Hill meeting before leaving for Asia.

In the House, the Ways and Means Committee on Thursday afternoon approved their bill after last-minute changes.

Committee Chairman Kevin Brady's changes were being made to meet the $1.5 trillion maximum that the bill is allowed to add to the nation's $20 trillion debt. A preliminary estimate by Congress' nonpartisan Joint Committee on Taxation said the House measure as currently written would add $74 billion more to 10-year deficits than allowed.

“Today, we took yet another critical step toward delivering real relief to the American people," House Speaker Paul Ryan said in a statement. "I want to thank Chairman Brady and the Ways and Means Committee for making important improvements to this historic legislation."

House Majority Leader Kevin McCarthy said the bill is expected to come up for a vote on the House floor late next week.