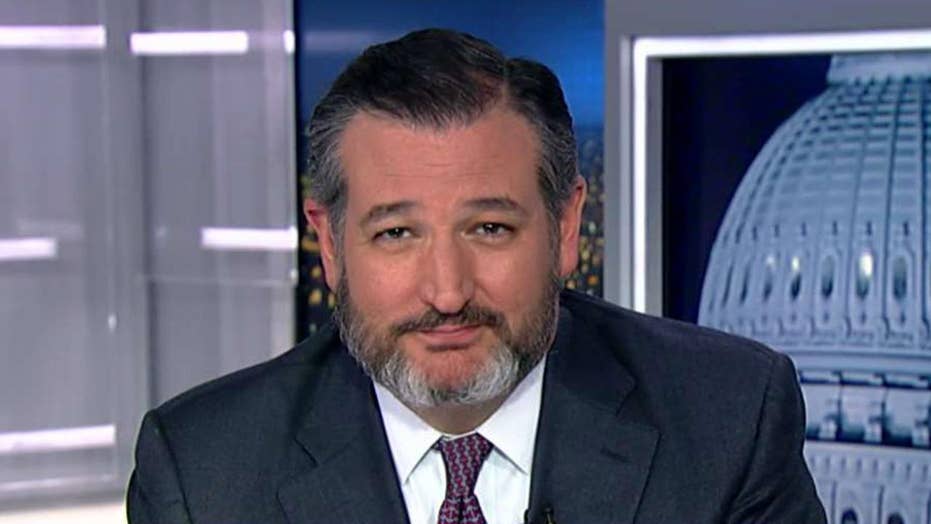 Sen. Ted Cruz, R-Texas, and 42 Republican co-sponsors are urging the Senate to express its support of the U.S. killing of Iranian Gen. Qassem Soleimani in a strike in Baghdad last week.

Cruz, one of the Senate’s leading Iran critics, tweeted Thursday afternoon: “JUST INTRODUCED w 42 fellow GOP senators resolution to honor members of military & intel community who carried out mission to take out Soleimani, a terrorist responsible for the deaths of hundreds of thousands of people across the Middle East, including 603 US service members.”

The text of the resolution “commends the President for ordering the successful operations to locate and eliminate” him.

The resolution states that the death of Soleimani “represents a measure of justice and relief for the families and friends of the hundreds of American men and women who lost their lives in Iraq and Afghanistan” because of Iranian-backed terrorism.

TED CRUZ: IRAN MISSILES FIRED AT IRAQI AIRBASES WERE 'IN A VERY REAL SENSE' PAID FOR BY BILLIONS THAT OBAMA SENT TEHRAN

Cruz called the strike a "successful mission to defend America’s national security interests and eliminate a terrorist mastermind … at a time when partisanship and political differences threaten to divide us.”

The U.S. took out Soleimani, the head of the Islamic Revolutionary Guard Corps Quds Forces, days after Iranian-backed militia supporters stormed the U.S. embassy in Baghdad.

Administration officials have said that the strike was conducted to deter imminent attacks on U.S. interests.

Iran responded to the attack on Tuesday by firing ballistic missiles at bases in Iraq that house U.S. troops -- but there were no U.S. or Iraqi casualties.

President Trump said Wednesday that the regime “appears to be standing down” but that the U.S. would impose economic sanctions “until Iran changes its behavior."

“This decision was not taken lightly,” U.S. Ambassador Kelly Craft said at the United Nations Thursday afternoon. “For years Iran and Iranian-supported militias in the region have threatened the lives of Americans and shown unyielding contempt for the authority of the United Nations.”