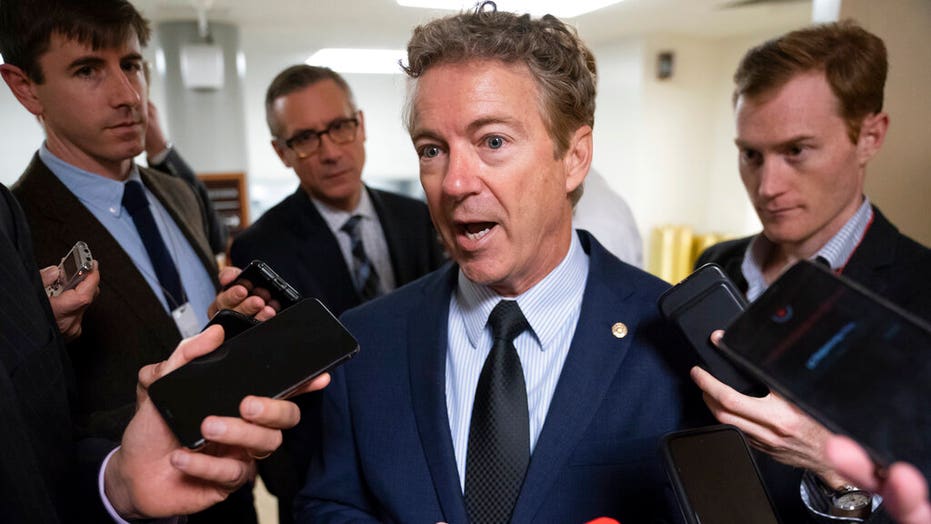 Though Majority Leader Mitch McConnell directed the Republican majority to pass the House coronavirus package despite its flaws, the Senate could not come to an agreement and will take up the bills on Wednesday, along with an amendment from Sen. Rand Paul, R.-Ky.

The bill needed 60 votes to pass the upper chamber, and McConnell originally said the Senate would not take a recess until the bill was passed.

"We're going to move here in warp speed for the Senate, which almost never does anything quickly," McConnell said Tuesday.

"A number of my members think there were considerable shortcomings in the House bill. My counsel to them it is to gag and vote for it anyway," McConnell said Tuesday after lunching with his fellow Republicans. A senior GOP source told Fox News over the weekend not to “underestimate the challenge the Senate could face passing this bill.”

Some GOP lawmakers worried that the paid leave portion of the bill would hurt small businesses. The House bill would cap paid leave at companies with 500 employees, and businesses with fewer than 50 employees could apply for a waiver.

SANDERS CALLS FOR $2G A MONTH TO HOUSEHOLDS

The Senate remained in session all day with the measures without agreement after Paul objected to the measures. Now the Senate will try to approve the coronavirus packages sometime Wednesday, and to vote on the amendment by Paul.

The House bill, which has the support of President Trump, would make coronavirus testing free, expand unemployment aid to states, offer 14 paid sick days and extend emergency leave for workers dealing with the coronavirus.

Paul’s amendment would require a Social Security number for those who may get aid and would end U.S. involvement in Afghanistan by the end of the year. The Senate hopes to vote at noon on Paul's amendment, though it will likely fail, and then the Senate will move to vote on the House package after that.

Paul was the sole “no” vote on the $8.3 billion coronavirus spending bill the Senate passed earlier this month.

The Senate will then work to negotiate its own package, and Fox News has learned that Treasury Secretary Steve Mnuchin is pressing GOP senators for a package that would send $200 billion-plus in payments directly to Americans by mid-April.