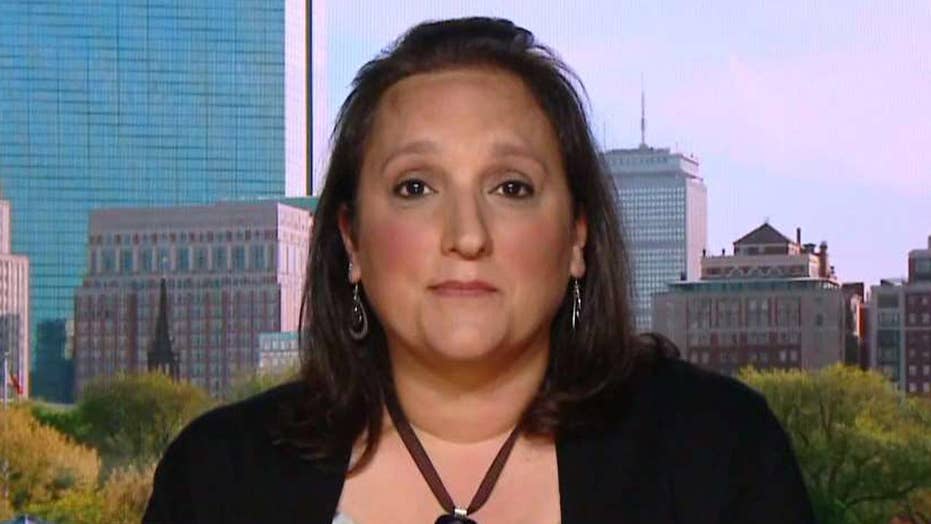 Mother of Ezra Schwartz speaks out on 'America's News HQ'

With momentum growing in Congress to support legislation that could cut U.S. aid to the Palestinian Authority over its payments to convicted terrorists and their families, a senior White House official told Fox News that the administration won’t reward terrorism.

The Senate Foreign Relations Committee heard testimony Wednesday on a bill known as the Taylor Force Act in hopes of bringing it forward and out of committee. It is named for Taylor Force, a 28-year-old graduate of the U.S. Military Academy and Army veteran who was fatally stabbed by a Palestinian terrorist last year as he walked with friends in Tel Aviv on a tour of Israel.

While the White House official would not say if President Donald Trump would sign the bill if it reached his desk, he warned that the U.S. “is not wedded to a deal at all costs.”

The bill’s sponsor, Sen. Lindsey Graham, R-S.C., told the committee that the idea of U.S. tax money going to the Palestinian Authority had to be painful to Force’s parents.

Sen. Rand Paul, R-Ky., who sponsored a similar bill in 2014 that didn’t make it past committee, said there’s no use “nibbling around the edges.”

“People sense weakness and, you know, cut it all, cut every last penny of it. If you want to restart some of it, restart it when they change their behavior,” he said.

“President Trump helped convene a meeting in Saudi Arabia to stop the financing of terrorism. Well, what the Palestinian Authority is doing is financing terrorism. That must end and the United States must use every opportunity to bring that to end,” he said.

The Palestinians spend about $300 million a year – nearly eight percent of their annual budget -- on payments to convicted terrorists and their families. Just last week Palestinian Authority President Mahmoud Abbas said he would never stop the payments.

“I think what’s really tragic here is the complete lack of leadership by President Abbas, who is defending these payments. I think he has an opportunity to explain this to the Palestinian people and he has instead dug his heels and he's defending the system,” said Elliot Abrams, a former senior official under President George W. Bush.

Shapiro asserted that the payments incentivize murder. He added that the Palestinians are sensitive on the international stage, so diplomatic pressure against the payments could be effective.

“The Palestinian leadership is, I think in many ways, is more sensitive to its international reputation than to suspensions of aid. So Ambassador Haley, who has been very outspoken at the United Nations, should raise this in the Security Council, [and] European and Arab governments should be lobbied to raise the same concerns about prisoner payments,” he said. He was referring to Nikki Haley, the U.S. ambassador to the United Nations.

One Middle East expert who has worked closely with Congress on Israel and Palestinian issues said the Obama administration blocked any serious effort in Congress to hold the Palestinians responsible.

“For the Trump administration, stopping Palestinian terror payments is near the very top of their list of concerns. Certainly they're not going to lobby on behalf of the Palestinians like the Obama team used to do. So Congress is now going to take the actions against Palestinian terror incitement that lawmakers on both sides of the aisle have long wanted to take.

Sen. Bob Corker (R-Tenn.), chairman of the committee, said his panel would be voting very soon on the Taylor Force Act.

Ben Evansky reports for Fox News on the United Nations and international affairs.

He can be followed @BenEvansky