Why did WH relent on giving Congress say on Iran nuke deal?

The Senate Foreign Relations Committee on Tuesday unanimously approved legislation that would allow Congress to have a say on a possible U.S. nuclear negotiation with Iran. The legislation next will go to the full Senate for a vote.

There was a strong bi-partisan effort for an increased congressional role as the June 30 deadline approaches for international negotiators to turn the framework of a nuclear deal into the real thing.

Although there were indications that a compromise could be reached, Chairman Bob Corker, R-Tenn., told Fox News before the vote, “Around here, I don’t think anyone should count their chickens before they’ve hatched.”

The White House conveyed the president's decision shortly before Republicans and Democrats on the Senate Foreign Relations Committee approved a compromise version of the measure on a 19-0 vote.

It was a sign that Congress would not back down on its insistence that lawmakers must have a say if any final deal with Iran involves the eventual lifting of crippling economic sanctions that Congress levied on Tehran.

Virginia Democratic Sen. Tim Kaine defended the demand for congressional input, saying it has nothing to do with disrespecting President Obama or a desire to go to war – a notion he called “offensive.”

“The American public, just as we do, really prefer we find a diplomatic answer,” Kaine said in his opening statement. “(Americans) are deeply skeptical just like we are about Iran’s intentions.”

“The American-Israel relationship has always been bipartisan and I’m glad we’re continuing in that fine tradition,” he said in a written statement following the committee vote. “I’m certainly in favor of what they’ve put together.”

The bill is now likely to clear both houses in the Republican-controlled Congress.

Obama had threatened to veto the original bill, but as news of the compromise leaked out on Capitol Hill, the White House abruptly acquiesced. The president, however, still retains the right to veto the legislation if Congress tries to scuttle an emerging deal with Iran, which is to be finalized by June 30.

"Maybe they saw the handwriting on the wall," House Speaker John Boehner, R-Ohio, said about the White House decision to drop its opposition.

International negotiators are trying to reach a deal that would prevent Iran from being able to develop nuclear weapons. In exchange, Tehran would get relief from economic sanctions that are crippling its economy.

"The administration ... has been fighting strongly against this," Corker said.

"I know they've relented because of what they believe will be the outcome here," he added. "I believe this is going to be an important role, especially the compliance pieces that come afterward."

Obama, whose foreign policy legacy would be burnished by a deal with Iran, has been in a standoff for months with lawmakers who say Congress should have a chance to weigh in and remain skeptical that Iran will honor any agreement.

An earlier version of the bill sought to put any plan by Obama to lift sanctions on Iran on hold for up to 60 days while Congress reviewed the deal. The compromise approved by the committee shortened the review period to 30 days. During that time, Obama would be able to lift sanctions imposed through presidential action, but would be blocked from easing sanctions levied by Congress.

White House spokesman Josh Earnest said the White House would withhold final judgment on the bill while it works its way through Congress, wary that potential changes could be made in committee that would render it unpalatable. But he said the White House could support the compromise in its current form.

"Despite the things about it that we don't like, enough substantial changes have been made that the president would be willing to sign it," Earnest said.

Under the terms of the bill, if a nuclear deal is submitted after July 9 -- a short time after the final agreement is to be reached on June 30 -- the review period would revert to 60 days. The president would be required to certify to Congress every 90 days that Iran is complying with terms of any final agreement.

Sen. Marco Rubio, R-Fla., who announced his candidacy for president on Monday, had proposed an amendment that would require Iran's leaders to accept Israel's right to exist. Rubio said his amendment probably could have passed in the committee, but ultimately "could imperil the entire arrangement."

Rubio said the new version has language on Israel that "is better than not having it at all" but that his original amendment "is something we're going to have to talk about on the floor" during a debate by the full Senate.

Sen. Chris Coons, D-Del., said he felt confident that the compromises will hold, but said Democrats would withdraw their support if Republicans successfully push amendments that would pull the bill "sharply to the right." He was referring to amendments proposed by Republicans to make the administration certify that Iran is not supporting terrorism and had publicly renounced its threat to destroy Israel -- two hurdles that would be nearly impossible to scale.

Sen. Barbara Boxer, D-Calif., said she opposed the bill in its original form, but now supports it.

"There's no longer language in the bill tying extraneous issues (to the bill). That would be a deal breaker," Boxer said. 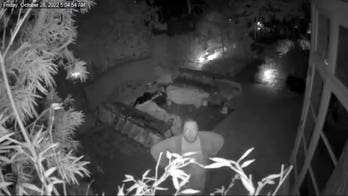 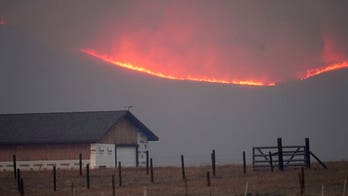 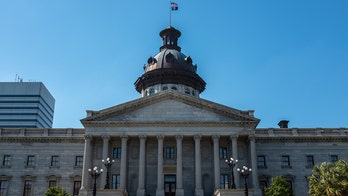