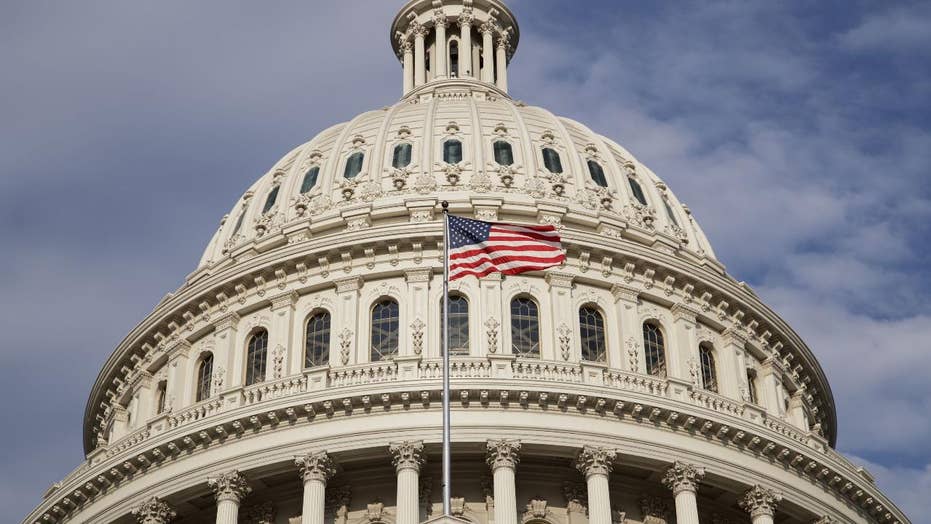 What is a legislative filibuster?

An inside look at the process of legislative filibustering.

As legislative gridlock plagues the U.S. Senate and lawmakers -- not to mention their constituents -- are frustrated with how little seems to be getting done in Washington, some Senate Democrats are floating a possible change in the body's rules that could do away with the legislative filibuster, a guardrail that lets a minority of at least 40 senators prevent a bill from getting to a final vote.

But many of the Democrats who say they are open to the possible change signed a bipartisan letter in 2017 asking Senate Minority Leader Chuck Schumer, D-N.Y., and Majority Leader, Mitch McConnell R-Ky., to leave the legislative filibuster in place. The move also comes as Democrats prepare to potentially take control of the Senate and the presidency in November's election, and are concerned Republicans may use the rule to put up blanket resistance to a possible President Joe Biden's agenda.

Sen. Jeff Merkley, D-Ore., who did not sign the 2017 letter, has been floating proposals that would end the filibuster among colleagues, according to The Hill. A spokesperson for Merkley elaborated Wednesday in a statement to Fox News.

"When the Senate doesn’t debate or vote on the major issues facing America, it doesn’t serve anyone," the spokesperson said in a statement.

It continued: "Senator Merkley strongly believes that the path to fixing the broken Senate must include more opportunities for the minority to influence floor debate and require votes on their amendments. He is fighting to break the gridlock and ensure that all senators, not just the Majority Leader, get a say in the floor process."

The idea of dispensing with the filibuster is being considered by some who signed the 2017 letter, including Sen. Chris Coons, D-Del., who co-authored it with Sen. Susan Collins, R-Maine.

A spokesperson for Coons told Fox News that "he doesn’t want to get rid of the filibuster, but he won’t sit idly by if Senate Republicans obstruct progress on urgent priorities."

In this Nov. 6, 2019, file photo, Sen. Susan Collins, R-Maine, is surrounded by reporters as she heads to vote at the Capitol in Washington. Collins co-authored a letter supporting the legislative filibuster in 2017, and her office says she still believes it should remain in place.  (AP Photo/J. Scott Applewhite, File)

The letter authored by Collins and Coons in 2017 came after the Senate had removed other forms of filibusters in the preceding years -- Democrats got rid of the filibuster for most judicial nominees and executive nominees, while Republicans dispensed with it for Supreme Court nominees. Senators, however, asked their leadership to keep the rule in place for traditional legislation.

"We are writing to urge you to support our efforts to preserve existing rules, practices, and traditions as they pertain to the right of Members to engage in extended debate on legislation before the United States Senate," the letter said.

It continued: "We are mindful of the unique role the Senate plays in the legislative process, and we are steadfastly committed to ensuring that this great American institution continues to serve as the world’s greatest deliberative body. Therefore, we are asking you to join us in opposing any effort to curtail the existing rights and prerogatives of Senators to engage in full, robust, and extended debate as we consider legislation before this body in the future."

Other Democrats who signed onto the letter have also indicated they are shifting their positions, most significantly Sen. Kamala Harris, D-Calif. At a CNN town hall in September, she said she would remove the filibuster for "Green New Deal" legislation.

"If [Republicans] fail to act, as president of the United States, I am prepared to get rid of the filibuster to pass a Green New Deal," she said.

Harris' office did not respond to a request for comment from Fox News.

Three other former presidential candidates who signed the pro-filibuster letter -- Sen. Amy Klobuchar, D-Minn., Sen. Kirsten Gillibrand, D-N.Y., and Sen. Cory Booker, D-N.J. -- signaled that they were open to potentially removing the filibuster, according to The Washington Post

Booker and Gillibrand both made comments saying they were weighing the merits of eliminating the legislative filibuster on Pod Save America, whereas Klobuchar told the Post itself that she would consider getting rid of it.

The offices for Klobuchar, Gillibrand and Booker did not return requests for comment from Fox News.

And Sen. Ed Markey, D-Mass., who signed the Coons/Collins letter but is facing a primary challenge from Joe Kennedy -- a vocal supporter of ending the filibuster -- appeared to change his position late last year at a climate forum, according to WGBH.

"At that point, we will have to talk about changing the filibuster,” he said, referencing the possibility that Republicans would block votes on Democratic priorities.

Markey's office did not respond to a request for comment from Fox News.

But the debate has primarily been driven by those who didn't sign the 2017 letter, including Kennedy and Sen. Elizabeth Warren, D-Mass., who he hopes to join in the Massachusetts congressional delegation. She's been a longtime proponent of eliminating the legislative filibuster.

"If the Republicans think that they are going to be able to hold up the actions that need to be taken in this country by using the filibuster then they’re wrong. We’re going to have to fight them," she said, according to The Hill.

Earlier this year, while still on the campaign trail, Warren equated leaving the filibuster in place to giving a veto on bills to the gun industry and the oil industry.

Some Democrats who signed the 2017 letter, however, appear to be holding fast to their pro-filibuster stances.

Moderate Sen. Joe Manchin, D-W.Va., was reported to be open to a Merkley proposal that might include eliminating the filibuster but dispelled that notion with a tweet last week.

WATCH: MCCONNELL SAYS DEMOCRATS ARE 'THREATENING' INSTITUTIONS, DECLARING 'WAR ON THE RULEBOOK ITSELF'

"I have never supported a repeal of the filibuster and I don’t support one now. I am willing to consider solutions that promote collaboration so the Senate is able to be a productive body again. But repealing the filibuster would result in even more partisanship.," Manchin said.

A representative for Collins told Fox News that she stands by her position in the 2017 letter.

Republicans have warned against getting rid of the legislative filibuster, which is one of the procedural safeguards that many of its proponents say help give the Senate its long-held reputation as the "greatest deliberative body on earth."

McConnell, in a floor speech last week, warned that if Democrats get rid of the filibuster, they could use it to advance legislation making Washington, D.C., a state, thus almost certainly giving their party two more U.S. senators.

"A coalition of left-wing special interests are explicitly campaigning for, quote, '51 for 51,'" McConnell said, tearing into Democrats for allegedly "threatening" America's political institutions. "They want Senators to vandalize the rules to pass legislation with a simple majority, and then use that ill-gotten power to cement a presumed advantage by awarding the District of Columbia two seats."

He added: "They want to nuke the Senate to pack the Senate. It is naked politics."