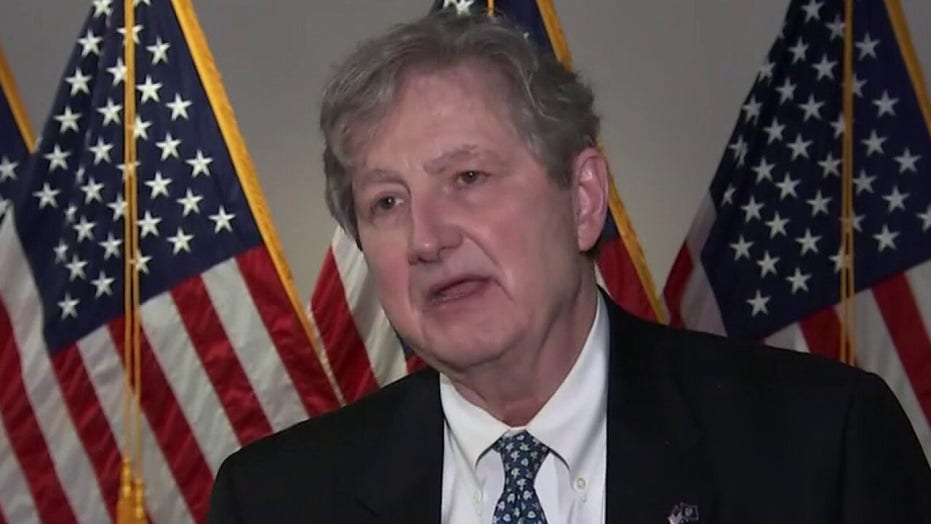 Senate Majority Leader Mitch McConnell believes he can he convince Republicans to go along if he writes the bill capping the price tag at $1 trillion; congressional correspondent Chad Pergram reports.

Senate Majority Leader Mitch McConnell is signaling a new coronavirus bill may come soon, weeks after Democrats started pummeling the Kentucky Republican for not teeing up another major COVID-19 package like the House did back in May.

“This is not over. We are seeing a resurgence in a lot of states,” McConnell said. “I think the country needs one last boost.”

But, the legislative “boost” is iffy – even according to McConnell.

“If there is another one, it will come together in July,” McConnell said in mid-June, speaking in Ashland, Ky.

McConnell clearly knows it will be hard to get Democrats and Republicans to align on another bill. A senior Senate GOP leadership source reiterated nothing would be a foregone conclusion.

Yes, the Democrats have had a long list of demands. They certainly hope an additional coronavirus package would resemble the $3 trillion measure House Democrats advanced in May – the most expensive bill in congressional history. And certainly, Senate Republicans won’t consider that plan. But, there’s sharp disagreement among members of the GOP on the next package. 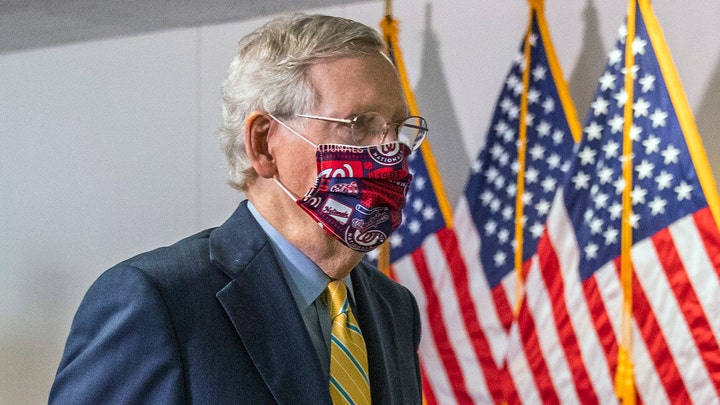 “We’re studying the economic data very, very carefully,” said Sen. John Kennedy, R-La. “If there is another bill, it will be targeted. Hopefully we’ll learn from our first three bills in terms of what works and what doesn’t. The subtext or the undercurrent here, at least on my side of the aisle, is the fact that we owe $3 trillion and climbing. This is real debt, and that doesn’t even include the $3 trillion we added to the federal reserve balance sheet [for coronavirus].”

Such profligate spending is partly why McConnell halted coronavirus spending back in the spring.

“I think we ought to take a pause here. Do a good job of evaluating what we've already done,” McConnell said on May 5. 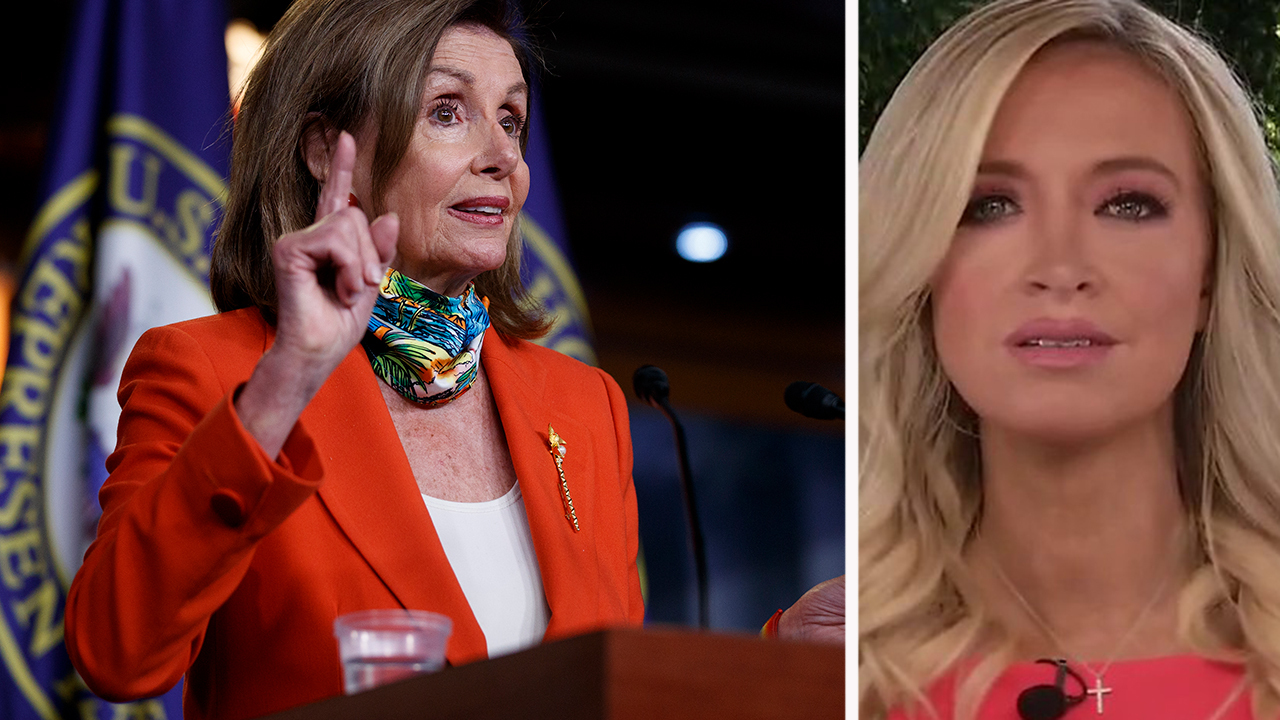 McEnany: Pelosi is playing politics and it's despicable

McConnell spoke with President Trump last week about the possibilities of another bill. Fox News is told the majority leader believed he could convince Republicans to go along if he himself wrote the legislation. That’s why McConnell’s repeatedly dismissed the expensive House plan. McConnell reiterated that such a measure would be written “in my office.” Fox News is told Republicans were aiming for a bill costing no more than $1 trillion.

Trump and McConnell aren’t ruling out another round of targeted, direct stimulus checks – especially for those making less than $40,000. But, there’s GOP division there, too.

“I’ve always said that the direct stimulus checks are going to depend on how the economy’s doing,” said Sen. Bill Cassidy, R-La. “Obviously we just had great unemployment numbers, meaning it looks like there might be a sharp uptick back, right? And so if it turns out the economy is recovering, that’s a good thing and direct stimulus checks may not be necessary. So, I think we’re still kind of collating and understanding the data as it comes in.”

The Trump administration has continued to advocate for one idea unpopular with both Republicans and Democrats: a cut in the payroll taxes employers pay on behalf of their workers. The federal government has levied such taxes on the wages of employees. Payroll taxes have financed Social Security and Medicare, which have accounted for nearly a quarter of all government revenue. Pruning the payroll tax cut could further explode the national debt, contributing hundreds of billions if not trillions of dollars of red ink – on top of the staggering spending OK'd by Congress this year alone. 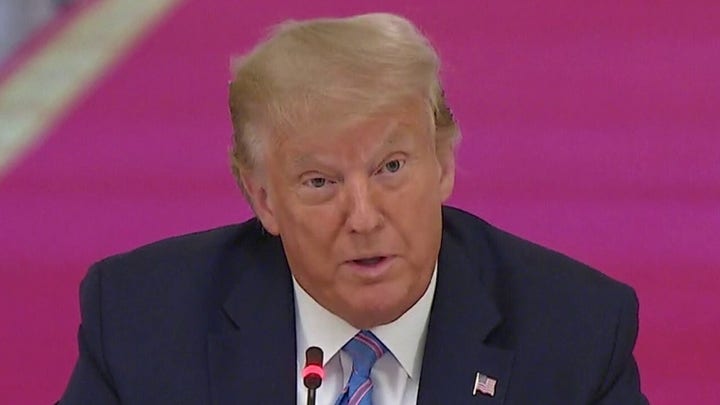 No wonder conservatives like John Kennedy are worried about spending.

Still, the White House has remained unbowed in its push for a payroll tax cut.

“The payroll tax is something of great interest to the president because it would help low- and middle-income Americans most,” White House Press Secretary Kayleigh McEnany said.

“I think the payroll tax cut could be an important part of, among other things, bringing Americans back to work and fueling job growth in the country,” Labor Secretary Eugene Scalia told Mike Emanuel on “Fox News Sunday.”

Still, additional unemployment benefits could emerge as the biggest flashpoint. Congress approved an extra $600 in unemployment aid each week for those out of work in the spring, but the Trump administration and many Republicans have seemed cool to the idea now.

“I think as we reopen the economy, I don’t know that we need a benefit like that,” Scalia said. “During the so-called ‘Great Recession,’ 10, 12 years ago when we had a downturn, the added federal unemployment benefit was $25 a week. And, what we did in the CARES Act was $600 a week. So, I think this is something we’ll get a look at, but I don’t think we need that $600 benefit going forward.” 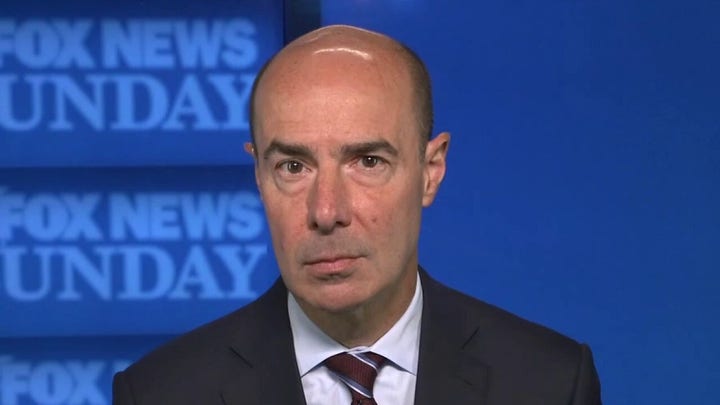 Democrats have been insistent on re-upping the unemployment help, set to expire at the end of the month.

“Unemployment is still a problem for people basically [whose] jobs are lost or basically shut down and can’t reopen because of the [pandemic]. We’ve got to make sure we’re taking care of the people that’s been mostly affected and continue to be affected,” said Sen. Joe Manchin, D-W.Va.

In addition, McConnell has been determined that a new bill include liability protections for businesses and schools, curbing people from suing because they contracted coronavirus while working or in class. McConnell also wanted to craft a provision to help schools reopen safely this fall. And, multiple Senate Republicans have been drafting plans to pay people bonuses for returning to work – as well as tipping businesses a premium for rehiring workers. Such a program may sound good – but it would be expensive.

McConnell said he’s “pretty sure” they’ll assemble some legislation in the coming weeks. But, it’s unlikely they’ll take any significant action until both the House and Senate return to session in earnest later this month. The only action on Capitol Hill between now and July 20 are various House hearings and markups – with just a skeleton crew of lawmakers attending in person.

Still, another coronavirus bill is the “if.” There’s a chasm between the sides when it comes to something which can get to the president’s desk. McConnell long ago said Congress can’t just continue to produce big bills. That’s why he wanted the economy to reopen as much as it could. And, in order to keep as much of the economy churning as possible, McConnell’s adopted a new mantra: Wear a mask.

“We can’t shut the economy down again,” McConnell warned. “A lot of people thought when we started opening up the economy again, let the good times roll.”

So, the next coronavirus bill could be the big “if.” But, the economic health of the country is hinging on the recent surge of cases. And that’s an even bigger “if.”