Chuck Schumer: What to know

Fast facts about Sen. Chuck Schumer (D-NY) you may not have known.

It’s been a rough week for Senate Democrats as they try to lay the groundwork to reclaim the chamber's majority in next year’s elections – with some of their most coveted recruits announcing they'll pass on 2020 runs.

Rising star Stacey Abrams, who came extremely close to winning last year’s gubernatorial election in Georgia, on Tuesday said no to launching a Senate bid against GOP Sen. David Perdue. Her decision was a setback to Senate Minority Leader Chuck Schumer, who personally met with Abrams multiple times as he tried to recruit her.

Hours later, Rep. Cindy Axne of Iowa announced she would run for re-election next year rather than launch a Democratic challenge against Republican Sen. Joni Ernst.

A day later, Democratic Rep. Joaquín Castro of Texas also announced he would run for re-election rather than take a stab at trying to unseat GOP Sen John Cornyn.

Also Wednesday, reports swirled that Montana Gov. Steve Bullock would likely launch a presidential campaign in the next week or two. A Bullock entry into the White House race obviously means the popular two-term governor is passing on a chance to knock off Republican Sen. Steve Daines next year.

Earlier this year, two other high-profile politicians whom the Senate Democrat’s campaign arm tried to recruit – former Gov. John Hickenlooper of Colorado and former Rep. Beto O’Rourke of Texas (who nearly defeated Sen. Ted Cruz of Texas in last year’s midterms) – decided to launch White House runs rather than run for the Senate. 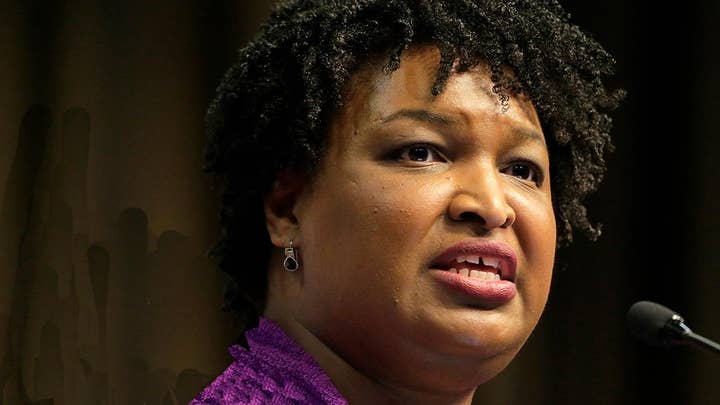 The early recruiting failures of Schumer and Democratic Senatorial Campaign Committee (DSCC) chair Sen. Catherine Cortez Masto of Nevada could be an early barometer of the likely steep climb ahead as their party tries to take back the majority in the chamber where the Republicans hold a 53-47 advantage.

Republicans were quick to spotlight the setbacks as a sign of Democratic weakness and target Schumer.

“Now that top-tier Democrats in nearly every competitive state have all said no to Chuck Schumer, the picture is becoming clear: Democrats simply do not believe in Schumer’s ability to lead them into the majority,” Pandol added.

“It shouldn’t surprise anyone that Democrats, watching their party begin to trend closer to socialism, are ducking out of competitive races against well-funded, accomplished Republican incumbents,” Hunt told Fox News.

Democrats did land their top recruit in Arizona, where former astronaut Mark Kelly announced his candidacy. Kelly is the husband of former Rep. Gabrielle Giffords, who survived after being shot in the head during a mass shooting in Tuscan in 2011 that left six people dead.

Landing Kelly was a major get for the Democrats, as they try to oust GOP Sen. Martha McSally, who was appointed by Arizona’s Republican governor to fill the remainder of the term of the Senate seat held for years by the late Sen. John McCain.

DSCC spokesperson Stewart Boss highlighted that “Republicans are on defense this cycle, trying to rescue weak incumbents with toxic records raising health care costs and giving tax breaks to corporations and billionaires in states where the president lost or is increasingly unpopular.”

And he argued that his party’s “well-positioned to take advantage of this climate and will have impressive candidates in these battleground states.”

Pointing to an increasing number of stories spotlighting this week’s setbacks, the official added that “it’s a little premature to weigh in on how the map’s going to play in early May of the off year.”

The source also pointed out that Castro’s decision not to run prevents a likely bruising primary battle with Air Force veteran MJ Hegar, who’s already in the race.

The official also noted that the GOP could see ugly primary fights in Kansas and Alabama, where Democratic incumbents will have a hard time holding on to seats in red-leaning states -- and that Republicans have yet to land top-tier recruits in the battleground states of New Hampshire and Michigan, to take on incumbent Democratic Sens. Jeanne Shaheen of New Hampshire and Gary Peters of Michigan.

While enjoying a much more favorable map than in 2018, the Democrats' path to retaking the majority remains narrow. They have to flip three seats if the party retakes the White House, or four if President Trump’s re-elected. Only two GOP incumbents are running for re-election in states that Hillary Clinton captured in 2016.