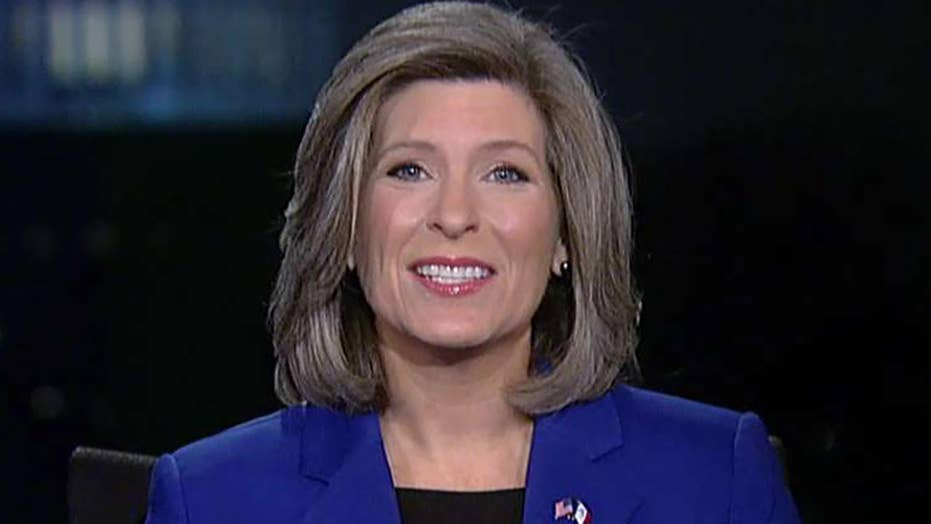 At least nine Democrat senators have to get on board to push the $1 trillion package across the finish line; Griff Jenkins reports from Washington.

As federal, state and local governments scramble to help hospitals and doctors' offices deal with a looming shortage of supplies -- including personal protective equipment (PPE) for health care providers treating patients infected with the coronavirus -- Sen. Joni Ernst, R-Iowa, is introducing a bill that would redirect hundreds of millions of dollars "just sitting around" to help buy up equipment.

Ernst is proposing that the federal government raid the "outdated" Presidential Election Campaign Fund, which currently holds over $350 million, to finance its efforts to prepare the U.S. health care system for a jump in demand linked to the coronavirus pandemic.

"As I’ve said, it’s going to take an all hands on deck approach to tackle the COVID-19 pandemic. I’ve heard directly from Iowa state officials and our health care providers about the need for additional masks and personal protective equipment," Ernst said in a statement. "Right now, there’s more than $350 million in unused cash sitting around in the obsolete and outdated presidential election campaign fund. This is simple. We should immediately move that money to where it’s critically needed: let’s put it toward more masks and personal protective equipment for the health care workers who are on the front lines of this pandemic."

TRUMP EXPECTED TO ANNOUNCE NEW TRAVEL RESTRICTIONS BETWEEN US AND MEXICO, CANADA

The fund was set up by a law that allows presidential candidates to accept a set amount of federal money to run their campaigns, a move that was meant to reduce the effect of special interests in presidential elections. Candidates running in a primary can receive matching funds for their campaign donations as long as they agree to comply with spending limits and a general election candidate can get a grant of about $100 million from the fund as long as he or she agrees to take no private funding for the general election.

The fund is financed by taxpayers who have the option on their tax form each year to contribute $3 to it.

The law has fallen out of use due to how expensive presidential elections have become, with candidates preferring to solicit private donations as they build war chests that far exceed the spending limits for Presidential Election Campaign Fund money. The only candidates to use public funds in 2016 were Democrat Martin O'Malley and Green Party candidate Jill Stein. O'Malley took just over $1 million for his primary campaign and Stein received just over $450,000 for hers. Stein did not use public funds for her general election campaign.

Former President Barack Obama was the first candidate since 1976 to forego the public financing -- and spending limits -- for his 2008 general election campaign, and his opponent John McCain was the last candidate to use the financing.

Then-U.S. Senator Barack Obama, D-Ill., (L) with wife Michelle (R), waves after formally announcing his campaign for U.S. President in the 2008 election during a campaign rally in front of the Old State Capitol in Springfield, Illinois, February 10, 2007. REUTERS/Frank Polich

That's why Ernst sees an opportunity to inject hundreds of millions of dollars into the federal government's coronavirus response without increasing the federal deficit or charging taxpayers. She proposes that the money go to the Department of Health and Human Services' Strategic National Stockpile, which is working on obtaining PPE and providing it to health care workers.

Ernst's $350 million will just be a drop in the bucket of overall federal spending on the coronavirus threat, however. Congress has already passed and President Trump has already signed two laws totaling upwards of $108 billion for preventing the spread of the coronavirus and stimulating the economy.

Now, Congress is working on a bill that could spend more than $1 trillion on the coronavirus response. Senate Majority Leader Mitch McConnell has said he hopes to have an agreement with Democratic leaders on the bill by Friday night and hopes to pass it by Monday.