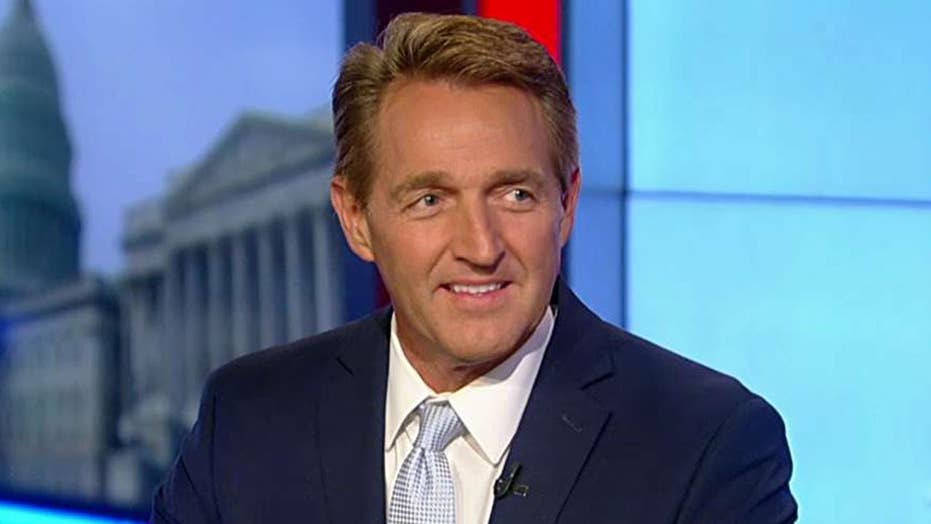 American citizens who felt abandoned by both the Democrats and Republicans were drawn to President Trump, "a candidate who entertained them and offered oversimplified answers" to complex issues, Sen. Jeff Flake, R-Ariz., says in a new book.

Flake took his own party to task as well as Democrats, blaming both in a new book for the political gridlock that led to Trump's presidency and its current chaos.

The book, "Conscience of a Conservative," published by Random House goes on sale Tuesday.

The senator said that since the election conservatives have been in denial as the government at its highest levels has become dysfunctional.

Flake was highly critical of Trump during the presidential campaign, but has sought to reach common ground and backed some of the administration's initiatives, including Senate Majority Leader Mitch McConnell's backup proposal to repeal the Affordable Care Act and replace it later.