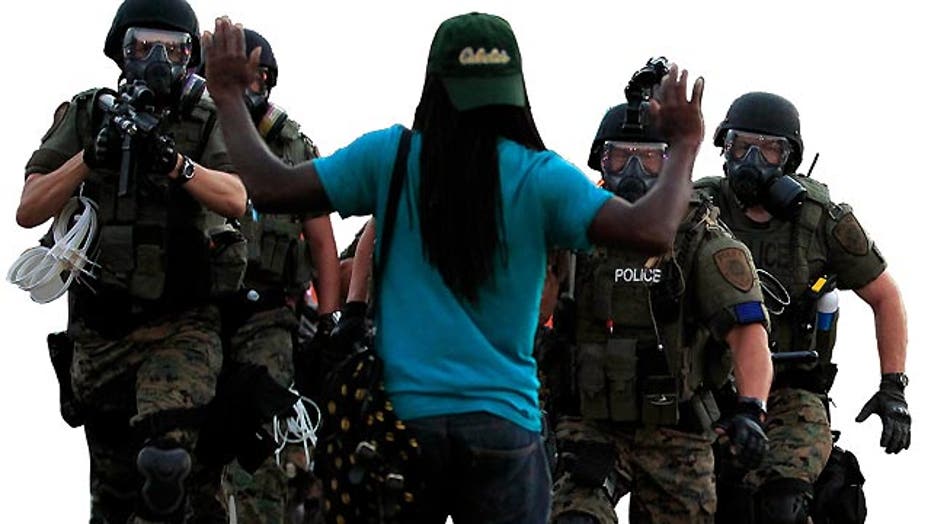 The Ferguson Police Department routinely violated the constitutional rights of the local African-American population in the Missouri city for years, the Department of Justice has found in a searing report.

The investigation, launched after the August shooting of Michael Brown, an unarmed black teenager, found that the department violated the Fourth Amendment in instances such as making traffic stops without reasonable suspicion and making arrests without probable cause.

The report provides direct evidence of racial bias among police officers and court workers, and details a criminal justice system that through the issuance of petty citations for infractions such as walking in the middle of the street, prioritizes generating revenue from fines over public safety.

The practice hits poor people especially hard, sometimes leading to jail time when they can't pay, the report says, and has contributed to a cynicism about the police on the part of citizens.

The official release of the report could come as early as Wednesday. The details were provided to Fox News on Tuesday by law enforcement officials familiar with the department's findings.

The Justice Department alleges that the discrimination was triggered at least partly by racial bias and stereotypes about African-Americans, a violation of the 14th Amendment. The report details a November 2008 email on an official Ferguson municipal account which joked that President Obama would not be president for long because “what black man holds a steady job for four years?”

From 2012 to 2014, the report found, African-Americans comprised 85 percent of people pulled over for a traffic stop; 90 percent of those given citations; and 93 percent of arrests.

The report also accuses the Ferguson police of using unreasonable force in violation of the Fourth Amendment, and that 88 percent of those cases involved African-Americans.

The Justice Department began the civil rights investigation following the August killing of Brown, which set off weeks of protests. A separate report to be issued soon is expected to clear the officer, Darren Wilson, of federal civil rights charges.

Justice Department officials were in St. Louis on Tuesday to brief Ferguson leaders about the findings, a city official said.

Several messages seeking comment from Ferguson Police Chief Tom Jackson and Mayor James Knowles III were not returned. A secretary for Jackson said he is not doing media interviews.

Scott Holste, a spokesman for Gov. Jay Nixon, declined comment, saying he has not seen the report.

Ben Crump, the attorney for the Brown family, said that if the reports about the findings are true, they "confirm what Michael Brown's family has believed all along, and that is that the tragic killing of an unarmed 18-year-old black teenager was part of a systemic pattern of inappropriate policing of African-American citizens in the Ferguson community."