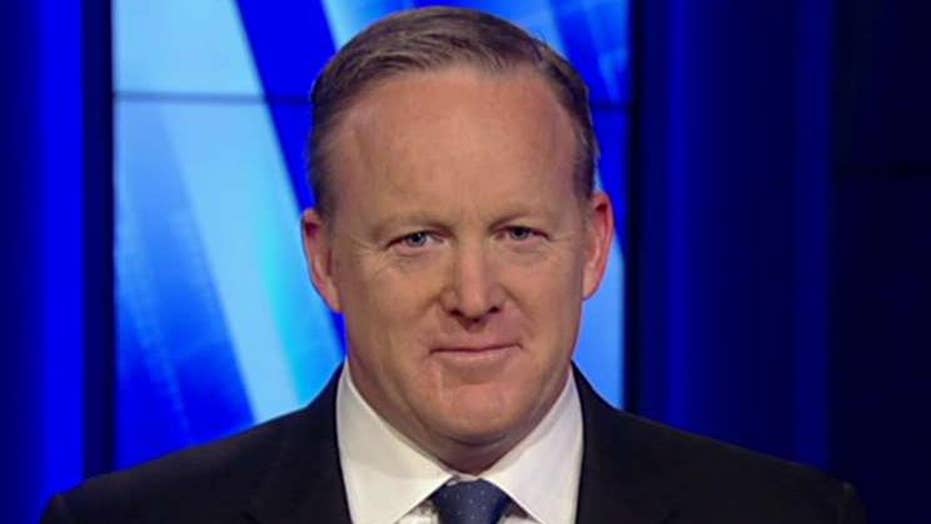 Spicer, who was announced as press secretary earlier Thursday, told "The Kelly File" in an exclusive interview that Trump was unique among politicians because "he's not having to put everything through the filter of the mainstream media."

It is absolutely fascinating and it makes every day, every hour just unbelievable," Spicer told host Sandra Smith. "Because you know you’re having that conversation with the American people and they can have it back with him."

Spicer said he believed the Trump administration would still hold daily press briefings, despite occasional suggestions otherwise. However, he left open the possibility that they would exist in a modified form.

"Can we do things better? Can we be more effective? Can we put the American people first in some of these?" Spicer asked. "It’s not a question of getting rid of certain things ... maybe we add an element to them. Maybe not everything’s on camera, maybe we bring more people into the process."

When asked how he would balance the president-elect's turbulent relationship with the media, Spicer responded, "I think there’s a difference between calling people out and understanding the role that the press plays in a free society.

"The press has a right to go out and write stories ... but I think similarly, and what Donald Trump has proven ... is that when people are wrong, he’s going to hold them accountable and he’s going to correct the record."