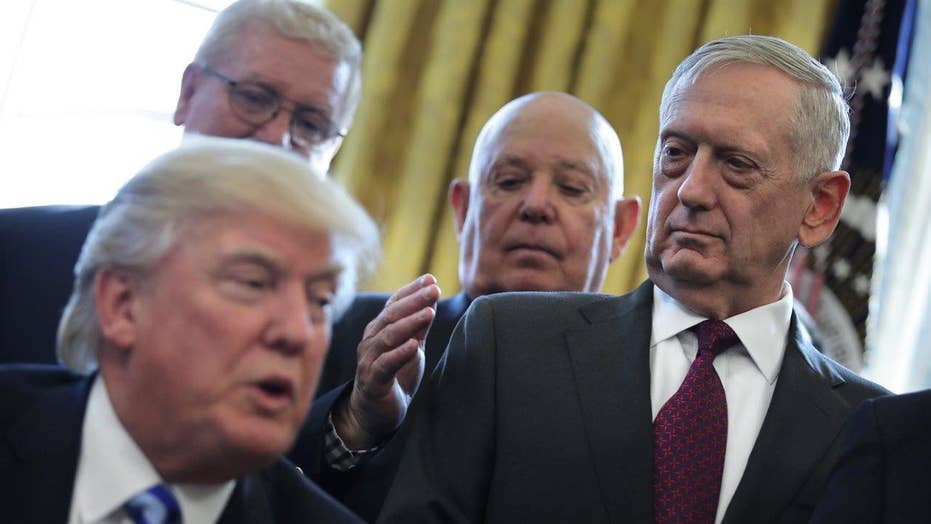 Is President Trump's agenda in jeopardy?

'The O'Reilly Factor' examines the political ramifications of the healthcare debate

Sen. Chuck Schumer, D-N.Y., said Thursday that Judge Neil Gorsuch did little to win over Democrats and predicted that Republicans will not get the votes needed to avoid a filibuster

Schumer was among five senators to declare their opposition to Gorsuch Thursday, even before the Judiciary Committee hearing on the nomination had ended.

Schumer said he would lead a filibuster against Gorsuch, criticizing him as a judge who “almost instinctively favors the powerful over the weak.” Schumer said the 49-year-old Coloradan would not serve as a check on Trump or be a mainstream justice.

“There’s been an almost seismic shift in the caucus [against Gorsuch],” he told Politico. “He did not win anybody over with his testimony.”

The vote is expected in early April. Senate Majority Leader Mitch McConnell has not indicated whether he will employ the option.

Democrats may have some momentum after the Republican-backed ObamaCare replacement died before a vote on Friday.

Senate Democrats vowed Thursday to impede Gorsuch’s path to the Supreme Court, setting up a political showdown with implications for future openings on the high court.

Still irate that Republicans blocked President Obama’s nominee, Democrats consider Gorsuch a threat to a wide range of civil rights and think he was too evasive during 20 hours of questioning. Whatever the objections, Republicans who control the Senate are expected to ensure that President Donald Trump’s pick reaches the bench, perhaps before the middle of April.

A Supreme Court seat has been open for more than 13 months, since the death of Justice Antonin Scalia. Like Scalia, Gorsuch has a mainly conservative record in more than 10 years as a federal appellate judge.

Shortly before Schumer’s announcement, Pennsylvania Sen. Bob Casey, who faces re-election next year in a state Trump won, also announced his opposition. Casey said he had “serious concerns about Judge Gorsuch’s rigid and restrictive judicial philosophy, manifest in a number of opinions he has written on the 10th Circuit.”

Democratic Sens. Tom Carper of Delaware and Ron Wyden of Oregon, and Sen. Bernie Sanders, the Vermont independent, also said they would vote against Trump’s nominee, among at least 11 senators who say they will oppose Gorsuch in the face of pressure from liberals to resist all things Trump, including his nominees.