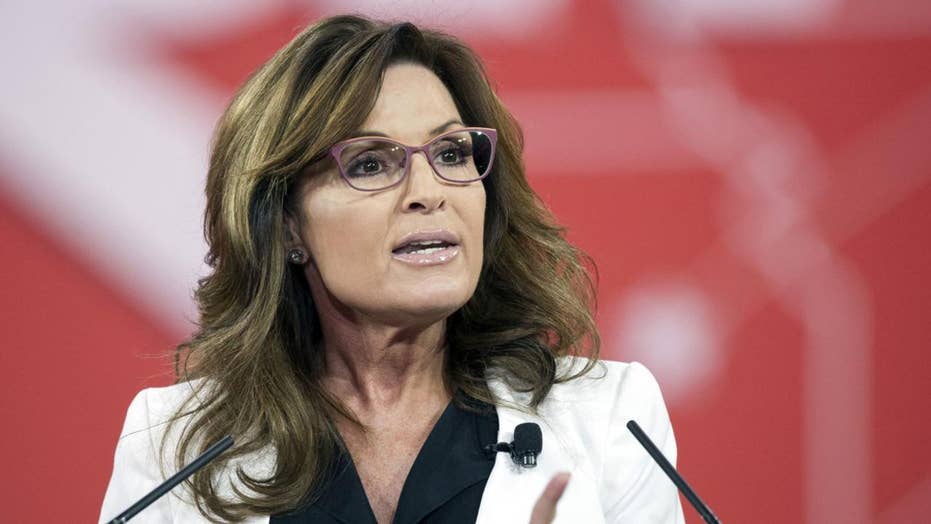 In a recent interview on 'Good Morning Britain,' Sarah Palin expressed the pain she felt after finding out she was not invited to the funeral of her 2008 running mate, the late Sen. John McCain. Palin, who was picked as John McCain's running mate in the 2008 Presidential election, said the news was 'kind of a gut punch.' McCain, who died last August from brain cancer, reportedly planned his own funeral.

Sarah Palin says it was a “gut punch” not to be invited to the funeral of her 2008 running mate, the late Sen. John McCain, last year.

Palin, who was tapped as McCain’s pick for vice president during the 2008 race, opened up about the funeral during an interview on “Good Morning Britain.”

“I was kinda surprised to be publicly disinvited to the funeral. I think that was an unnecessary step,” Palin told Piers Morgan. “They didn’t have to embarrass me and embarrass others. That was all weird. I hope that doesn’t happen to other people. It’s kind of a gut punch.”

McCain, who died last August from brain cancer, reportedly planned his own funeral. 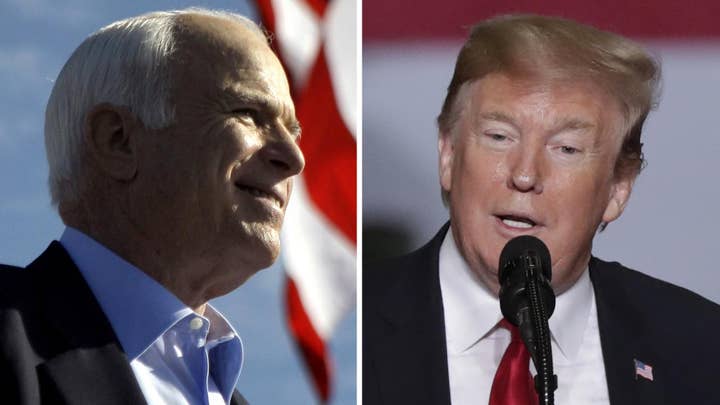 According to reports, Palin learned she was not invited to the services through an intermediary, not directly from the McCain family.

A Palin family source, at the time, told NBC News that, “Out of respect to Senator McCain and his family we have nothing to add at this point. The Palin family will always cherish their friendship with the McCains and hold those memories dear.”

But last May, McCain published a book titled “The Restless Wave,” in which he wrote that he regretted choosing Palin as his running mate instead of his close friend, former U.S. Sen. Joe Lieberman of Connecticut.

DONALD TRUMP'S FEUD WITH MCCAIN FAMILY ESCALATES: 'I WAS NEVER A FAN'

When he died, Palin posted a pair of tweets touting McCain and his record.

“Today we lost an American original,” she wrote. “Sen. John McCain was a maverick and a fighter, never afraid to stand for his beliefs. John never took the easy path in life - and through sacrifice and suffering he inspired others to serve something greater than self.”

Later, she wrote: “John McCain was my friend. I will remember the good times. My family and I send prayers for Cindy and the McCain family.”

He added: “I never liked him much. I really probably never will.”

Trump’s attacks on McCain drew a rebuke from Republicans, who defended the late senator and his accomplishments. 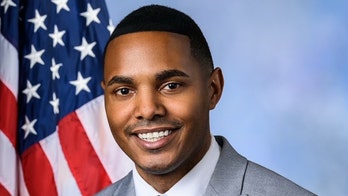