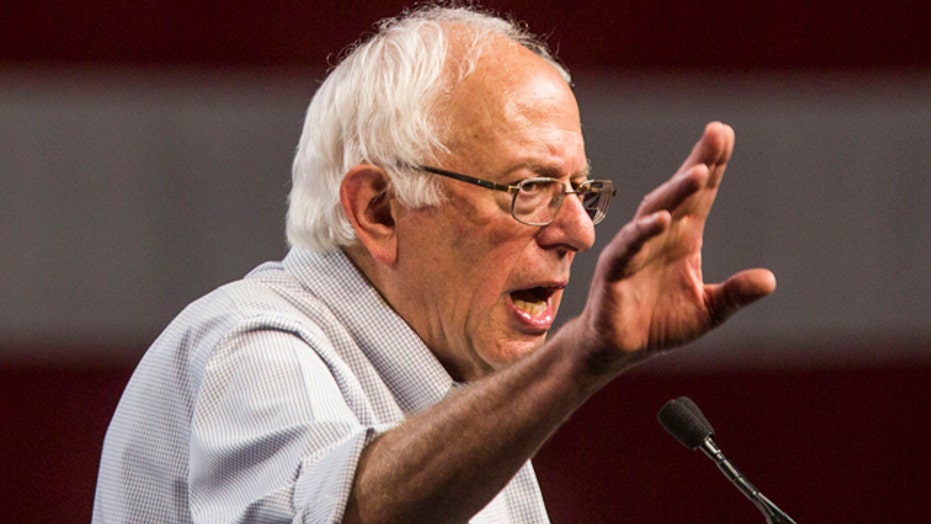 Vermont Sen. Bernie Sanders has opened up a shocking 7-point lead over Hillary Clinton in New Hampshire, according to a new poll released late Tuesday.

The Boston Herald-Franklin Pierce University survey of 442 likely voters in February's Democratic primary showed Sanders garnering 44 percent of the vote to 37 percent for Clinton. Sanders' lead is outside the poll's plus-or-minus 4.7 percent margin of error.

Vice President Joe Biden, who reportedly is considering making a late entry into the Democratic race, came in third with 9 percent of the vote. Former Virginia Sen. Jim Webb, former Maryland Gov. Martin O'Malley, and former Rhode Island Senator and Governor Lincoln Chafee brought up the rear with 1 percent of the vote or fewer.

The poll continues a trend of Sanders closing what once seemed to be an insurmountable deficit against Clinton in the Granite State. A WMUR/Granite State Poll released last week showed Sanders had pulled into a statistical tie against Clinton. By comparison, the self-described socialist Sanders trailed former Secretary of State Clinton by 36 percentage points in a Herald-Franklin Pierce poll from March.

The new poll was released hours after Clinton announced she was turning over her personal e-mail server to the Justice Department amid an ongoing investigation into whether she improperly sent or stored classified information on the server, which was based at her New York home.

The Herald poll contains troubling signs for both Clinton and Sanders. Despite the groundswell of support for the upstart senator, 65 percent of respondents said Clinton would emerge as the Democratic nominee, compared to only 11 percent who backed Sanders.

For her part, Clinton, who won the New Hampshire primary over Barack Obama in 2008, has apparently failed to electrify the electorate, with just 35 percent of likely voters saying they were "excited" about her campaign. Only 36 percent said they had a "very" favorable opinion of Clinton, compared to 54 percent who had a "very" favorable view of Sanders. In addition, 51 percent of respondents said they could support Clinton, but were not enthusiastic about her candidacy.

The latest Fox News national poll, released last week, shows that Clinton's lead over Sanders, while still significant, has dropped to its lowest margin so far. Clinton received 51 percent while Sanders came in at 22 percent. By contrast, support for Clinton was 59 percent three weeks ago, 61 percent a month ago -- and has been as high as 63 percent in the months since Sanders entered the race.