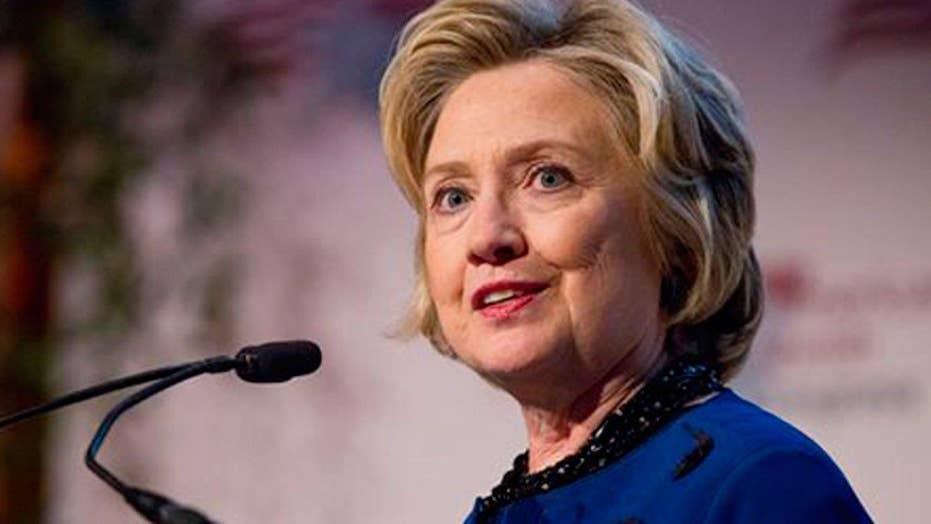 Democratic front-runner Hillary Clinton was on the defense again Sunday for her Wall Street connections, insisting the millions she has received in campaign contributions and speaking fees have never influenced her political stances and suggesting she’s being unfairly targeted.

The campaign of primary challenger Vermont Sen. Bernie Sanders is now accusing Clinton, as a New York senator, of changing her position on a 2001 bankruptcy bill because of such contributions.

“This is one of these innuendo insinuation charges that the Sanders campaign is engaging in,” Clinton said on ABC’s “This Week.”

The campaign is using a quote from Massachusetts Democratic Sen. Elizabeth Warren about the bill in which she suggests Clinton had “taken money” from such groups.

“And more to the point, she worries about them as a constituency,” Warren, an outspoken Wall Street critic, also said at the time.

Clinton argues she got the bill changed to be more favorable to women and children in cases such as divorce and bankruptcy.

“So I did go to work on behalf of all these women's groups and children's groups because they needed a champion,” Clinton said. “It had nothing to do with any money whatsoever. And I resent deeply any effort by the Sanders campaign to so imply” otherwise.

Clinton also said Sunday that she would release the transcripts of her Wall Street speaking engagements, following a question during a CNN televised town hall event Wednesday about getting paid $675,000 for three speeches to Goldman Sachs after she left her post as secretary of state.

“That's what they offered,” Clinton said in response to the question.

Clinton made the comment amid an ongoing battle with Sanders over their respective progressive credentials following her narrow victory in Monday's Iowa Caucuses.

“I don’t know any progressive who has a super PAC and takes $15 million from Wall Street,” Sanders, whose campaign has been driven by modest contributions, said at the town hall event.

An Associated Press analysis of public disclosure forms and records released by the Clinton campaign found that she made $9 million from appearances sponsored by banks, insurance companies, hedge funds, private equity firms and real estate businesses.

Clinton said Sunday that she’d release the transcripts but that others, including 2016 White House rivals, must do the same and suggested that she’s being unfairly targeted, as she has in the past.

“Let everybody who's ever given a speech to any private group under any circumstances release them,” she said. “I don't mind being the subject in Republican debates, the subject in the Democratic primary. … But at some point, you know, these rules need to apply to everybody.”

In 1998, Clinton, as first lady, suggested her husband, President Bill Clinton, was the target of a “vast, right-wing conspiracy.”

And she has more recently suggested that Republicans and other critics are “grabbing at straws” over her use as secretary of state of a private server and email accounts for official correspondence.

Sanders on Sunday declined to call for Clinton to release the transcripts.

“I have no idea what she said, and I think the decision as to whether or not to release it is her decision,” he said on CNN’s “State of the Union.”