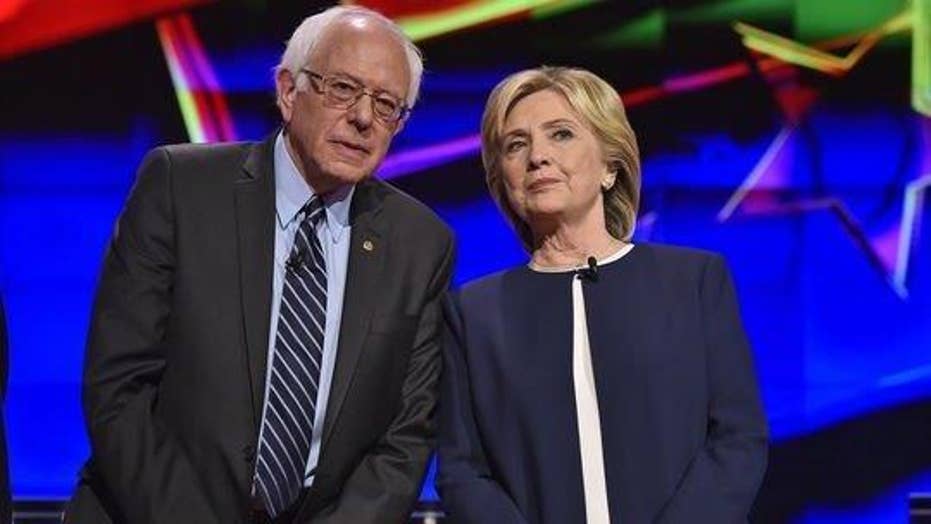 Democratic presidential candidate Bernie Sanders and his campaign are asking zealous supporters known as “BernieBros” to stop the lewd, online criticism of journalists, Hillary Clinton backers and others critical of his political views.

“If you support @berniesanders, please follow the senator's lead and be respectful when people disagree with you,” Sanders' rapid response director Mike Casca said on Twitter, in an apparent effort to stop such online rhetoric.

The online attacks by Sanders supporters have included crude and sexually charged language. The candidate himself made clear Sunday that he disapproves of the BernieBros attacks and wants them to end.

“It's disgusting,” Sanders told CNN. “We don't want that crap."

The Clinton campaign has confronted the Sanders campaign over the rhetoric. Former President Bill Clinton said Sunday at a New Hampshire campaign event that online supporters “have been subject to vicious trolling and attacks that are literally too profane often, not to mention sexist, to repeat.”

His remarks suggested, as others have recently, that the so-called BernieBros attacks target women.

“Anyone who engages in social media in support of Hillary Clinton has encountered this element,” Clinton spokesman Brian Fallon said Thursday at a Bloomberg Politics event. “It can be nasty. It can be vitriolic. And I think the Sanders campaign needs to beware the extent to which … they let the mentality or the crudeness seep into the words and criticisms that they hurl at Hillary Clinton.”

Fallon spoke after Clinton narrowly defeated the 73-year-old Sanders in the Iowa caucuses, despite him winning roughly 70 percent of the under-30 vote.

Sanders, a Vermont senator, argues he has never run a negative campaign in his roughly 33 years in office and won’t against the front-running Clinton.

"Look, anybody who is supporting me that is doing the sexist things is -- we don't want them," Sanders told CNN. "I don't want them. That is not what this campaign is about.”