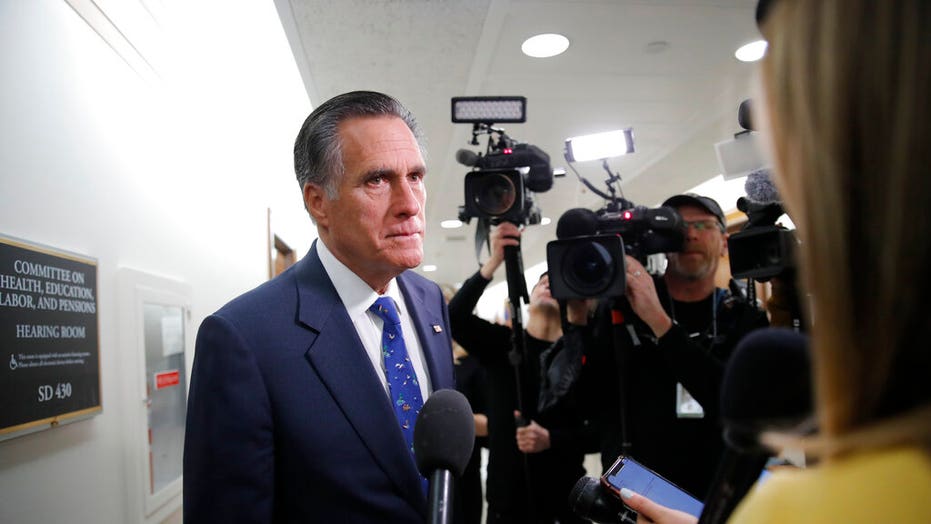 Sen. Mitt Romney, R-Utah, said he is confident the GOP will maintain control of the Senate, and he believes that President Trump will be reelected in November.

“I'm confident that we will keep the majority in the Senate,” Romney told a group of reporters following a Senate GOP luncheon. “And I actually have long predicted the president will be reelected. I continue to think that's the case.”

A most recent Gallup poll had Trump’s approval rating dropping 10 points over last month, to 39 percent. A new CNN survey shows Joe Biden ahead of Trump 55 to 41 percent.

The New York Times, citing “people familiar with their thinking,” reported this week that Romney was not expected to vote for Trump.

The Utah senator and former presidential candidate voted to convict Trump on one of two articles of impeachment in the Senate — abuse of power. The Times reported that Romney was deliberating whether to again write in his wife Ann on the presidential ballot or cast a different vote.

A sign of how low the relations between Trump and Romney are came earlier this year when Trump was informed that Romney was in self-isolation because of possible exposure to the coronavirus.

“Gee, that’s too bad," Trump said, although he denied moments later he was being sarcastic.

Then on Monday, Trump mocked Romney for marching with Black Lives Matter protesters.

“Tremendous sincerity, what a guy,” Trump tweeted Monday morning. “Hard to believe, with this kind of political talent, his numbers would ‘tank’ so badly in Utah!”

The president shared a video of Romney marching with protesters in Washington, D.C., over the weekend, where he explains he was participating for the cause of ending “violence and brutality, and to make sure people understand that Black Lives Matter.”