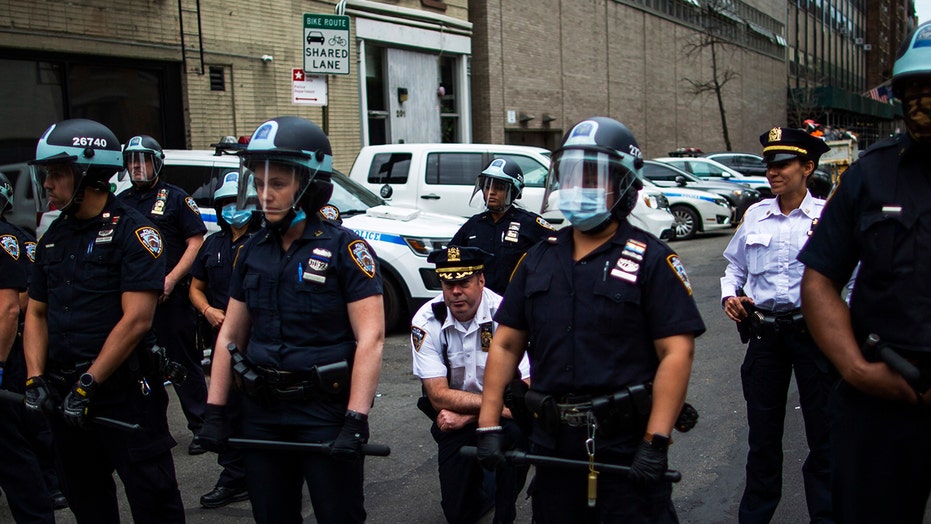 President Trump on Monday mocked Mitt Romney for marching with protesters to the White House over the weekend, sarcastically praising the Utah senator's "sincerity" and political acumen.

“Tremendous sincerity, what a guy,” Trump tweeted Monday morning. “Hard to believe, with this kind of political talent, his numbers would ‘tank’ so badly in Utah!”

The president shared a video of Romney, R-Utah, marching with protesters in Washington, D.C., over the weekend, where he explains he was participating for the cause of ending “violence, and brutality, and to make sure people understand that Black Lives Matter.”

Romney, on Sunday, posted photos of the march, and an image of him with the crowd, wearing a face mask to follow COVID-19 precautions.

Also over the weekend, Romney tweeted a photo of his father during the late 1960s, who at the time was the governor of Michigan, marching with civil rights protesters.

“This is my father, George Romney, participating in a Civil Rights march in the Detroit suburbs during the late 1960s—‘Force alone will not eliminate riots,’ he said. ‘We must eliminate the problems from which they stem,’” he tweeted.

Protests in response to the death of George Floyd in Minneapolis police custody continued in cities across the nation this weekend, with thousands pouring into the streets of Washington. The demonstrations were largely peaceful, after last weekend’s riots.

Meanwhile, the president has regularly feuded with Romney throughout his administration.

Romney was the only GOP senator to break party ranks and vote in favor of finding Trump guilty of abuse of power in the Senate’s impeachment trial. Romney, though, stuck with Republican senators in voting to acquit Trump on the second article of impeachment — obstruction of Congress.

While Trump referred Monday to his numbers tanking, the senator has actually polled better than the president in his own state lately despite taking a hit after impeachment.

Romney, according to a report over the weekend, is not expected to support Trump in the 2020 presidential election.