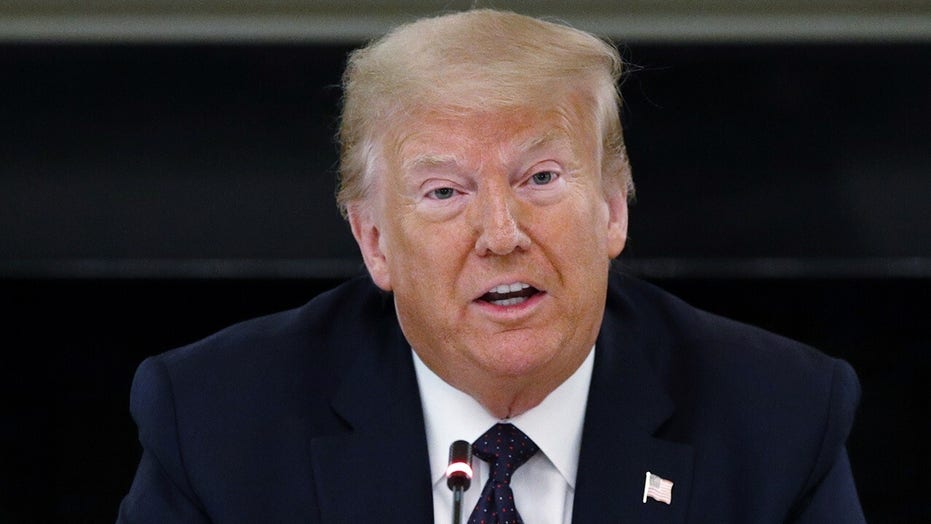 A new national poll by Gallup indicates that President Trump’s approval rating has slid amid unrest the past couple weeks in cities across the nation sparked by the death of George Floyd in police custody.

The president’s approval rating – which stood at 49 percent a month ago in Gallup polling – dropped to 39 percent in their latest survey, which was released on Wednesday. Trump’s disapproval in the new poll stood at 57 percent, up 11 percentage points from early May.

THE LATEST 2020 POLLS FROM FOX NEWS

The president’s approval rating dipped below 40 percent in Gallup polling for the first time since early October.

Trump’s approval rating on how he’s handling the economy also dipped below 50 percent in Gallup polling for the first time since November 2017. It currently stands at 47-51 percent approval/disapproval, down from 58-41 percent in February.

Much of the nation’s economy was shut down in mid-March, to prevent the spread of the coronavirus, which sparked a massive surge in unemployment.

The Gallup survey was conducted May 28-June 4, entirely before Friday’s stunning unemployment report, which indicated 2.5 million jobs were created last month and that the nation’s jobless level had dropped. The numbers were boosted by many states reopening their economies last month.

A Real Clear Politics average of the latest national ratings for the president put Trump at 42.2 percent approval and 54.9 percent disapproval. The approval rating is a much-watched indicator of a president’s popularity, strength and clout – especially when an incumbent president is running for reelection.

The survey’s release comes as most recent national polls indicate the president trailing Democratic challenger Joe Biden in general election matchups. Many surveys in the key November battleground states also show the former vice president with the advantage over Trump. But the general election remains a little less than five months away, a lifetime in campaign politics.