Sen. Mitt Romney, once a thorn in the side of President Trump, said Sunday that Democrats' maneuvers to try getting their hands on the president's tax returns were “moronic.”

“I’d like the president to follow through and show his tax returns,” Romney, R-Utah, told NBC News' “Meet the Press.” “But, I have to also tell you, I think the Democrats are just playing along his handbook, which is going after his tax returns through a legislative action – it’s moronic. That’s not going to happen.”

“So, he’s going to win this victory,” Romney added. “He wins them time after time.”

Sen. Mitt Romney, R-Utah, once a thorn in the side of President Trump, said Democrats' calls for the president to release his tax returns were “moronic.” (Getty/AP, File)

House Ways and Means Committee Chairman Richard Neal, D-Mass., asked the IRS last week to provide six years of Trump’s personal tax returns and the returns for some of his businesses.

Neal, one of only three congressional officials authorized to request tax returns, requested Trump’s personal and business returns in a letter to IRS Commissioner Charles Rettig. He asked for returns covering 2013 through 2018. He also asked for the documents in seven days, setting an April 10 deadline.

Trump’s lawyers have argued the Democratic request “would set a dangerous precedent” if granted.

Trump broke with precedent when he chose not to release any tax returns as a presidential candidate. He said he would not release the information because he is under audit, something he reiterated last Friday while visiting the U.S-Mexico border.

“I’m under audit. When you’re under audit you don’t do it,” Trump said. 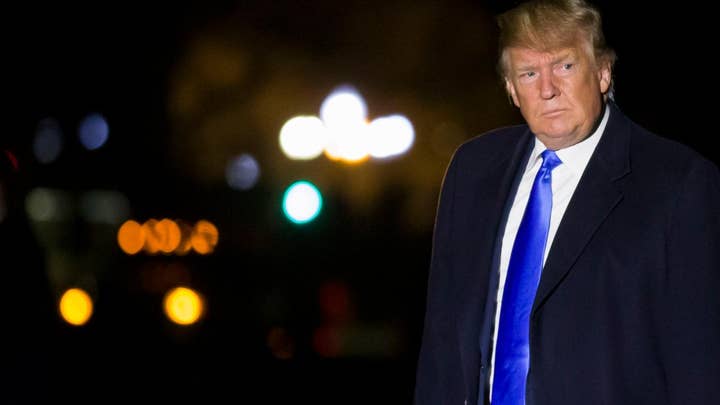 IRS officials have said taxpayers under audit are free to release their returns.

“That is not going to happen and they know it,” Mulvaney told “Fox News Sunday.” Asked whether he believe Democrats would ever view the president’s returns, Mulvaney replied: “Oh no, never. Nor should they.”

Mulvaney tried to cast the issue of the president’s taxes as old news, saying it was “already litigated during the election” and the American people “elected him anyway.”

He also said the law provides for lawmakers to review individual tax returns but “political hit job is not one of those reasons.”

Fox News' Bill Hemmer and The Associated Press contributed to this report.