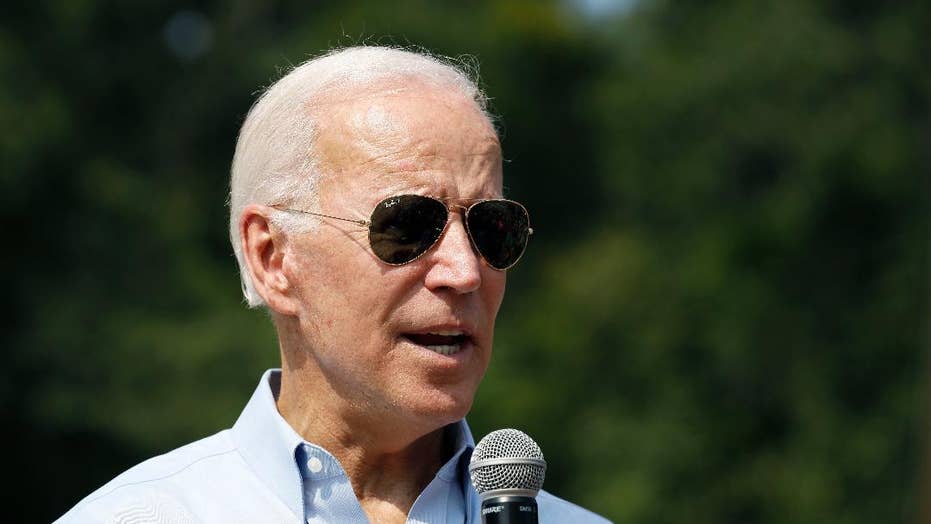 Michael Knowles says the Biden campaign does not benefit from news surrounding his son’s overseas business with the Ukraine.

Utah Sen. Mitt Romney, who has recently said he may decline to support President Trump’s reelection bid, tweeted on Sunday that it would be ‘troubling in the extreme’ if the president appealed to his Ukrainian counterpart to investigate Joe Biden and his son, Hunter.

Romney, in a tweet on Sunday, said it was "critical for the facts to come out.”

“Nothing was said that was in any way wrong,”  Trump said.

Trump has been reportedly accused of pressuring Zelenskiy to work with his  personal attorney, Rudy Giuliani, in investigating Hunter Biden, and using military aid as leverage.

Trump denied making any improper requests, but he did point fingers at the Bidens and their relationship with Ukraine.

Biden has said in the past that the U.S. would withhold $1 billion in loan guarantees from Ukraine if the prosecutor was not fired, but it remains unclear if this was directly tied to Hunter Biden’s case, as other countries reportedly wanted the prosecutor out as well.

Biden told reporters in Iowa on Saturday that “Trump deserves to be investigated. He is violating every basic norm of a president. You should be asking him the question, why is he on the phone with a foreign leader trying to intimidate a foreign leader, if that’s what happened.”

He accused Trump of “doing this because he knows I’ll beat him like a drum and he’s using the abuse of power and every element of the presidency to try to do something to smear me.”

Trump accused Biden of dishonesty in claiming that he never spoke to his son about his business dealings with a Ukrainian energy company, despite Hunter Biden telling the New Yorker that they spoke “just once” about it.