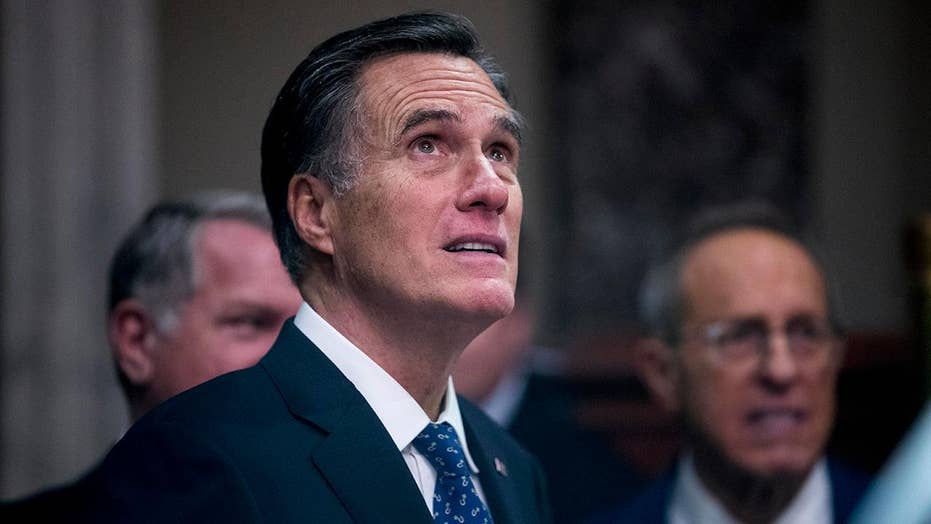 Romney breaks from Trump: What do veteran GOP senators think about the freshman lawmaker's attack on the president?

Sen. John Kennedy speaks out on 'Cavuto Live' on if Mitt Romney calling President Trump's character into question will backfire.

Utah Sen. Mitt Romney said Friday he may decline to support Donald Trump for president in 2020, explaining, “I wouldn't be surprised if I stay out of the endorsements."

The 2012 Republican presidential nominee, who has not shied away from criticizing Trump, told reporters at his annual E2 Summit in the Utah ski-resort town of Park City that he doesn’t thing endorsements really matter anyway.

"I don't think endorsements are worth a thimble of spit," Romney said.

Romney in 2016 refused to support Trump, famously giving a speech in which he referred to the candidate as a “phony, a fraud." He said he later wrote the name of his wife, Ann, on that ballot.

House Democrats call on Trump to cancel plans to speak at the Lincoln Memorial during the traditional Fourth of July celebration on the National Mall.

After his election, Trump considered Romney for secretary of state, before choosing Rex Tillerson for the role.

Elected to the Senate from Utah last year, Romney – a former Massachusetts governor -- has been one of the president's fiercest GOP critics at times, though he's also supported Trump on some issues.

Romney said Friday he opposes Trump's proposal to impose tariffs on Mexico to force the U.S. ally to stem the flow of migrants.

"Punishing Mexico in some way is, in my opinion, a very bad idea. It's also expensive for Americans," Romney said.