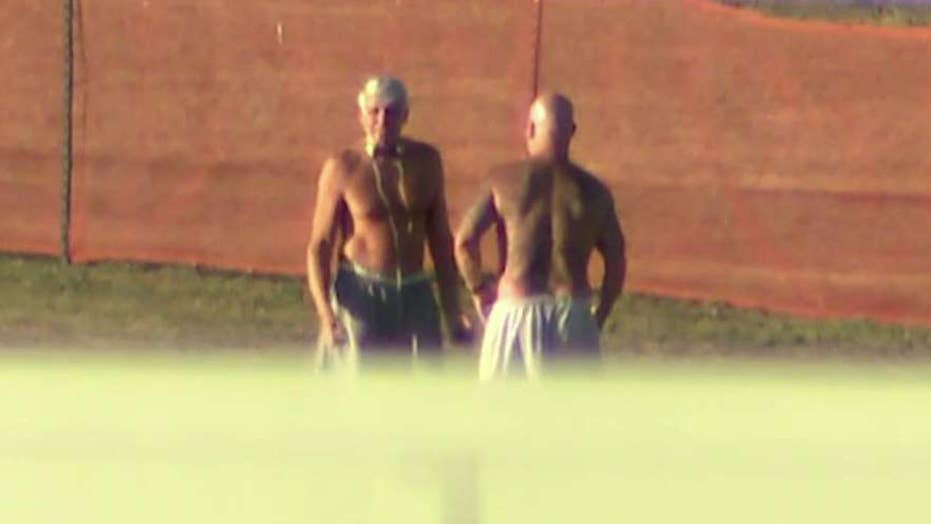 Illinois officials are seeking to disbar former Gov. Rod Blagojevich as he waits in a federal prison in Colorado for news on whether President Trump will commute his 14-year sentence on corruption charges.

The Illinois Attorney Registration and Disciplinary Commission filed a complaint against Blagojevich earlier this month and requested a hearing before a disciplinary panel, the Chicago Tribune reported. The complaint cited the disgraced governor's crimes -- which include trying to sell former President Barack Obama's vacant U.S. Senate seat.

The Illinois Supreme Court suspended Blagojevich’s law license indefinitely after his conviction in 2011 at a second trial on wire fraud, bribery and attempted extortion charges.

Attorneys for Blagojevich, 62, were served the complaint on Aug. 7, the day Trump said he was considering commuting his sentence. Blagojevich has until Aug. 28 to respond to the complaint.

James Grogan, deputy administrator and chief counsel for the ARDC, told the Tribune regulators must wait until the former governor's appellate options have been exhausted by state law before beginning disbarment proceedings.

“Unless you agree to essentially disbar yourself, we have to wait," Grogan told the paper.

The U.S. Supreme Court declined to hear the former governor's appeal in April 2018.

Blagojevich graduated from the Pepperdine University School of Law in 1983 and was admitted to the Illinois bar a year later. His law career was brief.

He worked as an assistant Cook County state's attorney where he was assigned to traffic cases before embarking on a career in politics.

He served as governor from 2003 until he was impeached and removed from office in 2009. He could be eligible for early release as soon as May 2024.