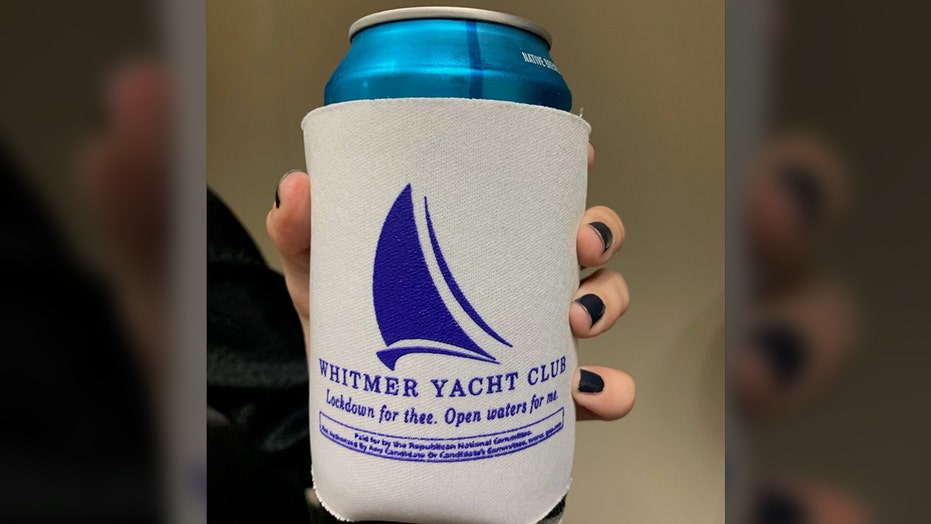 The Republican National Committee is now selling “Whitmer Yacht Club” koozies to commemorate the scandal Gov. Gretchen Whitmer faced when her husband name-dropped his wife to try to have their family’s boat put in the water far from their home in Lansing, despite Whitmer telling residents not to travel due to coronavirus.

"Lockdown for thee. Open waters for me," the koozie reads.

Whitmer, a Democrat, imposed one of the strictest lockdowns in the country, sparking frequent protests. What's more, she's told people not living in Northern Michigan to stay away from vacation spots there during Memorial Day weekend.

But Whitmer’s husband, Marc Mallory, apparently called NorthShore Dock to see if his boat could be placed in the water at the family’s second home in Northern Michigan.

He continued, "Our office personnel had explained this to the man and he replied, 'I am the husband to the governor; will this make a difference?'" The docking company later noted that Mallory respectfully accepted that the accommodation would not be possible.

Whitmer tried to distance herself from her husband’s comments, saying they were a “failed attempt at humor.”

“My husband made a failed attempt at humor last week when checking in with a small business that helps with our boat and dock up north," Whitmer said at a press conference Tuesday. “Knowing it wouldn’t make a difference, he jokingly asked if being married to me might move him up in the queue. Obviously with the motorized boating prohibition in our early days of COVID-19, he thought it might get a laugh. It didn’t.”

Whitmer added: “To be honest, I wasn’t laughing either when it was relayed to me. Because I knew how it would be perceived. He regrets it. I wish it wouldn’t have happened. And that’s really all we have to say about it.”

The RNC said the koozies are meant to commemorate the 100th day since Whitmer declared a state of emergency due to coronavirus, which was Thursday, and to mark the official start to summer. The governor has extended the state of emergency to July 16.