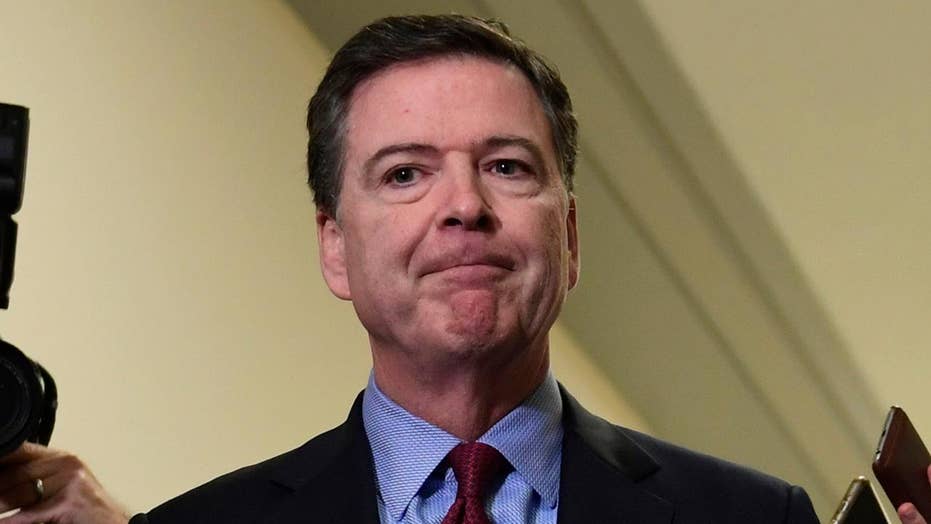 Did Comey really not recall answers to Congress' questions?

Republicans cede control of the House to Democrats on January 3.

The end of the 115th Congress marks an end to the GOP’s approach to probing the 2016 presidential campaign, allegations of election interference, potential political bias at the FBI & Justice Department and inquiries into Hillary Clinton’s emails.

Come January, one can expect Democrats to take a different approach with their investigations.

“There is popular demand for the Congress to request the President’s tax returns,” said House Minority Leader and Speaker-designate Nancy Pelosi, D-Calif. “I’m sure the White House will resist. And so the question is, where do we go from there?”

Republicans have paraded a series of witnesses through Congressional hearing rooms for transcribed interviews and depositions. Former FBI agent Peter Strzok and former FBI attorney Lisa Page were among those summoned to Capitol Hill. After a subpoena and negotiations, House Republicans finally crafted an agreement for former FBI Director James Comey to appear behind closed doors – so long as they released a transcript of the session 24 hours after the interview.

So, the coming days feature the end of the Republican inquest. Comey’s due back Monday for a second interview. Former Attorney General Loretta Lynch is also slated to appear separately in the coming days.

House Republicans tout the fact that Comey told members of the House Judiciary and Oversight Committees on 245 occasions that “I don’t remember” or “I don’t know” and even “I don’t recall” when facing questions on December 7.

The 245 number may be an interesting factoid. But a more prescient figure may be “four.” As in the investigation of “four Americans” who Comey says “had some connection to Mr. Trump during the summer of 2016.”

Rep. Sheila Jackson Lee, D-Texas, asked Comey about who and what the FBI began to probe in the summer of 2016.

“The FBI, in late July, opened counterintelligence investigations of four Americans to see if they were working in any way with the Russians to influence our elections,” said Comey. “At least some of them were. The FBI and the Department of Justice have not confirmed the names of those folks publicly, which is why I’m not going into the specifics.”

House Oversight Committee Chairman Trey Gowdy, R-S.C., asked if it was “fair to say” whether the FBI’s inquiry was into “the Trump campaign or Donald Trump himself?”

“Are you best friends with Robert Mueller?” asked Rep. Jerry Nadler, D-NY, the top Democrat on the Judiciary Committee.

“I am not,” replied Comey. “I admire the heck out of the man. But I don’t know his phone number.”

Comey told Nadler that he would “bet his life” that Mueller would do things “the right way.”

Comey caught lots of criticism for how he handled the election investigation. But conservatives also heaped scorn on former FBI Agent Peter Strzok. Strzok and Lisa Page exchanged a myriad of anti-Trump text messages. Strzok’s independence has always been in question. Comey told House members it was Strzok who helped him write the October 28, 2016 memo about Hillary Clinton’s emails. Investigators wanted to know if Clinton or aides mishandled classified materials. The memo suggested the messages “appear to be pertinent to the investigation.”

Comey told Rep. Steve Cohen, D-Tenn., that “it’s hard for me to see how (Strzok) was on Team Clinton secretly at that point and time. And he also was one of the handful of people in the entire world who knew we were investigating four Americans who had some connection during the summer of 2016, and he didn’t tell a soul.”

During his testimony and in a Capitol Hill hallway after his appearance, Comey asserted he had confidence in the FISA process and the warrant to surveil former Trump campaign foreign policy adviser Carter Page. Gowdy asked Comey who at the FBI “has the authority” to launch an investigation of a political campaign.

That inquiry prompted one of Comey’s “I don’t know” answers.

Comey famously met with President Trump in February, 2017. That’s where Comey says he felt the President directed him to halt the investigation. Comey said he thought such a request was “improper.” As a result, Comey wrote a memo about it so the FBI could decide how to proceed.

“Did President Obama or anyone in his administration ever make a demand or a request the FBI or the DoJ infiltrate or surveil the Trump campaign?” asked Rep. Ted Deutch, D-Fla.

“No. Not to my knowledge,” replied Comey.

Republicans were pleased to get Comey to talk. But not everyone was happy with the nature of the agreement.

Near the start of the interview, Rep. Matt Gaetz, R-Fla., told House colleagues that he was “not a party” to the deal the committees cut with Comey and didn’t “consider myself bound by it.”

Gowdy told Comey that the panels “intend to comply with the representations we made to this witness. I would encourage all of my colleagues to do so.” Gowdy added that lawmakers should respect the agreement “if for no other reason, to protect the integrity of the House.” 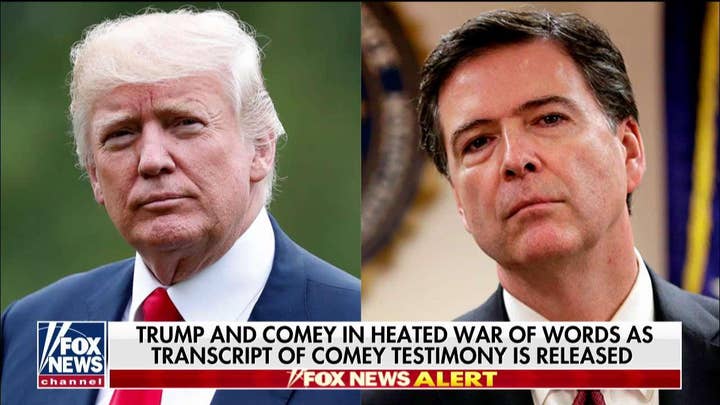 Nadler then suggested that if Gaetz didn’t like the terms, “perhaps he should be asked to leave.”

Gaetz didn’t depart. But Comey’s attorney, David Kelley, told lawmakers that “given the comments of Mr. Gaetz, we appreciate, and we’ll be sure that the chairmen of both committees will do the best they can to ensure that the terms of the agreement are abided.”

Gaetz didn’t exit until Comey concluded more than six hours later. As he left the Rayburn House Office Building, Gaetz groused that it took months for the committees to summon Comey. He described the meeting as “the final death rattle of Republican oversight.”

Not quite. The end comes when Comey and Lynch appear in the coming days. And then Republicans hand the baton to the Democrats.

“This is a waste of time,” declared Nadler, the incoming Judiciary Committee Chairman of the Comey interview. “The entire purpose of this investigation is to cast aspersions on the real investigation, which is (Special Counsel Robert) Mueller.”