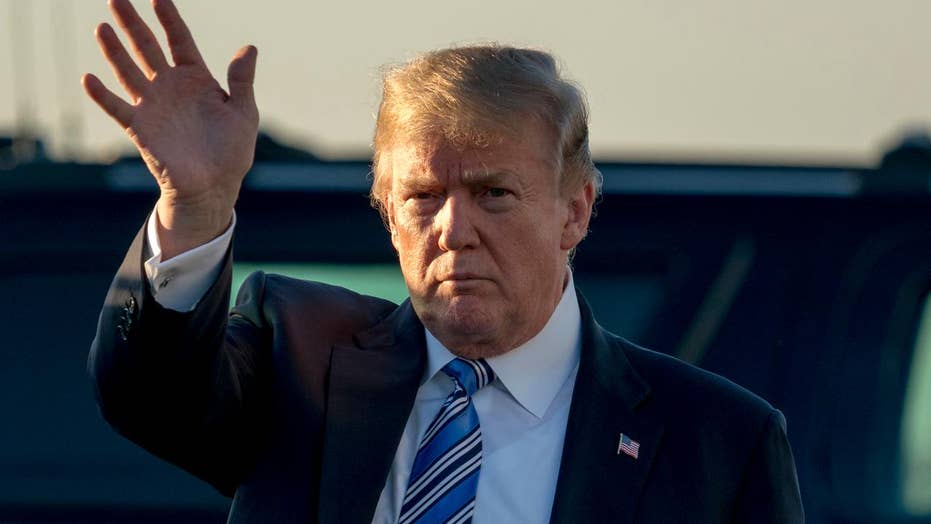 Do indictments of Russians vindicate the Trump campaign?

Indictments do not allege there was collusion between Russians and Trump's campaign; Rep. Ron DeSantis reacts to latest Russia investigation developments on 'The Ingraham Angle.'

Some Republicans are claiming the new FBI federal indictments in the Russia probe prove that the Obama administration “failed to act” on the intelligence that Moscow’s meddling in U.S. elections began in 2014

U.S. Rep. Devin Nunes, R-Calif., now chairman of the House Intelligence Committee, pointed out Friday that the committee has investigated Russian “influence” on campaigns for “many years.” He said he’s warned others about such threats since 2014, when he was a rank-and-file member of the committee.

“Although the Obama administration failed to act on the committee’s warnings, it’s gratifying to see that Russian agents involved in these operations have now been identified and indicted,” said Nunes. He argued in April 2016 that the United States’ failing to predict Russian President Vladimir Putin’s intentions was “the biggest intelligence failure that we’ve had since 9/11.”

A federal grand jury on Friday indicted 13 Russian nationals and three Russian companies for allegedly interfering in the 2016 presidential election. The case brought by Robert Mueller, special counsel for the Justice Department, details a plot to wage “information warfare” against the U.S. starting in at least 2014.

U.S. Rep. Devin Nunes, R-Calif., argued in April 2016 that the Obama administration's failing to predict Russian President Vladimir Putin’s intentions was “the biggest intelligence failure that we’ve had since 9/11.”

The Russian nationals are accused of setting a “strategic goal to sow discord in the U.S. political system, including the 2016 presidential election,” according to the indictment.

The indictment marks the first charges against Russian nationals as part of Mueller’s probe into whether President Trump and/or his associates colluded with Russians during the 2016 elections.

The Justice Department made clear in its case that the indictments do not allege Russian interference changed the outcome of the 2016 elections nor do they allege Americans were complicit.

The defendants are also accused of spreading derogatory information about Democratic presidential nominee Hillary Clinton, which combined with Rosenstein’s statement prompted a response from Trump.

“Russia started their anti-US campaign in 2014, long before I announced that I would run for President. The results of the election were not impacted. The Trump campaign did nothing wrong - no collusion!,” he tweeted Friday.

“You said Russia, not al Qaeda,” then-President Barack Obama charged during a 2012 presidential debate with Romney. “And the 1980s are now calling to ask for their foreign policy back because the Cold War's been over for 20 years."

Chaffetz on Saturday also doubted that the Russian influence changed the outcome of the 2016 elections and said, “I guess Mitt Romney was right.”