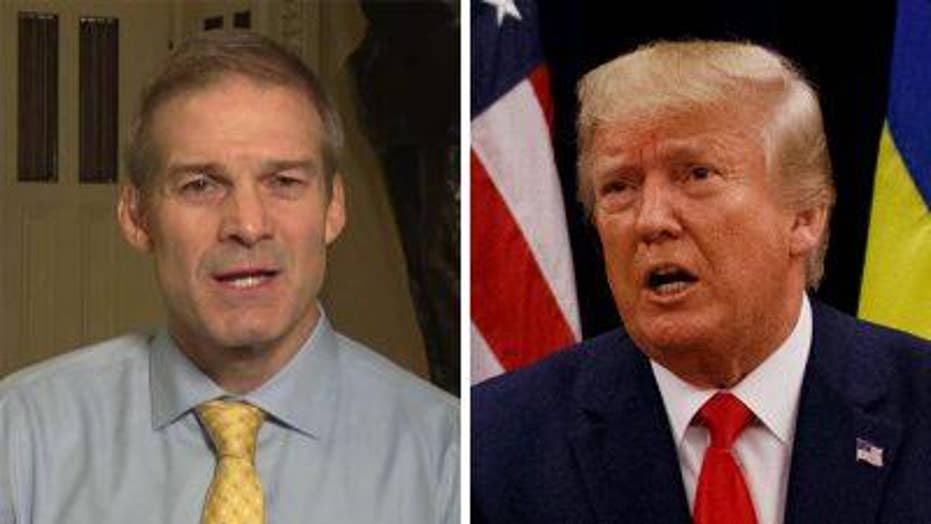 Congressional Republicans are blasting Democrats for charging ahead with subpoenas to the White House for information related to the Ukraine controversy amid their impeachment inquiry, claiming they did so without consulting GOP members.

Republican members of the House Oversight Committee, led by Ranking Member Jim Jordan, R-Ohio, penned a letter to committee Chairman Elijah Cummings, D-Md., late Thursday, requesting he hold off on plans to issue subpoenas to the White House and allow members, on both sides of the aisle, to debate and vote on whether to take action.

“You decided to issue this subpoena without consulting Republicans and without allowing Members to debate the terms of the subpoena,” Jordan and fellow Republican members wrote Friday. “Your memorandum cherry-picks and misstates information to propagate a misleading narrative about the President’s actions.”

They claimed such a move would prove “the partisan nature” of their probe and would violate a bipartisan agreement they had to consult with each other on subpoenas.

“We object strongly to the issuance of this subpoena and your stated reasons for issuing it,” they continued. “If you proceed with this subpoena over our objections, you will be violating our bipartisan agreement about subpoenas, trampling on long-held minority rights in the House of Representatives, and proving the partisan nature of your inquiry.”

The letter is just the latest instance of Republicans complaining over the Democrats' handling of the impeachment probe.

On Thursday, House Minority Leader Kevin McCarthy, R-Calif., urged House Speaker Nancy Pelosi, D-Calif., to suspend the impeachment inquiry until “equitable rules and procedures” are set up, and criticized her for the “swiftness and recklessness” which House committee chairs have acted with.

“Unfortunately, you have given no clear indication as to how your impeachment inquiry will proceed--including whether key historical precedents or basic standards of due process will be observed,” McCarthy wrote in a letter to Pelosi, also pleading to ensure Republican participation in the proceedings. 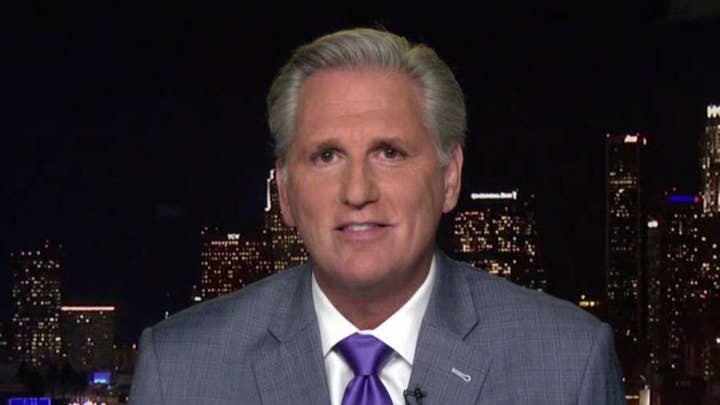 Relatedly, Trump is expected to send a letter to Pelosi as soon as Friday “daring” her to hold a vote on Democrats’ impeachment inquiry. The letter will say that the White House won’t comply with the Democrats’ investigation because Pelosi hasn’t codified the probe with a formal vote on the House floor.

Pelosi showed no signs of backing down, however, writing back to McCarthy: "The existing rules of the House provide House Committees with full authority to conduct investigations for all matters under their jurisdiction, including impeachment investigations. There is no requirement under the Constitution, under House Rules, or House precedent that the whole House vote before proceeding with an impeachment inquiry."

The Republican complaints come as House Democrats intensify and widen their impeachment inquiry. Last week, House Intelligence Committee Chairman Adam Schiff, Foreign Affairs Committee Chairman Eliot Engel and Cummings sent a subpoena to Secretary of State Mike Pompeo. Friday is the deadline for Pompeo to comply with the subpoena. If he doesn’t, the move will likely fuel Democrats’ case and could prompt obstruction allegations.

Committee leaders, meanwhile, had announced Wednesday they plan to subpoena the White House for documents related to any efforts to pressure Ukraine to probe Joe Biden. This is what prompted the retort from Jordan and other Republicans.

“The White House’s flagrant disregard of multiple voluntary requests for documents—combined with stark and urgent warnings from the Inspector General about the gravity of these allegations—have left us with no choice but to issue this subpoena,” a memo prepared by Cummings said.

Lawmakers are seeking documents "memorializing communications between President Trump and the leader of any other foreign country" that relate to Trump's efforts to pursue investigations of political rivals. The subpoena is directed toward acting chief of staff Mick Mulvaney. It requests 13 separate batches of documents related to the July phone call that Trump had with Ukrainian President Volodymyr Zelensky and related matters. The oversight panel will issue the subpoena in coordination with the House intelligence and foreign affairs committees, Cummings said.

Also on Friday, intelligence community Inspector General Michael Atkinson was testifying behind closed doors before the House Intelligence Committee. Atkinson is the one who originally flagged the whistleblower complaint about Trump's Ukraine call as an urgent matter of concern. His interview comes a day after committees heard from former U.S. Ambassador to Ukraine Kurt Volker.

Pelosi announced the formal impeachment inquiry last week, amid the uproar surrounding Trump’s July 25 phone call with Zelensky, in which he sought an investigation into the dealings of former Vice President Joe Biden and his son, Hunter Biden, in Ukraine -- namely, Hunter's lucrative role on the board of a natural gas firm and his father's role in the ouster of a prosecutor who had been investigating the firm's founder. Joe Biden has denied wrongdoing, as has Trump.

Democrats have claimed that the call revealed a quid pro quo, saying Trump tied his request to investigate the Bidens to military aid. Trump reportedly ordered his staff to freeze nearly $400 million in aid to Ukraine a few days before the call. The call transcript did not show Trump explicitly mentioning the aid as a bargaining chip.

In addition to the potential White House subpoena and subpoena for Pompeo, the committee chairs have also issued a subpoena for the president’s personal attorney Rudy Giuliani.