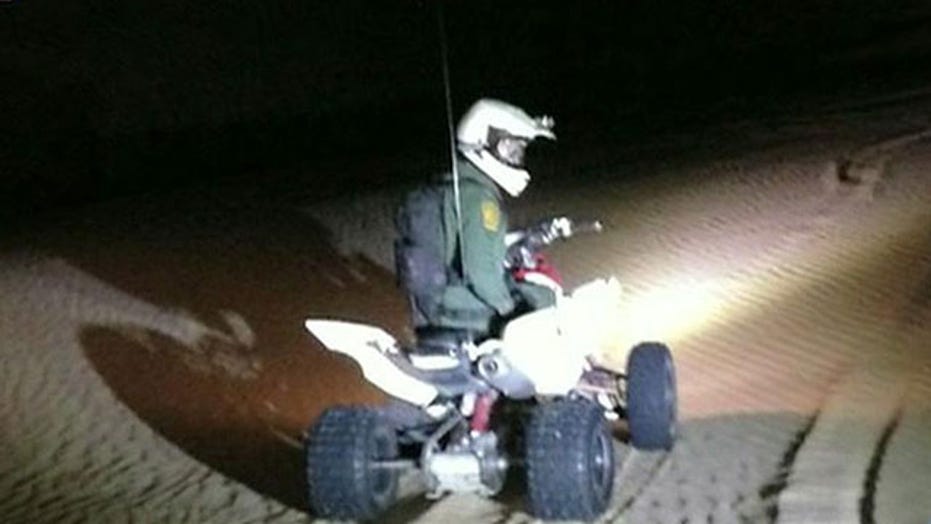 Republican senators complained Wednesday that plans to hold just one hearing on a yet-to-be-unveiled immigration overhaul are "unacceptable" -- as they continued to press for more details on how much the legislation could cost taxpayers.

Fox News has learned the proposed bill could be unveiled as early as Thursday. In anticipation of the release, Senate Judiciary Committee Chairman Patrick Leahy, D-Vt., announced his committee will hold a hearing on the legislation April 17.

Though Leahy noted this hearing would be the committee's fourth on immigration this year, Republican senators complained it would only be the first -- and possibly last -- on this specific bill.

"A single hearing scheduled so quickly to discuss legislative language that is not yet even available is completely inadequate for senators or the American people to get answers to the many questions a bill of this magnitude will inevitably raise," Sen. Mike Lee, R-Utah, said in a statement. "We could not possibly have a meaningful hearing with a substantive discussion of what will surely be over 1,000 pages of provisions we haven't even yet seen."

"We need a committee hearing on every component of reform, including the extraordinary potential costs to taxpayers, the impact on wages and job prospects for the unemployed, and the administration's continued refusal to enforce the laws previously enacted by Congress," he said. "Failure to commit to this kind of open process is tantamount to an admission that the bill is not workable and will not stand up to public scrutiny."

Sessions and Lee have been among the most skeptical Republican lawmakers when it comes to ongoing efforts to draft an immigration overhaul.

Those talks have largely been confined to the so-called "Gang of Eight," which includes four Democrats and four Republicans. A key member of that group is Sen. Marco Rubio, R-Fla., who has along with Sessions and others urged Senate Democrats not to rush the process.

Separately, Sessions and two other Republican senators on Wednesday sent a letter to the Republican members of the "Gang of Eight" asking for specific details on the projected cost of the immigration bill.

Though a recent agreement between big labor and big business on the issue of temporary worker cards was highly touted, the senators have tried to draw attention to what is arguably the bill's most controversial component -- the path to citizenship for up to 11 million illegal immigrants.

"A primary concern related to a large-scale legalization of illegal immigrants is the long-term cost for taxpayers," the lawmakers said in the letter Wednesday. The letter was signed by Sessions, Sen. Chuck Grassley, R-Iowa, and Sen. Pat Roberts, R-Kan.

Voicing concern that illegal immigrants who eventually obtain a green card and later citizenship would at some point be eligible for a host of federal benefits, they asked for a complete list of those benefits. They also asked for a list of benefits that would be denied during "probationary status."

Republican staffers on the Senate Budget Committee estimated last week that the annual cost to taxpayers of legalizing illegal immigrants could be in the billions.

But Rubio spokesman Alex Conant disputed the numbers, saying in a statement last week that it's simply too early to provide cost estimates.

"Since we don't yet have a legislative proposal, it's not possible to come up with anything resembling an accurate calculation about the potential fiscal impact of bipartisan immigration reform," he said.

Conant added that Rubio is concerned about the "potential fiscal impact" of the bill and will request an "in-depth" budget analysis.

While these applicants could eventually tap federal benefits, proponents of the path to citizenship will argue that they could help bring revenue into Washington by entering the workforce legally and paying taxes.