Green will report raising $650,000 in the second quarter, a number the campaign is touting as evidence that Hoosiers in the district are invested in her candidacy and will turn out for her in the November midterm election.

The figure also shows that in just one quarter, Green more than doubled the amount her campaign has raised, bringing the total to nearly $1 million with $450,000 cash on hand.

Speaking exclusively with Fox News Digital, Green celebrated her fundraising haul, outlined her plan to continue winning support from voters in the district and touted her military experience, as well as her experience as a Black conservative, to assert why she was the right candidate for the job.

INDIANA VETERAN COULD BECOME ONLY BLACK GOP CONGRESSWOMAN: ‘I’M EXHIBIT A AGAINST CRT'

"We're incredibly excited," Green said when asked about her fundraising haul. "There's a huge groundswell of support… and it's just encouraging."

"We know this is going to be a multimillion dollar race, and we're going to continue to press forward so that we do everything we can just to make sure that everything is out of our hands as far as giving the voters all the information about who I am, what I am doing, about who I aspire to be as a congresswoman," she added.

Green explained that as she goes out and talks with people in the district, her message to those facing difficulty under the economic crises plaguing America boiled down to three simple words: "Gas, groceries and grandkids."

"People are concerned about the fact that when we are having to determine between gas and groceries as far as our spending habits go whenever we leave our house," she said. "And we're spending our grandkids' money."

"So as fiscal irresponsibility continues to be highlighted, whether it's the president sending millions of barrels of oil to China, or whether it's the inflation that we continue to see on the shelves, whether it's our gas prices being the highest they've been for years, all those things, gas, groceries and grandkids, are the consistent things that we hear about," Green added, vowing that "fiscal responsibility" would be her priority if elected.

When asked how she would translate her experience in the military to serving Indiana as a member of Congress, Green pointed to what she referred to as the "parallels between the two systems."

Green blasted Mrvan, accusing him of not taking accountability for his "failures" and doubling down on his support for President Biden's policies that, she argued, were hurting the people of Indiana.

"There's a choice here in this race. Congressman Frank Mrvan represents President Biden in northwest Indiana, and I want to represent the region in Congress, and that's the difference," Green said.

"In the military, we look at the fact that unity is essential. It doesn't matter who you are, where you come from, what your background is. What matters are good ideas," she added.

Green stressed the importance of being an "effective messenger" to those she would represent in such a diverse district, which consists of large Black and Latino population, and expressed her desire to share "the realities of Black culture with the Republican Party."

"I believe we can unite this diverse district behind these common sense economic policies. And we can also help the Republican Party understand more about the voting bloc that has been long absent in our party," she said.

When asked about the treatment of Black conservatives by those on the left, including the liberal media and some politicians, Green explained that she had experienced the brunt of such criticism for not fitting into the mold of a traditional Black Democrat.

"I've experienced strong opposition as a Black conservative. The reality of it, though, is that people don't care how much you know until they know how much you care. And so when striving to care for people it's incumbent to ensure that they understand your heart, that they understand where you're trying to go and how you're trying to serve them," she said.

Green went on to explain instances while serving for years as a community leader with a youth aviation program in which her teaching and principles were questioned when people realized she was a Republican.

Green admitted it would be "easy" to run as a Democrat in the district, but that she had an obligation to stand up for "right and truth."

"I believe we're going to be able to overcome some of those negative stereotypes that come with being a Black conservative," Green said. "Yes, I hear it on the trail. Yes, I hear it and read it in our inboxes and our messages from people, but we'll continue to press on because we're doing what's right."

Green expressed disappointment in what she described was the way the Democratic Party treated Black people, making them feel "dependent," and that "everything will be lost if we don't continue to elect the same people over and over."

"I don't think that people that are in difficult situations, whether it's generational welfare, things like that, I don't think people want to be there. And so if you look at non-traditional Republican voters, specifically in the Black community, I believe that people will continue to see the light," she added.

Green argued that despite Democrats holding both the House and Senate and the White House, they were doing nothing for Black people.

"There has to be something better than where we are now. Whether we're indebted, whether we're discouraged, whether we're depleted in our bank account. All of those things are very realistic, but they're just continuous effects of Democrat-led government," she said.

"So do I believe that the Black community will understand the realities about Democrat-led governance, specifically the Biden-Mrvan agenda, and how it's impacting their pockets and our district? Yes, because they see gas prices, they see shelves, they see that our grandkids aren't going to have any funding for anything later, or they're going to pay for our decisions today," Green added. 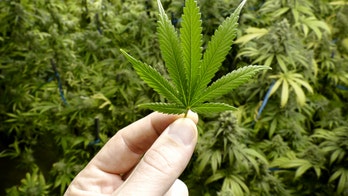 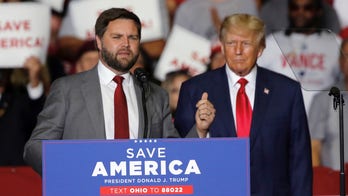 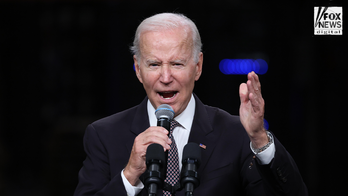